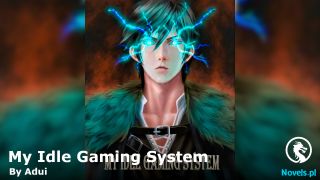 Chapter 898 Helping Each Other

Song Yunxuan was expecting her baby.

After pondering, she decided to go to the hospital to visit Song Yunxuan.

Chu Mochen had been by Song Yunxuan’s side the whole time. He frowned when he knew that Song Yunying called his assistant as she could not reach Song Yunxuan.

Song Yunxuan was not in good condition. He did not want to distract her when she was expecting the baby.

Chu Mochen was about to ask his assistant to reject Song Yunying.

But the assistant said, “Childe Chu, Miss Yunying insists that she has to see Miss Yunxuan.”

“What on earth does she want?”

The assistant said, “Miss Yunying won’t say it unless she sees Miss Yunxuan.”

Hearing what his assistant said, Chu Mochen had a rough idea. It was probably some scandals about Song Yunying which only Song Yunxuan knew.

In this case, Song Yunxuan might need to see her.

Chu Mochen pondered. Then he asked Song Yunxuan, “Has Song Yunying asked you to do her a favor recently?”

Chu Mochen was about to say something when Song Yunxuan said, “My friends Shao Xue and Zang Linger can see me. If my second elder sister cannot see me, someone’s gonna say something like I’m discriminating against her. This is not what I’d like to see.”

Though she was expecting her baby and feeling anxious, Song Yunxuan was still pretty conscious that everything she did would be judged.

Perhaps someone would even misinterpret her intentions for their own good.

Rumors were the scariest things in this world.

They were even scarier than the beasts.

It was likely that Song Yunying did not see Xue Tao suffering these days. And Xue Tao incited her at this critical moment.

Song Yunxuan had to meet her second elder sister anyway.

After all, the Xue Family could do her good. Though it was not enough to fill her appetite, it was still better than nothing.

“Could you please inform my sister for me?”

Zang Linger made it clear that she wanted to meet him in her message.

She said it was something about Song Yunxuan.

After her message, he was about to find some free time to see Zang Linger.

Since Song Yunying wanted to see Song Yunxuan, he could use this opportunity to see Zang Linger.

Song Yunying was already waiting outside the hospital.

She straightly headed to Song Yunxuan’s ward once she was informed that she could see her.

Song Yunxuan did not expect her arrival in such a short time. She smiled anyway. “Come and take your seat, sister.”

Chu Mochen cast her a quick glance. He was not pleased to see her.

“You two can have your conversation. I have something else to handle.”

Chu Mochen excused himself for leaving the ward.

After Chu Mochen left the ward, Song Yunying turned to Song Yunxuan worriedly. She said, “Yunxuan, I’m a bit worried that you have not given birth after the due date passed.”

“Nothing to worry about. It’s just laboring. It won’t be fatal.” Song Yunxuan said casually.

Song Yunxuan then took the initiative to ask, “Did Xue Tao say anything stupid again?”

Song Yunxuan sneered, “He must’ve been happy these days?”

Song Yunying looked even more concerned. “He heard that you are still pregnant after the due date. He said you will be in great danger.”

Song Yunxuan did see this coming.

But her prediction was not strong enough to worry her.

She felt that it might not be that dangerous. Thus, she did not tell anyone.

After all, she was the person who was about to labor. If she was anxious, people who cared about her would be more nervous.

That did not sound good.

Song Yunying shook her head and explained, “Of course, I hope you and your baby are both safe and sound. But the thing is that rumors are making me anxious.”

“I didn’t say that I wasn’t feeling well. And you’ve already started being nervous. What if something more critical happens? Are you gonna be scared to death?” Song Yunxuan’s voice was plain. “Sister, you used to be bold when you were in the Song Family.”

She was immediately reminded of the thing Xue Tao said previously. Once Song Yunxuan gave birth, she would get back at her.

“What happened in the past is all my fault…” Song Yunying panicked and apologized to Song Yunxuan for her past deed.

Song Yunxuan smiled at her apology and said, “Sister, that’s all water under the bridge now. I said I wouldn’t mention it, and I will never do so. I forget that you picked at me or that you tried to kill me.”

Song Yunying was a bit surprised at Song Yunxuan’s words.

Song Yunxuan said, “Xue Tao has scared you with this several times, hasn’t he?”

Song Yunying did not reply.

But Song Yunxuan thought she acquiesced with her expression.

It was nothing surprising anyway.

Xue Tao and his families were good at nothing but stirring things up.

Now that the Shao Family was done, Xue Tao could do nothing big.

But he could still sow discord when it came to such minor issues.

Song Yunying was already scared because of her past hostility towards Song Yunxuan. Every time Xue Tao mentioned this, she would be afraid.

If Song Yunxuan said nothing to comfort her, Song Yunying probably would feel at risk every time they met.

“Though you wanted to take my life, you didn’t do so. Plus, we’ve agreed that I’ll keep your secret, and your kid will listen to me in exchange.”

Song Yunying nodded. “If my kid can grow up safely, I’ll thank you for your protection.”

If it hadn’t been for Song Yunxuan, the Xue Family would have done something evil to Song Yunying.

Song Yunxuan said, “I can spare the Xue Family. And your kid can be the heir. But he will need to befriend and help the Little Master of the Gu Family.”

Song Yunying was a little surprised at Song Yunxuan’s words, “You’re saying that my kid and Gu Changge’s son, Gu Yi, will help each other?”

Song Yunxuan nodded. “Your son will be on Gu Yi’s side. You have my words, and Gu Yi will never give up on your son. If the elders in the Xue Family have a long life, Gu Yi will keep your son’s secret before every insider of the Xue Family dies.”

If she did not agree or failed to perform well, things could get nasty.

Song Yunying was also aware of the pros and cons.