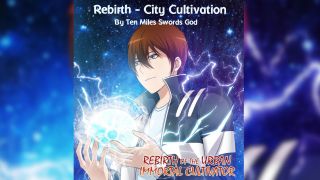 «Reborn Aristocrat: Return of the Vicious Heiress (Web Novel) - Chapter 1883: I Was Wrong, Please Forgive Me!

After applying the ointment, Si Yiyan tenderly massaged the bruise on her wrist.

Wen Xinya saw that his expression remained dark and his lips were pressed into a line. A sliver of fear swirled in her heart and she threw herself into his arms coquettishly. “It’s really not painful. Even if a 1.9-meter strong man is standing before me now, I can beat him down with one punch.”

With that, she curled her hand into a dainty fist and waved it around.

What was such a small injury compared to being so loved and doted upon by Si Yiyan?

He didn’t hurt her on purpose and she was also in the wrong. No matter what happened between her and Si Yiyan, she should not have so easily blurted out things like breaking up and canceling the wedding. Perhaps it was just an impulsive act, but on the other hand, it also reflected her flippant attitude toward this relationship.

For her to say such things, Si Siyan was the one who was truly hurt.

With that thought, her heart was filled with self-reproach and guilt. She lifted her head to look at Si Yiyan with teary eyes.

Si Yiyan reached over to hold her tiny fist and cheekily exposed her. “Braggart!”

To be able to beat down a 1.9-meter strong man required both strength and explosive power from one’s body.

All these years, although he had personally taught Xinya many fighting techniques, and she was actually pretty good at them—a woman was by nature lacking in strength. Moreover, she had a late start in learning, which limited her full potential. It was impossible for her to beat down a 1.9-meter strong man with just one punch.

Wen Xinya pouted and held his arm. She apologized sincerely. “Yan, I’m sorry. I will never spout out things like breaking up so wantonly again.”

When she had blurted out those words, she had not considered Si Yiyan’s feelings at all.

Si Yiyan had always been a calm and placid man. But on hearing her say she wanted to break up with him and cancel their wedding, he was filled with sudden roaring rage, such that even she couldn’t help shivering in fear.

It could be imagined just how angry Si Yiyan was earlier.

Si Yiyan mildly changed the topic. “You made a special trip down today, is it because you have something important to tell me?”

Having rushed down and waited for an hour and a half—she would not have been so angry if it had not been anything important.

“Yan, I was wrong, please forgive me! I will never again dare to…”

Wen Xinya looked somewhat despondent. Si Yiyan’s refusal to discuss this matter proved that he was still angry and had no intention of forgiving her. She switched up her formal apology stance and instead snuggled into his embrace and reached out to wrap her arms around his neck. She wriggled against his chest and spoke sweetly and coquettishly.

Even Wen Xinya herself couldn’t help feeling goosebumps at how coquettish she sounded.

But Si Yiyan was obviously very receptive to it. He hugged her waist and enjoyed the warm, soft body of this little vixen. She was like a beautiful female snake, one who intoxicated his mind and captured his soul and caused his heart to yearn unbearably for her.

Under normal circumstances, he would have already morphed into a wolf and gobbled her up.

But today was the day he would be tested on his self-control.

He had pampered her too much over the years and now she was behaving without any restraints. Like today, she just blurted out that she wanted to break up and cancel their wedding at the slightest provocation. He must teach her a lesson that she would never forget and once and for all stop such behavior.

Wen Xinya felt very disappointed at his lack of reaction. “Yan, I’m sorry! Actually I myself don’t know why I fell into such a rage today and completely lost control of my temper. It was like I had become a firecracker and felt exceptionally explosive and sensitive. All sorts of emotions just rushed over me the moment I saw that An Feiya.”

She made a woeful expression and sighed despondently. Her face was filled with regret, sadness, unease, and anxiety, and together with her piteous voice—her acting skills were enough to win an Oscar.

She was speaking the truth. Even she herself didn’t know what had come over her today.

Mirth flashed across Si Yiyan’s eyes as he watched her put on her pitiful act, while at the same time sneaking looks at him from the corner of her eye. He asked, “Is it because you have been too stressed at work lately?”

At that, his hands were already on her back, massaging her and taking advantage of the situation to run his hands all over her.

Although he could not gobble up this little vixen now, his self-control was really being tested beyond his limits—it wouldn’t hurt to just enjoy a little groping for now!

Hence, Si Yiyan flagrantly used his massaging as an excuse to enjoy the feel of her soft, warm body.

“Yes, yes! It must definitely be because I have been too tired and stressed by work recently.”

At this point, she had no inkling that Si Yiyan was taking advantage of her. Instead, she thought he was pampering her and felt very satisfied. She smiled slyly and a smug glint flashed across her eyes.

During this period, Wen Corporation suffered a double whammy from both external and internal issues. Now they were prepping for a major battle to overturn the situation, and as the administrative chairman, it could be imagined just how much pressure she was under.

Si Yiyan didn’t speak but narrowed his slanted eyes. A wondrous obscure haze enveloped his face as his hands nimbly massaged every single part of her body.

Meanwhile, the earlier tension in the room had already dissolved. Instead, an amorous air now started to fill the space.

Wen Xinya decided to strike while the iron was hot. “I’m more or less done with my work tasks, so I can spend more time with you during this period.”

She gazed ingratiatingly at Si Yiyan. “I heard Gu Yuehan say that you have been very busy at work lately, and you often forget to eat lunch. You have lost a lot of weight. Let me cook for you during this period and give you the nourishment that you need. Alright?”

The soothing sensations of the massage spread across her body like electricity, relaxing her completely. An Feiya’s appearance was no threat to her, but it served as a wake-up call.

She must take good care of her own man and not allow anyone else the chance to come between them. She must nip the bud of any possible problems that might arise in the future and manage this relationship properly. To do so, she must invest more time and effort into Si Yiyan.

Si Yiyan looked at her calmly but didn’t say anything. His bland reaction made Wen Xinya feel like she was just discussing the weather.

Actually, it was not that calm inside his heart.

Wen Xinya had been busy with work, and although she didn’t really neglect him because of it, they had really spent far too little time together, as he himself was also swamped with work.

He was naturally happy now that she said she would make more time to spend with him.

“Tell me is that alright!” Wen Xinya shook his arm and whined.

Wen Xinya felt despair at his lack of response. Her own face darkened as she couldn’t help complaining inside: He was truly a petty guy who was so difficult to handle!