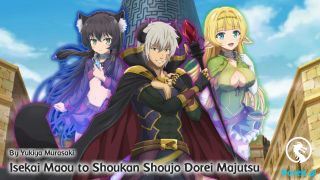 «Reborn Aristocrat: Return of the Vicious Heiress (Web Novel) - Chapter 1557: What Are Their Odds of Winning

Chapter 1557: What Are Their Odds of Winning

Wen Xinya had never expected that the Lanxin Company would meet with a vicious acquisition, because the Lanxin Company had a rather perfect structure, dealing with skincare products, health supplements, investment, properties, and even had a corporate social responsibility group, and could already somewhat compare to some listed big companies within the country. Once it became listed, it would become one of the leading corporations locally. Of course, naturally, it couldn’t be compared to a giant like the Wen Corporation, but what the Lanxin Company lacked was merely time.

To acquire such a perfectly structured business would exhaust massive manpower, resources, and finances, and there weren’t many people who were willing to take such a risk. This time, a Laos company wanted to viciously acquire the Lanxin Company, making Wen Xinya truly realize that the real test for the Lanxin Company had arrived.

Successfully defending it would reflect their abilities and the Lanxin Company’s capability.

Otherwise, the career that she had worked so hard to build would land in the hands of others—who else could she blame?

That was the cruelty of the business world.

The door to the room was pushed open and Si Yiyan strolled in. “Why aren’t you sleeping in—did something happen?”

Wen Xinya’s emotions could never escape Si Yiyan’s eyes. Now, although she seemed calm and natural, the solemnness that she radiated was still detected by him.

Wen Xinya told him about the vicious acquisition of the Lanxin Company. “With such a major thing happening, how can I sleep.”

Her tone was subconsciously coquettish.

Si Yiyan pulled her onto his legs and nimbly massaged the acupressure points of her head. “How will you have the energy to deal with these problems if you don’t have a good rest?”

Although Si Yiyan didn’t quite expect that the Lanxin Company had met with a vicious acquisition, he wasn’t too shocked either. The Laos corporations’ ambitions towards the Chinese market had been obvious all along.

In the tens of years of financial development in China, every field which had potential was threatened by international corporations. It was also within his expectations that the health supplements market would meet with this today—otherwise, it would have been tomorrow.

Wen Xinya gradually relaxed with Si Yiyan’s skillful massage techniques. “Si Yiyan, what do you think are the odds of a local health supplements brand defeating an international corporation?”

Si Yiyan asked, “Do you want the truth or a lie?”

Si Yiyan answered, “The truth is that a local business’ battle with an international corporation has a less than 30% chance of winning. The choice of most of the famous local brands, when faced with an acquisition, is almost automatic. As for the lie, seems like there’s no need to say it now.”

Although she knew that Si Yiyan was speaking the truth, Wen Xinya still felt awful. “You’re right. The potential and outlook of China’s health supplements market are indeed rather stunning. International corporations targeted this market and are merely taking advantage of the fact that the health supplements brands are just building up locally, have weak foundations, and are easily attacked.”

China’s local businesses had suffered international corporations’ acquisitions and mergers for many years, causing them to lose the right to compete in the international market and affecting China’s financial situation.

Wen Xinya slightly gritted her teeth and said, “However, so what—regardless, I can’t just give up the career that I’ve worked so hard for so many years to build to those shameless robbers.”

Wen Xinya’s pride, determination, as well as the glory of her race didn’t allow her to give up without fighting. Even if she could suffer huge losses, it was still worth a fight, wasn’t it?

Si Yiyan wasn’t surprised by Wen Xinya’s reply. “If the Lanxin Company declines to be acquired, it’ll go head-on with the international corporation. Actually, this isn’t a wise choice. Lanxin Company will face a tough battle. You’ve gotta be prepared.”

Of course, nothing was absolute.

The key was still the other party’s next step and the local health supplements brands’ reaction.

Wen Xinya pouted her mouth, rather unhappy. “What do you mean—you’re so demoralizing. Do you support me to fight or to accept the acquisition?”

Saying which, she couldn’t help but stare at Si Yiyan ruthlessly.

However, she already felt awful. There had been many famous local brands which only enjoyed fame for a short while. Some had been viciously acquired and some were merged—both were rather cruel.

Si Yiyan said mildly, “I’m just stating facts so that you understand the severity of the matter instead of allowing you to passionately fight blindly and end up badly injured.”

Of course, despite this, Si Yiyan still supported her decision.

Wen Xinya stared at him and said, “Fighting passionately is the best weapon that the Chinese have that allowed us to survive catastrophes, battles, and other tests. To think that you still call yourself China’s purest blood descendant—can you have some pride for your race?”

The pride of the Chinese was deeply ingrained. It was a kind of pride that penetrated their souls, which enabled them to survive the scary natural disasters and cruel battles and instead made them even stronger.

Si Yiyan touched her head and consoled her. “Do you need my help?”

If Lanxin Company were to directly face the international corporation, the outcome was certain. However, if he were to help, the threat would no longer be a threat.

Wen Xinya became angry. “Stop looking down on me. Let me tell you, Lanxin Company won’t be bullied so easily. I’ll let anyone who tries to bully it suffer.”

Si Yiyan couldn’t help but smile. “Since you’re so confident, it seems like you already have a way to manage this.”