Chapter 1022: Wen Xinya Must Have Cheated

No, I must have logged onto the wrong web page.

She had come in second!

How could it be? I must have seen wrongly.

Ning Shuqian refused to give up. She then began searching Wen Xinya’s name and it was as if she got blinded by the digits, 703.

“It can’t be. How can Wen Xinya attain such a high score?” Ning Yuya shrieked at the top of her voice while glaring at the computer screen. Her eyeballs almost fell out of her eye sockets.

I must have made a mistake. Wen Xinya can’t achieve such brilliant results. Or maybe, someone else in Lan Feng Institute has the same name.

Ning Shuqian clenched her jaw tightly while staring at the computer screen, almost boring a hole through it.

Ning Yuya snatched the mouse from Ning Shuqian and clicked the search bar, after which she input Wen Xinya’s name and proceeded to search. However, only one name appeared, proving that there wasn’t another person who shared the same name as Wen Xinya. Her eyes had not been playing tricks on her.

“This isn’t real. Wen Xinya must have cheated during the exam. Otherwise, she wouldn’t have been able to attain such a high score.” Ning Yuya gritted her teeth angrily while glaring at Wen Xinya’s name on the laptop screen, wishing she could stab Wen Xinya.

Yes, Wen Xinya must have cheated.

Those thoughts began to grow and develop in Ning Yuya’s head.

Ning Shuqian’s eyes were bloodshot. She had never expected that Wen Xinya would be able to achieve such stellar results. She had been waiting for the release of the results, waiting to see Wen Xinya make a fool out of herself. Yet… things did not turn out the way she had expected them to. She felt like a score of 703 was like a smack in her face.

Ning Yuya grabbed her mobile phone and said, “Wen Xinya definitely cheated. I’m going to expose her online and bare her true colors to everyone else. I shall see how she secures her position in the upper-class society.”

Ning Yuya logged into her private account on Weibo and clicked on Wen Xinya’s profile, only to receive a great shock when she saw the comments on her profile which kept refreshing. In a moment of anger, she commented furiously: “You guys have been fooled by Wen Xinya. There’s no way she can attain such a high score. She cheated during the exam, she cheated, she cheated…”

Less than a second after the comment was published, someone replied: “The person upstairs, who are you? Why don’t you post your results here and let everyone take a good look? Are you just suffering from emotional trauma after being attacked by our Queen? Let us heal you!”

“You must be hiding behind a spam account! Which coward is trying to shame and criticize our Queen again this time? I detest cowards like you who hide behind a screen to talk bad about others.”

“That person named ‘Little Fish’ must be tan, ugly, skinny and shriveled up like salted fish. She must be psychotic and vicious. That’s why she doesn’t dare to own up and reveal her identity.”

“There are photos as evidence. This account named ‘Little Fish’ is actually Queen’s stepsister Ning Yuya!”

Less than a minute later, Ning Yuya was exposed and her armor was gone. The commenter had already found out that Ning Yuya’s private account didn’t have any other friends except Ning Yuya’s account, and that Little Fish and Ning Yuya tended to log onto Weibo at the same time.

She was flabbergasted and began hurling vulgarities.

“What the heck? Bitch, get lost. Will you die if you don’t criticize others? I’ve never seen anyone as shameless as you.”

“Hasn’t this bitch already been sent abroad? Why has she returned so soon to harm Queen?”

“She’s just like Xia Ruya. They’ll never learn their lesson. I hate these psychos. They’re so young and already so vicious.”

“These people are mad. They’re out of their minds. What poison has Wen Xinya fed them with? They’re actually so defensive of her,” Ning Yuya murmured while staring at a comment on her mobile phone, which she smashed onto the ground in anger.

Her mobile phone was smashed into bits and the battery even fell out of the case.

Noticing that her emotions were getting out of control, Ning Shuqian hurriedly pulled Ning Yuya onto the seat beside her and said, “Yuya, it’s my mistake for predicting wrongly this time. We didn’t get to see Wen Xinya making a fool out of herself. Instead, we even gave her the chance to steal the limelight. However, it’s only because she was lucky this time. She won’t be that lucky again.”

As long as the project for the entertainment city went well, she would be able to claim credit for the success and secure a footing in the Wen Family. By then, it would be a piece of cake for her to deal with Wen Xinya.

Ning Yuya still could not get a grip on her emotions. “She had a lavish homecoming party followed by an extravagant coming-of-age ceremony. Next, she even got to be on the cover of Poise Magazine. And now, she’s achieved such stellar results. It’s unfair… what rights do Wen Xinya have to gain all the benefits? Why should she…”

Even Ning Shuqian gritted her teeth in anger. “Yuya, she won’t get to be smug for too long.”

However, Ning Yuya could not register her words at all. With a look of resentment on her face, she exclaimed, “Mother, I hate her so much! If it weren’t because of Wen Xinya, I wouldn’t have been sent abroad and become a drug addict. You wouldn’t have developed a mental illness, either. Although your condition has been controlled, it’s difficult to get rid of the root problem. Ruya wouldn’t be in such a sorry plight, either. She’s been abandoned by the Wen Family and disowned by the Xia Family. In the end, she has no choice but to flee the city and we still don’t know where she is now.”

Wen Xinya was the cause of everything.

Ning Shuqian pulled Ning Yuya into her arms and said, “Yuya, I hate her too, and every single day I wish that I can rip her into shreds. Don’t worry… I won’t let her off. I’ll make her taste the misery that you went through too one day.”

The thought of Ning Yuya suffering a drug relapse made her incredibly exasperated.

Ning Yuya’s eyes turned red and she leaped into her mother’s embrace to bawl loudly in agony. She could not understand why Wen Xinya enjoyed such benefits while she did not. She felt that she was nowhere inferior to Wen Xinya who, unlike her, was ill-mannered and boorish. She felt that it was unfair for her to be in such a pathetic plight. 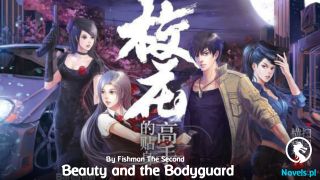