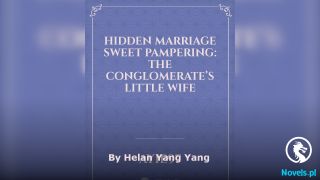 This Wailing Well was rather interesting.

At this point, Ye Qingtang was deep in thought. Since the competition started, she had felt that things were a bit off. After entering the Wailing Well, everything had just spun out of control.

Just those above-Emperor level monsters alone were enough to prove that things were abnormal.

The Wailing Well was no friendly place. The academies couldn’t have been so careless. They would have investigated all team competition venues thoroughly before allowing their students to enter.

However, this Wailing Well had been an exception. The various academies did not get the chance to investigate the location, but Universe City had assured them that their own men had checked it.

Why didn’t the Universe City discover any above-Emperor level monsters during their investigation?

In addition, why had the teleportation talismans suddenly fail to work?

The defective teleportation talismans were no accident. All the talismans had been defective. It was like someone had planned it.

Ye Qingtang grew increasingly calm as she started to link up all the different incidents.

Everything had been part of a huge set-up. And the teams who entered the Wailing Well were preys to be hunted in this trap. But even now that the situation was clear, they still could not use the teleportation talismans to leave the Wailing Well. And no one could handle those above-Emperor level monsters. This was a place in hell where one was sent to die.

Even Ye Qingtang was unable to come up with any good solution. But it seemed that the illusion of an ice lake appeared to be the only exit.

Nevertheless, now that things had come to this, Ye Qingtang could not just leave and abandon those students she had brought in. She had to bring them out with her.

Meanwhile, in the outside world.

Through the image transmitted by the ball, Wen Qi frowned deeply as he watched Luo Sheng’s team encounter those terrifying above-Emperor level monsters just moments after entering the Wailing Well.

“How could this be…”

Veins popped up on the Vice-President’s forehead.

Wen Qi was not the only one. The other academy leaders also expressed their sympathy when they saw what happened to Luo Sheng’s team. They grew increasingly worried for their own men.

“Have we yet to find the Universe City people?!” Wen Qi stood up and shouted in rage.

The academy leaders shook their heads. “We have been searching non-stop but those Universe City people seemed to have left no traces behind at all. It was like they had never been here before. I think we won’t be able to find them so soon.”

One of the academy leaders snorted. “No matter what, we must root them out. Even if we have to turn over the entire place!”

“That’s right. The Universe City folks were the ones who insisted on using the Wailing Well. They are definitely linked to what’s happening now!”

“Actually, on second thought, not only did the Universe City people insist on the Wailing Well, but they were also the ones who set the rule that no special artifacts are allowed. And after the appearance of the above-Emperor level monster, the Universe City folks have all disappeared without a trace. There’s no way they are not connected to this matter!”