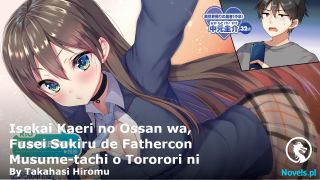 Gu Wei frowned slightly. “Qin Feng knows very well why that happened. If he is that upset, it shows there’s something wrong with his character. With such a petty mind, it is difficult for him to achieve anything.”

Lowering his gaze, Qin Xuan hid the smile flashing across his eyes and maintained his humble expression. “Even so, he is still part of the Qin family.”

Gu Wei sighed but couldn’t deny that he was pleased by Qin Xuan’s “kind intentions”.

“Never mind. Go if you wish to. It will be a good thing if he can come to his senses.”

By that stage, Qin Feng had already stepped onto the platform. He had just announced that he was a challenger, but before he could state his target, a figure flew down from the high stage.

“Brother Feng.” Qin Xuan stood on the battle platform and gazed meaningfully at Qin Feng. Taking this opportunity, he secretly glanced at the sword in Qin Feng’s hand.

From this close distance, he had a clear look at that sword.

The Sword of Destruction?

Was it really the Sword of Destruction?

He had seen Ye Qing hand this sword to Qin Feng. How did the Sword of Destruction end up in the hands of such a weak outsider?

The more he thought about it, the more Qin Xuan found it very strange. He had come onto the platform to trample Qin Feng into the mud, as well as show off to Gu Wei the skill disparity between the two of them. In addition, he also wanted to take a look at the sword to see if it was the real Sword of Destruction.

Qin Feng remained expressionless as he gazed at Qin Xuan.

“Brother Feng, I know that you feel very aggrieved that your powers have deteriorated, but one cannot force one’s way in the practice of martial arts. Moreover… if you are defeated here right in front of everyone, it will tarnish the reputation of the Qin family.” Qin Xuan sighed.

Below the platform, Lei Yan and the others were waiting eagerly to watch Qin Feng sweep the floor with his opponent. Who expected that before Qin Feng could announce his target, Qin Xuan had appeared on his own accord.

“What is Qin Xuan doing? Did Qin Feng call out his name? He turned up on his own accord. What does this have to do with him?” Lei Yan frowned. Due to an earlier incident, they were already at odds with Qin Xuan. They knew Qin Xuan’s true face and would never believe that he was trying to dissuade Qin Feng for his own good.

Unless pigs could fly!

The corners of the lips of Nangong Lie and the rest also twitched. They also had very little regard for the pompous Qin Xuan.

“Tarnish the reputation of the Qin family? Is he dreaming?” Nangong Lie was incensed and felt like charging up there to spread his eyelids wide and show everyone clearly just how “deplorable” Qin Feng’s true powers were.

This was a Divine Lord First Heaven peak level practitioner! He could easily defeat three of them at once!

Qin Xuan had just ascended the Divine Lord stage and he was at most at the same level as the rest of them. A guy like him dared to make such a grand gesture in front of Qin Feng? Was he looking to die?

As he stood on the platform with a benign expression, Qin Xuan had no idea what Lei Yan and the rest were thinking. After ascending to a certain high cultivation stage, unless they actively revealed their level, they could purposely conceal their true powers.

This was why no one had realized the true cultivation levels of Lei Yan and the rest when they first returned to the academy.