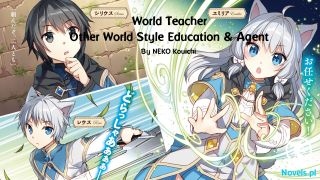 Chapter 953 All the Elites Will Have to Make Way

This place used to be enveloped in air currents and Spirit Mist.

But then, beams of light shot out and the array around the Reincarnation Sect was overwhelmed, turning into light rays. Even people dozens of miles away in Tianyuan City could see that.

Goddess Shenxi was finally out.

At this moment, even ordinary people knew about it.

Shenxi had indeed come out! After cultivating for three years, she had finally refined the Butian Pill. She stepped out of the Xuantian Mountain with air currents and golden light surrounding her.

“Thank you for coming.”

This Goddess became more beautiful than she used to be right before entering seclusion. With long black hair and fair skin, tall and slim, she was even more powerful than before. Still, those who had a higher level knew that she still had yet to form a Golden Core.

Shenxi first greeted all the elites and elders.

She was going to go through the Golden Core Thunder Tribulation on the top of Xuantian Mountain seven days later and she was inviting the elites to be there.

It was difficult to form a Golden Core.

Apart from the forming process, she had to go through the Thunder Tribulation to complete a divine-grade Golden Core. That was what the cultivators focused on. Most elites failed at this step in the past.

“We’ll certainly be there,” everyone replied.

Shenxi then quickly returned to the Xuantian Mountain.

She was still unstable and was at the most critical moment, so she couldn’t be outside for too long. However, Shenxi seemed to be powerful, which astonished everyone and gave the disciples of the Reincarnation Sect confidence. The elders also gave a beaming smile and decided to organize a banquet to celebrate the first-ever birth of a sect Goddess!

Even though Shenxi only showed up for a while and didn’t even see Xiao Mang and Chen Fan, Chen Fan could feel something was wrong.

He was powerful enough to see the problem right away.

“Shenxi is being too hasty. She must cultivate for fifty years if she wants to form a divine-grade Golden Core. Even so, there’s only one-tenth of a chance she can succeed. Almost no one can enter the Golden Core Level after barely three years,” Chen Fan thought.

A divine-grade Golden Core was way more difficult to form than they expected.

Even a really powerful sect might only have a handful of them.

In the last hundred thousand years, Mount Emperor only had a few Divine Princes, which showed how hard it was to form a divine-grade Golden Core.

Unfortunately, the Reincarnation Sect didn’t know about it.

They were still preparing for the grand banquet. Many elites and Overlords of the Heavenly Regions went to witness the glorious moment of the Reincarnation Sect.

The Xuantian Mountain was completely enveloped in air currents and people could feel that someone powerful was about to come out!

A grand banquet was about to start and countless elites from different regions were on their way to attend.

Chen Fan patted his sleeves and walked down the mountain slowly with Zhao Juexian, Lin Wuhua and the others.

It was time to end everything.

“The Grand Elder of the Black Buddha Sect in the Nifu Heavenly Region is here with his disciples.”

“Goddess Long Hua of the Long family in the Dragon Burial Region is representing her leader and is offering a hundred thousand Spirit Stones.”

“The Deputy Sect Master of the Haotian Sword Sect is here with his elder and Sword Prince, and they’re offering one piece of superior-grade Spirit Treasure…”

There was a stage lifted by Dharma Power looking over Xuantian Mountain. The elders were all up there with their best disciples. They became thrilled as they watched the heavy hitters come one by one.

“The Reincarnation Sect hasn’t been so lively for thousands of years. The last time we had such a banquet was when Ancestral Patriarch Hongyang became a Heavenly Lord.”

“Right, Shenxi is going to form a super-grade Golden Core and will become a Heavenly Lord soon. Together with Xiao Mang, the True Dragon Goddess, the Reincarnation Sect might have two Nascent Soul Heavenly Lords in the coming thousand years. Even the Longevity Sect isn’t as powerful as we are.”

“The Longevity Sect only has Luo Changshen, who ranks twenty-first on the Longevity Roll. How can they call themselves the leader of the top ten Heavenly Sects? They should have given way to the other sects.”

The elders burst into laughter.

“Yuelon, I heard that your disciple’s brother hurt quite a lot of people. The Sect Master of the Ghost Underworld Sect came to me,” Lin Shan, the Grand Elder, said.

This Grand Elder was extremely powerful.

The place where he was sitting collapsed and turned into something akin to a black hole. When he spoke, everyone remained silent.

Elder Yuelon frowned and said, “That kid is indeed a bit arrogant, but it’s not a big deal.”

“Not a big deal? I heard that the Ghost Underworld Sect, the Gongsun family, the Heavenly Jade Institute, the Red Flame Heavenly Region and Xiao Hong of the Demon-suppressing Heavenly Sect want to go after that kid. He angered everyone and the elites of the other sects even accused us of sheltering a criminal.”

The elder of Mount Jueyan sneered.

Zhang Dongshan stood behind him and nodded.

“Yuelon, even though he’s Xiao Mang’s brother, he has no sense of propriety.”

“Does he think that he’s Li Huaixian, Jun Aochen or Chen Beixuan of the Beihuang Region?” a few elders added.

Those elders were powerful entities in the sect. Everything they said represented the decisions of the entire Reincarnation Sect. Once they spoke, they had already given Chen Fan a death sentence.

Hua Nonyin could only sigh.

“Elders…” Yuelon was about to explain.

Then, the Grand Elder said, “Enough! The Reincarnation Sect will not get involved. We can only save his life once. The rest is on him.”

The Grand Elder was their leader when the Sect Master wasn’t there.

The elders nodded and agreed with him. Even Elder Yuelon could only shake her head. She had only kept Chen Fan alive because of Xiao Mang. She didn’t care about anything else.

Hua Nonyin listened to what the elders said and heaved a sigh.

“My friend, you’re too weak after all. If you were a Nascent Soul Heavenly Lord, an elite of the Longevity Roll like Li Huaixian and Jun Aochen, or an Overlord like Chen Beixuan, these elders would not dare to do anything.”

She closed her eyes.

She knew Chen Fan was going to pay for his arrogance.

At the banquet, the elites had already settled down.

Those who sat on the stage were either Sect Masters and elders of the Heavenly Sects or elites of the Longevity Roll. They were shining, followed by True Dragons, surrounded by Fire Phoenixes, or their eyes were golden. Each of them was extremely powerful.

Normal cultivators could only sit somewhere else.

The Xuankong Sword Prince looked at the stage and said, “Gui Mingzi, the Liyang Sword Lord, Gongsun Kui, Goddess Long Hua, Wang Xuanlong… Almost half of the elites of the Longevity Roll are here.”

Mu Yanping chimed in, “Unfortunately, among the top ten cultivators on the Longevity Roll, only Xiao Hong who ranks seventh and Gu Xiaoyi who ranks fifth are here. Li Huaixian and Jun Aochen haven’t arrived yet. The Elixir Monarch, Chen Beixuan, is also nowhere to be seen. Without them, the banquet lacks some color after all.”

“Hm, my Senior is here. That kid is going to die,” Wu Shan said as he stared at the entrance.

Many elites arrived one after another. The climax of the banquet arrived when Jun Aochen showed up. Even the Grand Elder of the Reincarnation Sect went to welcome him in person. Countless people moved closer to see this elite.

Jun Aochen was indeed a peerless Overlord who ranked second on the Longevity Roll, right after Li Huaixian. He was handsome and his energy was as powerful as that of the old cultivators.

“He’s indeed a top cultivator on the Longevity Roll. If there are any Heavenly Lords in the coming thousand years, he will surely be one of them.”

Even the Grand Elder had to sit with Jun Aochen.

Xiao Mang also glanced at Jun Aochen several times, while the sisters of the Zhu family and Sisi had become fangirls.

“Ah! This is what a real elite looks like. Your brother doesn’t deserve to be adored. From now on, Jun Aochen will be my forever goal. I have to marry him,” Sisi screamed excitedly.

Xiao Mang laughed. She had to admit that Jun Aochen was indeed charming. Chen Fan could only compare to him when he was more powerful, back when he confronted the Ancient Demons by himself. He was indeed inferior right then.

“Brother… Where are you?”

The girl heaved a sigh.

Wang Xuanlong, Gufen and Long Hua were sitting near the edge of the stage and looking around.

A year had passed, Chen Fan had defeated them and it was a severe blow to those elites, but they had become more powerful and they might even reach a higher ranking on the Longevity Roll.

Gufen looked at Jun Aochen, Xiao Hong and those who were sitting at the center, and suddenly asked, “If Elixir Monarch Chen is here, where do you think he’d sit?”

Long Hua and the Heavenly Jade Sword Prince were shocked.

Wang Xuanlong finished the glass of wine and said respectfully, “If Chen Beixuan is here, all the elites… will have to make way for him!”

The others were first startled, then they nodded seriously.

Outside the banquet hall at the Xuantian Mountain.