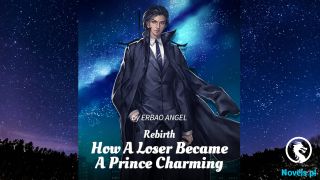 «Rebirth – City Cultivation (Web Novel) - Chapter 883 One After Another

Chapter 883 One After Another

“It’s the Blood Fiend Army!”The sight had terrified everyone. Four True Righteousness Qi gushed out from Chu Yuanding without him even noticing it.

The Beihan Region hosted countless sects and hundreds of Golden Core Cultivators. Conquering the city was an onerous task even for Chen Fan.

“Perfected Cultivator, let’s pull back for now. The joint army of the Beihan Region had over a hundred Golden Core Cultivators, but it was defeated by the Blood Fiend Army nonetheless. No one can challenge them on the battlefield,” Xia Jinlong put in.

“What do you think, Perfected Cultivator Chen. Is the Blood Fiend Army your worthy opponent?” Lie Shan laughed. Meanwhile, another Blood Fiend Sect emissary was casting a cold glare at Chen Fan.

Everyone looked to Chen Fan expectantly.

Everyone knew that Chen Fan had defeated ten Golden Core Cultivators at once. However, those foes were fighting as an organized army. When working as a team, the deadly force of the Blood Fiends could wipe out anyone under the Nascent Soul realm.

The blood dragon danced in the sky ostentatiously as if taunting Chen Fan. On the ground, Lie Shan’s laughter sounded jarring and pompous. A deadly silence fell over the city as everyone waited for their impending doom.

As the army got closer to the city, people could even see the expressionless face of the Blood Fiend Sect soldiers. They had donned crimson armor and wielded blades tainted by blood. As they descended upon the city, the earth trembled and moaned for the inevitable loss of life.

“Perfected Cultivator Chen, what should we do?”

Even Zhao Juexian couldn’t hold back the fear and distress.

Although he had seen Chen Fan defeating the Ancient Demons at the Two World Peak, he knew that it wasn’t an easy fight for Chen Fan, either. It was difficult to tell if Chen Fan still had enough energy in him to deliver those world-shattering blows.

Chen Fan looked up with an indifferent expression.

“It’s just so so, much weaker than the Ancient Demons’ Battle formation.”

Chen Fan’s words halted Lie Shan’s laughter. The two emissaries looked to Chen Fan with confusion. They wondered if Chen Fan was bluffing or whether he truly meant it.

“Zhao Juexian, keep an eye on these two. I will show them how weak their army is,”

Chen Fan linked his hands behind his back and directly flew to the sky to face the ranks of Blood Fiends. He carried a great measure of nonchalance as if the legions of deadly soldiers were not a threat.

Many people shouted in their minds.

Chen Fan was small compared to the flood of enemies. The Blood Fiend Army was the Blood Fiend Sect’s pride. Why would Chen Fan play into his enemy’s strongest asset?

However, what they saw next was beyond their wildest imagination.

Chen Fan flew up, accelerating as the golden hue on his body glowed brighter. The glow had an indestructible quality in the way it shined.

By the end, it was impossible to estimate Chen Fan’s speed. His body split open curtains of air and pierced through the web of reality. Everyone watched as he turned into a streak of blinding golden light.

Eighteen of the mid-stage Golden Core Cultivators inside the Blood Fiend Army shouted a command in unison.

Suddenly, a crimson light lanced up and formed a Fiend Blade that was ten thousand meters long. The blade hacked at Chen Fan with the combined might of a hundred thousand cultivators. Not even a Divine Prince could withstand the brunt of the attack.

However, Chen Fan rammed into the blade unflinchingly.

The golden energy didn’t stop there; it kept going for another ten kilometers and completely penetrated their defenses before it came out from the rear of the formation.

The ten thousand Blood Fiend cultivators were shocked; they turned into frozen statues, confused and in disbelief.

No one could believe their eyes when Chen Fan reappeared.

“Is this really happening?”

“Perfected Cultivator Chen is so powerful!”

Xia Jinlong was shocked. Chu Yuanding and Lord Red Dragon gaped in disbelief. However, the two emissaries were still yapping.

“He went through our formation, so what? Did you know that the Blood Fiend Army consists of a hundred thousand Connate Cultivators and hundreds of Golden Core Cultivators. How many warriors can Chen Beixuan kill in such a short time? When our army gathers its strength, we could simply overwhelm him with sheer numbers.”

Even as their words were about to cast doubts into everyone’s minds, another incredible development unfolded before everyone’s eyes.

Explosions erupted from the distance as a few hundred Blood Fiend cultivators exploded from the inside out.

Before people found out what was going on, a few thousand cultivators joined the ranks of self-destruction. Explosions came wave after wave, claiming countless lives. After a while, the entire Blood Fiend Army had perished. Their blood turned the battle ground into a crimson sea.

The people in the city then heard a loud din directly above their heads.

A shower of deadly explosions erupted above the city, rendering the area around the urban region into a death zone. However, the royal city of the Beihan Region was untouched by the onslaught. The forces resulting from the explosion were weakened until they became a mere breeze as soon as they neared the city.

The series of explosions lasted for another two minutes.

Everyone was shocked by the development.

Gripped by disbelief, no one spoke a word inside the city. Xia Jinlong and Chu Yuanding were turned into frozen statues; their eyes were gazing blankly into the distance.

The two emissaries were shaken to the core.

Chen Fan flew back to the city and floated directly above them.

“Emissary Lie, what do you think of my art? Am I a worthy opponent of your invincible army?”

Lie Shan was speechless as his teeth shattered.

He struggled to lift his shaking head to regard the smiling young man. Lie Shan had thought that Chen Fan was of an average level of attainment: an early-stage Golden Core at the most.

However, he had slaughtered a hundred thousand connate cultivators and hundreds of Golden Core Cultivators with such ease and levity.

“How… How is this possible? Is he a Heavenly Lord?”

The thought sent a chill down Lie Shan’s spine.

Only the Heavenly Lord Essence Neonate could have defeated an entire army all by himself. Not even Lord Blood God could have pulled off such a miracle.

The Blood Fiend Army was the backbone of the Blood God Sect. It took the sect hundreds if not thousands of years to build only four of such deadly legions. They were formidable forces and were used only when necessary.

However, once it was mobilized, nothing could have survived its attack. Regardless if its opponent was a late-stage Golden Core Cultivator, or a Grand Perfected Cultivator, the fearsome horde could overpower them with ease. Only the legendary Divine Prince could have a chance at holding out its strikes.

Without waiting for a reply, Chen Fan produced a small black banner and threw it at the sea of blood.

The black banner looked ordinary in the beginning. However, it started to grow in size as soon as it landed in the blood. It drank blood from the ground, giving the black pigment a crimson hue.

“I have to thank you, Emissary Lie. I have constructed eighteen Banners of Heavenly Fiend and needed fiend cultivators’ blood to complete my work. The Ancient Demons had completed only five of them for me. I thought the rest would never get done, but here comes Emissary Lie and his generous donation.”

Chen Fan recalled the Banner of Blood Fiend to his hand and cracked a smile.

“Now, I hope you don’t mind being the Artifact Spirit of my new banner.”

The other Blood Fiend Emissary passed out after hearing the announcement. Lie Shan gritted his teeth as life and color was drained from his face.

By then, the onlookers finally realized that the battle had ended in victory. They looked at Chen Fan with fear and respect. Some of them kowtowed to him and shouted:

“All hail to you, Perfected Cultivator!”

Everyone, including Xia Jinlong, Huang Zhenting and Chu Yuanding were all seized by their deep reverence toward Chen Fan. After seeing the slaughtering of such an army, and the creation of a spirit artifact, they revered Chen Fan as a god.

Zhao Juexian put on a respectful face, but there was a hint of disappointment flickering in his eyes.

After Chen Fan had done his business, he flew out of the royal city of the Beihan Region.

He learned from Lie Shan that the Blood Fiend Sect had been sieging the Old China Town for more than half a year by then.

“I need to go to the Old China Town.”

Chen Fan’s eyes shone brightly as he grabbed hold of Zhao Juexian and flew away toward the Chinese settlement.

Meanwhile, a sea of blood had been formed outside the Old China Town. A wash of iridescent light flickered by fits and starts deep within the bloody sea like a feeble candle light in a stormy night.