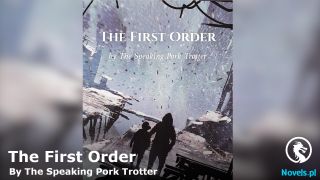 The main reason she could anger Jin Yi Xuan was because of contrast.

After all, the previous host had never treated Jin Yi Xuan like this.

This contrast was very satisfying!

When she was in the office, she kept reading up on Gong Yu Bai.

He really was a mysterious person……

Moreover, he really was handsome……

Luo Qing Chen looked up to see that it was her agent sister Mi opening the door.

“What is it, sister Mi!” Luo Qing Chen said with a smile, “Did it go smoothly with Fei Fei yesterday!”

Lan Fei Fei was the artist that sister Mi went with yesterday.

The forever second female artist, but she never had a scandal.

“It did!” Sister Mi nodded while putting a stack of documents in front of her, “After I called you, I kept feeling bad. I called a few large directors and made appointments for you to audition.”

Luo Qing Chen looked at the blue folder and seeing how thick it was, there should be at least twenty scripts in there.

The previous host really was popular. Even if she didn’t play the female lead in “Youth”, she was still a popular actress.

If she didn’t fall because of Jin Yi Xuan, her status in the entertainment industry was something that Gu Fan Fan would never be able to reach……

“Thank you, sister Mi.” Luo Qing Chen gave a chuckle, “I will look over them! You shouldn’t blame yourself! What’s mine will be mine and what’s not mine won’t be mine. This kind of thing can’t be forced.”

Sister Mi was surprised when she heard this.

It wasn’t her first day working with Luo Qing Chen, so she naturally knew that her temper wasn’t that good.

Then adding in the fact that Jin Yi Xuan was her fiance and Jin Yi Xuan had always been her weakness in this world.

If it was before, she definitely would have made a fuss!

But today, why was she so……calm?

“You and Yi Xuan……” Sister Mi asked in a worried voice, “Are you fighting?”

In the eyes of outsiders, it was the polite Jin Yi Xuan.

It was a pity that Jin Yi Xuan never liked seeing the previous host, so he never knocked when he opened the door to her office.

“Yi Xuan!” Sister Mi greeted him first. Jin Yi Xuan gave a slight nod in response before turning to Luo Qing Chen, “Director Xiao wanted to invite you over, he felt a bit awkward about what happened yesterday. The second female lead of “Youth” hasn’t been chosen yet, so you can head over.”

This was a complete commanding tone and Luo Qing Chen didn’t hear any tone of inquiry at all.

Jin Yi Xuan put his hands in his pocket. He felt suddenly uncomfortable in this office that he had hated.

“Youth” suddenly losing Luo Qing Chen had been scolded on the web. Then there was Gu Fan Fan not having any fame, which made it more awkward.

There wasn’t a shortage of keyboard warriors and some people even said that Gu Fan Fan only got this opportunity by sleeping with the director.

After Gu Fan Fan learned about these rumours, she cried silently for a long time. When he saw this, his heart felt sorry for this girl.

This role that she worked hard to get was ruined by those keyboard warriors.

Director Xiao suggested it was best for “Youth” to have Luo Qing Chen. If she was the second female lead, although the popularity would be reduced, it could explain the newcomer and the keyboard warriors would back off.

Director Xiao naturally knew the relationship between Jin Yi Xuan and Luo Qing Chen, so it was easier for Jin Yi Xuan to mention this difficult matter.

Jin Yi Xuan even thought that it would be easy!