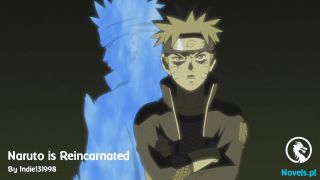 Silence was the most deadly.

This atmosphere gave off a very ‘awkward’ feeling.

Jin Yi Xuan knitted his brows and pressed the button while pretending not to care.

He really was pretending……not to care.

It was the first time that he was feeling like this in his entire life.

It was as if there were countless ants crawling on his heart, making him feel very uncomfortable.

But when he was feeling like this, the elevator door opened once again.

Standing at the elevator door was Gu Fan Fan who gave off a rustic feeling.

It wasn’t that Luo Qing Chen was insulting her. Star Group was the largest talent agency in the country and the artists would all choose to dress appropriately.

Gu Fan Fan was just too normal and there was no professional stylist to design her look.

It was too much to try to be a star by putting on a bit of makeup, some lipstick, and wearing a dress that didn’t fit properly.

“I’m sorry, I’m sorry.” She bowed her head to apologize out of habit. When she saw it was Jin Yi Xuan, she smiled.

A person who was only qualified to be a background actor had suddenly become the female lead, she wouldn’t have had this chance if not for Jin Yi Xuan!

In front of this noble person and with the fact that he was so handsome, it was hard not to like him.

Gu Fan Fan pursed her lips and crossed her hands at her chest, “Am I not dressed formally enough? Ye Su said that there was a meeting today and I’m not used to dressing up……”

This girl really was kind and there was an inexplicable aura that attracted him.

But this light seemed a bit dimmer compared to yesterday.

He didn’t know why it dimmed. He always felt that there was a dazzling light coming from the corner of the elevator.

“It’s fine.” Jin Yi Xuan shook his head again. He looked at Luo Qing Chen and said in a bit of a sarcastic tone, as if he wanted to get her attention, “Stars are all the same when they’re properly packaged.”

“Really?” Gu Fan Fan immediately replied to Jin Yi Xuan, but Luo Qing Chen stood there with her hands in her pockets, not saying a thing.

If it was the previous host, she definitely would have said in an arrogant voice: Not everyone can be a star, alright?

Moreover, Gu Fan Fan had stolen her female lead role in “Youth”, so it was normal that she didn’t like her.

With his understanding of the previous host, if she found it hard to accept before, she definitely wouldn’t endure now.

But he never thought that she wouldn’t say a word!

What was with Luo Qing Chen today? Was she angry at him because she didn’t get the female lead role in “Youth”?

He, he, he! This is good, he could find a suitable time to break their engagement.

“Mister Jin, did I ask a foolish question……” Gu Fan Fan awkwardly looked away, as her eyes fell right onto Luo Qing Chen in the corner.

“No, I was just thinking about how to answer……”

Before Jin Yi Xuan could finish, Gu Fan Fan cut him off by looking at Luo Qing Chen and asking, “Is this miss Luo Qing Chen who I accidentally spilled coffee on yesterday?”