Support
Random Novel
Me, a Hero? Not Possible! 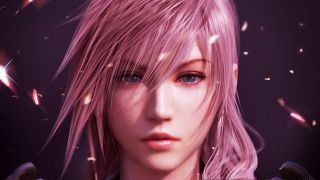 “You don’t want it?” Sister Mi on the other side was a bit dejected. After all, this novel was very popular and if Luo Qing Chen could win this role, it would definitely be heated since there was a scandal with Jin Yi Xuan.

It was her fault this time. She never thought that such a stable role would be snatched away by some unknown person.

After all, Gong Yu Bai was like a god in the entertainment industry. Not to mention a newly popular star like Luo Qing Chen, even a famous actress couldn’t get to him.

An absolute ascetic man, keeping strangers away was his absolute brand.

No matter what kind of reputation or fame they had, Gong Yu Bai was like this. In short, his image was perfect in the eyes of his fans.

In other words, no matter who stirred up scandals with this person, they would quickly become famous from all the news coverage.

After all, the male lead was cold and if she didn’t create a meeting, they might never cross paths!

“Qing! Are you sure you want Gong Yu Bai’s itinerary?” Sister Mi said in a worried voice, “He isn’t……a person that can be easily approached.”

Now that Luo Qing Chen hadn’t gotten the female lead role in “Youth”, if there was bad news that she tried to forcefully approach Gong Yu Bai, god Yu’s countless fans would attack her.

This wasn’t worth it.

“Relax, I naturally have my own ways.” Luo Qing Chen revealed a smile, “I just need you to help me get a copy of Gong Yu Bai’s schedule for the week.”

It’s been a long time since she was on the pure offense with a male god!

This made it even more challenging for her.

“Alright! When do you need it?”

“As soon as possible.”

The next morning, Luo Qing Chen received an email from sister Mi.

Inside was Gong Yu Bai’s itinerary.

It had to be said, he really was the most free actor she had ever seen.

For the whole week, he only had a single flight that was heading to the South Pole.

South Pole? Was he going to see the penguins?

What was with his head?

He didn’t accept any endorsements, TV series, or films, but he went to the South Pole to see the penguins!

Was there something wrong!

She quickly replied to sister Mi’s email and had her prepare plain tickets!

Going to the South Pole was fine, at least there wouldn’t be that many fans at the airport, so her identity wouldn’t be easily revealed.

Other than that, she could go through seas of flames and mountains of swords to get the male lead, there was nothing to fear! So what was a trip to the South Pole!

[Does the host really have nothing to fear?]

I was just speaking casually, why are you so easy to trick!

She was on a flight for tomorrow, so she should go to the Star Group today.

In Luo Qing Chen’s eyes, the previous host should get up from where she fell.

Running away would never solve a problem.

Since Jin Yi Xuan’s eyes had been run over, choosing a girl like Gu Fan Fan.

Then she wouldn’t show a downcast look.

What a joke! Showing affection in front of her to get her attention?