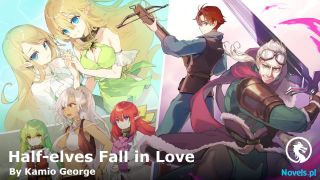 “Careful!” Luo Qing Chen called out. The girl turned around and a pair of clear eyes that were familiar appeared.

“Mu Jin……” She recognized this girl with a single look.

In the end of the world, she was the girl who protected her half brother. Although she wasn’t a Power User, she had done all she could.

She never thought……that they would meet again……

This feeling was like meeting an old friend in a foreign country. Although she didn’t remember anything, there was a special feeling.

But even if they were familiar with each other, it couldn’t change the trajectory of the basketball.

With a loud sound, the ball hit her on the head.

It was because the ball was thrown too hard that Mu Jin couldn’t stand up straight and fell to the ground.

Hua Cai Jin and Luo Qing Mian both saw this and they both ran over to Mu Jin to help her up before saying at the same time, “Are you alright?”

Mu Jin still hadn’t recovered from being hit in the head, so she took a step back in fear and quickly shook her head, “I’m……I’m fine.”

She was supposed to report in as a freshman, but she was late because of something that happened along the way.

She never thought that as soon as she arrived, there would be a basketball that fell from the sky that would hit her in the head.

Hua Cai Jin was the first one to recognize this girl in front of him. He was a bit excited as he held her hand, “You are Mu Jin?”

At the same time, Luo Qing Mian recognized her and said with a faint smile, “I never thought that we would meet again.”

Compared to the present world, the friendships from the end of the world were more cherished.

Mu Jin was clearly surprised by these ‘friendly people’. She scratched her head as she said in a confused voice, “How do you know my name!”

“Because……” Before they could finish, Luo Qing Chen came from not far away and said to Mu Jin with a smile, “Because they have a crush on you!”

“Si!” Everyone around took a cold breath.

The two factions immediately revealed looks of rage and jealousy.

Hua Cai Jin and Luo Qing Mian looked at Luo Qing Chen with stunned looks, but she gave a gesture that they were very ‘familiar’ with.

She spread her hands!

Mu Jin was a bit stunned. Only when she came back to her senses did she carefully look over these two youths.

This was her first impression of these two. Seeing their beautiful faces against the light, her face turned a bit red from embarrassment.

“Ke, ke……” Luo Qing Chen cleared her throat and said, “Class is about to end! I’m going to have lunch with classmate Qian Si Nai, so you two can send Mu Jin to the infirmary for a check up.”

“A hit to the head from a basketball can be big or small. If there is a concussion, you might even lose some memories. If you think about things from another world, it won’t be good!” Luo Qing Chen had a ghost of a smile before waving her hands at them, “Big sister can only help you with this, the rest is up to you!”

As soon as her voice fell, Qian Si Nai took her hand and looked at her with a doting look before saying by her ear, “I never thought that our family’s Qing Qing was a matchmaker!”

“I just can’t stand those little girls chattering all day. If there is a girl who can end their single lives, it’s a good thing.”

“So who do you think will get Mu Jin?”

“Ah?” Luo Qing Chen thought about it before saying, “I don’t know!”

In the years of youth, boldly chasing something was necessary. Let alone the fact that she was an excellent girl.

In her eyes, no matter who caught Mu Jin, they would be lucky.

Of course, this wasn’t her luck!

After all, she had Qian Si Nai……