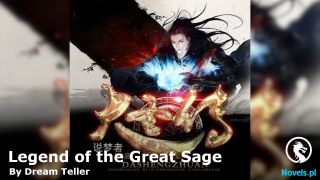 “Because I heard someone say that people gave her love letters.” Qian Si Nai touched her face and kissed her tears, “I will be jealous.”

No matter how many difficult situations he went through, he desperately came to her side with his own beliefs.

No one could stop him, no one in heaven and earth at all.

Even the god of death……couldn’t do it.

Luo Qing Chen was surprised before suddenly thinking of what happened at the Qian Manor. It turned out that he had heard her……

“I feel that our family’s Qing Qing’s ringtone is very nice.” He revealed a gentle smile as his eyes sparkled while looking at her, “So I called you.”

“Un.” He softly replied with a voice that was a bit choked up before he took her in his embrace again.

The surrounding temperature rose again and the clouds in the gloomy sky slowly dissipated.

The lights in the room stopped flickering and making strange sounds.

Qian Si Nai’s hug was very warm, so warm that she felt that she would be able to sleep peacefully if she closed her eyes.

No more waking up in the middle of the night, no more nightmares……

It was unknown how long passed before Luo Qing Chen slowly left his embrace.

She pursed her lips and looked at him with a slightly arrogant look. He raised his hand and patted her on the head.

This scene had made Hua Cai Jin unconsciously smile.

He gave a soft clap as he looked at Qian Si Nai to say, “Brother, welcome back.”

Luo Qing Mian saw this and then immediately stood up to wave his hand, “Big brother, welcome back. Eh, I’ll take this seat first then! Un, right, it’s like that.”

“Un humph?” Qian Si Nai narrowed his eyes and raised a brow, “How come not only you are able to see, you retain your power to see the future in this world?”

Then he continued, “Anyway, it’s good that you could come back……

“I tried my best to come back to your big sister.” Qian Si Nai looked at Luo Qing Chen with an infatuated look, “I’m afraid that she wouldn’t be able to wait and would like someone else.”

“Brother, relax, I’ll help you watch over her!”

“You’re the one that worries me the most!”

Perhaps it was because they had experienced the end of the world and parting of life and death, so she cherished this quiet and beautiful world even more.

But since that day, her classmates were all very scared of her.

Although she maintained the ‘gentle’ appearance, they would all respectfully bow when seeing her.

What made her feel the most awkward was that whenever the teacher looked at her, she would immediately turn away.

It was so fast that she felt that she could even catch up to the zombies in the end of the world.

But it was worth mentioning that Qian Si Nai, Hua Cai Jin, and Luo Qing Mian were known as the Three Musketeers by the students.

Although the name was a bit jarring, it had to be said that their eyes were good.

These three people took care of a single princess, so naturally there were many envious looks.