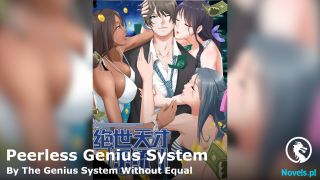 The words of the surrounding classmates fell onto her ears and her trembling eyes turned to Hua Cai Jin.

At the same time, he also turned his eyes to Luo Qing Chen.

Those bottomless eyes suddenly became a bit flustered. The always calm him leaned out a bit to first see who this new classmate transferring into their class was.

It was like the footsteps came from hell and with each step, the temperature in the classroom dropped by another degree.

“Si.” The teacher couldn’t help shivering, but she still turned to the youth who was slowly walking towards the class.

She was completely stunned, as there was a strong attracted feeling that filled her.

“The teacher is stunned, so he shouldn’t be ugly!”

“I don’t feel he should be ugly, he should look a bit dangerous, like a punk.”

“No, you are wrong.” Da Chong opened the back door and looked to the southeast. What entered his eyes was a near perfect face.

He kept leaning back to see more clearly, but he never thought that he would lose his balance and fall to the ground.

“Aiyo!” There was a cry of pain as Da Chong rubbed his butt, but he didn’t forget to look at the youth not far away.

Chun Hua looked at him with a speechless look before saying in a voice filled with reproach, “What is a man like you getting excited for? It can’t be that you’re excited to see someone uglier than you, right!”

“Ugly?” Da Chong gave a cold laugh, “To be honest, I’ve never seen such a handsome person in my life.”

“Really?” The classmates beside him all asked him this.

Chun Hua didn’t forget to ask, “Don’t listen to his nonsense. I feel that it’s not a handsome guy, that’s why he’s saying this.”

Luo Qing Chen heard the discussion of her classmates around her and took a deep breath. She pursed her lips to look at Luo Qing Mian, “Mian Mian……I have a very strange feeling, can you understand? This is a wave of excitement that is filling my heart, as if……”

“Big sister, you don’t need to say anything.” Luo Qing Mian’s fingers trembled and nervously gave a gulp before saying, “I have the same feeling as you.”

He also felt very strange, this feeling was like a burst of excitement in his heart.

Hua Cai Jin finally saw the face of the person who was coming under the reflection of the light.

He immediately stood up and looked at Luo Qing Chen, “Qing Chen!”

At the same time, her phone vibrated and there was a familiar ringtone.

“A story between two people won’t come too late, the people of the past are already different. I don’t know where to go next, it seems I’ll be hurt next year……”

She suddenly trembled as her slender fair fingers reached into her pocket. In front of all her classmates, she slowly took out her cell phone.

She took a deep breath as her left hand tightly held Luo Qing Mian’s clothes and her right hand brought the phone in front of her.

What entered her eyes were the most familiar three words.