Support
Random Novel
My Fury Will Burn The Heavens 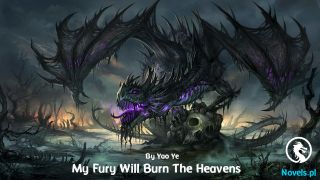 Luo Qing Chen narrowed her eyes and she waved the Exquisite Ring on her right hand, which released a golden glow, flying out in the direction of the white light.

In an instant, the golden glow suppressed the white light and there were faint golden fragments scattered in the air.

“Such powerful strength, who is this girl? What is going on on Heavenly Snow Peak?” Luo Xin standing not far away in a moon white robe slowly walked over. When she looked at Luo Qing Chen, there was a strange familiar sensation.

“Aunt.” The two girls in white clothes came over and one said in an aggrieved voice, “It’s that person that dares to trespass on Heavenly Snow Peak! Aunt, you can’t let her off!”

“Right, right, she even spoke rudely and slandered the witch race!” The other girl saw what was happening and followed up.

Song Le standing on the side couldn’t listen to it anymore.

It should be because she had been a secret guard for many years, living on the edge of life and death for each mission and never having anyone to rely on.

When encountering anything, she had to stand up and bravely kill the enemy, not beg for mercy or look for help.

So for Song Le, she couldn’t watch this kind of thing, girls that could only cause trouble with their words.

“Aren’t your faces red when you say things like this?” Song Le raised a brow and rolled her eyes, “If you’re not as strong as an opponent, you should learn from this instead of complaining that you met a strong opponent.”

“What a joke, who are you?” One of the girls in white clothes was a bit angry and used a weak control technique to throw some snow on the ground in Song Le’s direction.

She easily dodged it and then she leaned over to pick up some snow which she threw in the face of the white clothed girl.

The snowball hit that person right in the face and her eyes went wide open as her face turned red in anger.

“Ha, ha, ha, ha, ha, ha.” Song Le held her belly and laughed. Luo Qing Chen standing on the side curled her lips and said, “It’s no wonder the Heavenly Spiritual Flower Array hasn’t activated its curse in four hundred years, it seems like the abilities of the witch race has gone downhill.”

“Don’t be rude!” Luo Xin knitted her brows and angrily reprimanded, “Your grade of witchcraft is embarrassing!”

“Aunt, Meng’er knows her mistakes……” The girl in the white robe immediately moved to the side after being scolded.

Although she was unwilling, she didn’t even dare raise her head.

What kind of person was Luo Xin? If she really was angry, she might not even be able to stay in the witch race.

“Aunt Luo Xin might not know yet, but she is my consort.” Nan Yi Sheng’s expression changed as he said, “I want to ask Aunt Luo Xin a few things on my trip to the Heavenly Snow Peak this time.”

“That’s fine.” Luo Xin gave a nod as her eyes fell onto Luo Qing Chen, “Only this miss……”

“I am Luo Qing Chen.” She didn’t bother beating around the bush and went to the main topic, “Your witch race’s saint.”

The two girls in white who had their heads lowered had their faces turn white. The moment they suddenly looked up, they were met with Luo Qing Chen’s domineering eyes.

They took a step back as they felt their legs go soft, unable to stand up.

“It’s no wonder I felt that they were so familiar.” Luo Xin gave a deep sigh, “You’re finally back.”