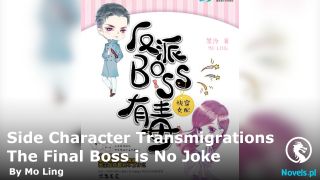 Luo Qing Chen changed into a light floral print dress with a bit of lipstick, looking pure and beautiful.

She was entering the palace as Xi Li’s cousin. Eunuch Li didn’t stop her since Xi Li had military merits at the border, being a hero in the Feng Dynasty.

“You might not be able to go in later, you can just wait outside for me.” Xi Li whispered in her ear and Luo Qing Chen nodded in response.

The emperor was the emperor, but this feeling of being cast aside was very unpleasant.

Eunuch Li arranged for her to sit at the Awakening Pavilion in the gardens, which was the closest place to the Splendid Hall.

She waved the Moon Glass Fan in her hand before heading towards the Splendid Hall.

This was the forbidden place of the palace, few maids came here, but there wasn’t a single leaf in the long halls of the Splendid Hall.

It was so clean like someone had been cleaning it the entire time, this scene made her heart feel a bit sad.

There was a figure slowly coming from not far away. Luo QIng Chen looked at it and it seemed similar to her original appearance.

Mu Ying Ying had two maids behind her, they had been given to her and Mu Tian Tian by Feng Si Zui when they came to the Cherry Blossom Hall.

Now that Mu Tian Tian was dead, these two naturally followed her.

Luo Qing Chen narrowed her eyes and casually moved past her, opening the doors to the Splendid Hall.

“Stop!” One of the maids behind Mu Ying Ying shouted, “How bold, you dare not bow when meeting miss Mu!”

This girl’s voice was a bit sharp and it was uncomfortable when it was heard.

Luo Qing Chen heard this and slowly stopped. She turned to say, “Since you call her ‘miss Mu’, why should I bow?”

“You……” That girl looked at her with an arrogant look, “There is no difference between our master and a concubine consort, you should bow.”

Luo Qing Chen heard this and she couldn’t help revealing a faint smile. She could guess why Mu Ying Ying’s servant was acting this arrogant. Even eunuch Li who followed the emperor would bow when he saw her!

“Then when miss Mu becomes a concubine, she can act in front of me, alright?” She narrowed her eyes and her ice cold voice was filled with a trace of disdain.

“Who are you? You are the first one who dared to talk to me in this palace.” She lifted her cloud print dressed and came towards her, “You might be able to enter this place, but that doesn’t mean you can leave.”

Splendid Hall, this was a forbidden place in the palace. Even if her restless heart wanted to destroy it, she didn’t even dare open the door.

Because she knew that it would touch the bottom line of the ice cold emperor.

“Peng.” Luo Qing Chen slowly closed the doors of the Splendid Hall before coming back to the corridor, “Did I open it? Do you have proof?”

“You……” The maid behind her called out, “I can testify, you really are despicable…”

“Despicable?” Luo Qing Chen’s lips curled as she said, “I can’t compare to miss Mu when it comes to that since she can even kill her own relative……