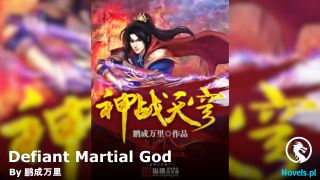 Eri and Rie guide Arisu inside the studio to the folding chairs.

Arisu greets gently and sat down in the chair.

Rie, Eri, and Mitama are wearing their tiny bikini, Kinuka’s wearing a ninja look with a mask.

On the other hand, Arisu’s wearing her new middle school uniform so she’s out of place, but still.

「Why are you standing there?」

「This is where we belong」

Well, they’ve been bodyguards of Arisu and Misato since they were young so it’s natural to them.

「Somehow, you girls do whatever you want tonight」

「Oh well, do whatever you want. To be honest, watching you girls is fun」

「Well then, why don’t we introduce her to everyone. This is our friend in school. Arisu-chan!」

「Oh my, unlike you two, this girl seems elegant.」

「Obviously, she’s the young lady of the Kurama house」

「You know about the company called Kurama Kaku Group that owns a lot of luxury hotels and old inns? She’s the young lady of that family. I’ve seen her a few times at parties」

Well, we’re living in the same mansion now though.

Due to the commotion last May, most of the people know that Yukino’s related to the Shirasaka house, which owns a newspaper and TV station.

Snatch and the viewers won’t find it strange that she knows the face of Arisu, a young lady of the Kurama house.

「They’re not one of the postwar upstarts like my Shirasaka house. Kurama house had been in the nobility with hundreds of years of history」

「Oh, I heard of Kurama Kaku. Haven’t gone to one though」

He got right into it.

「Oh? But I thought that the Kurama Kaku group got a huge debt that they’re in trouble right now?」

As expected of a columnist. Francie knows about the economic crisis of the Kurama Kaku group.

「Yes, my house has declared bankruptcy」

Arisu replies with a smile.

「Now, the group’s hotels and inns have been sold to pieces but they’re still unable to pay off the debts」

「With that said, Arisu-chan’s father and mother escaped and they’re currently missing」

「Yes, I don’t know where my parents are either」

Francie and Snatch don’t remember Arisu being in our mansion.

Tsukiko’s Miko power already made it ambiguous before it reached their memory.

「That aside, what is this? Does the young lady want to find her missing parents and that’s why she’s come here?」

「What are you talking about? We’re not a sob story show」

「You sure know a lot of girls」

「Uhm, if we were to find out the location of father, the debt collectors will come and there will be further commotion」

「Oh, I see. If their location is to be discovered, then the debt collectors will come」

「Yes, and so I’m sorry to ask but I’d like to take a bit of time and greet father and mother who are far away」

「No, even if you tell me that. This is Yukino’s show. Tell Yukino that」

「Why not? Either way, we can do whatever we want in this show. It’s no big deal to use the TV signals for personal use」

「We got no sponsors, and the TV station is forced to broadcast this. It’s basically the night show with the dark forces」

「Nobody’s here to receive your complaints, and if you have anything to say then just write it on the anonymous message board on the internet or at the back of the flyer」

「Then, go tell what you want to say to your parents」

Arisu thanked Yukino, stood up, and faced the camera.

「Father, Mother, how are you doing? Arisu’s living a healthy life thanks to everyone.」 Onee-sama is doing well too」

「It’s a little harsh today but I’m doing well. Don’t lose hope. Ane-sama and I will surely recover the Kurama Kaku. Someday, we will meet again. Arisu believes. That’s all」

Arisu bows to the camera, and then.

She bows her head to Yukino and Snatch.

「She’s such a neat girl that I’m surprised」

「Are you sure you’re friends」

The twins smiled at Arisu.

「Yes, Kinuka…san and I are in the same class」

「Everyone’e so bright and cute that I’m in their care. I’m thankful to them」

「Don’t say it like that, we’re just being good friends with Arisu-chan」

「That’s right, don’t be so stand-offish

「Well, sure. I’m happy to see that you girls are getting good friends」

「Yeah, the twins and stealth Kinuka aren’t ordinary so I was a little worried」

「Well, it’s also in question whether this young lady is normal, but at least, you girls gave such an unexpected report.」

「That’s not true! We’re not that weird.」

「We’re all just the same」

「Well, I admit that you girls and this young lady are beautiful that you could be idols right now」

「As for stealth Kinuka, I haven’t seen her face behind the veil so I don’t know」

Kinuka behind the mask nods.

「Anyway, don’t corrupt this young lady you two! Don’t take her to weird places or anything」

「Like, going to the karaoke box, or video arcade, or bringing other adults with you. If I recall, nobody under 16 is allowed at the arcades after six in the night, even with a guardian」

「Oh, it’s slightly different because of the prefecture, but in Tokyo’s case, that’s their youth protection ordinance」

「In the Chugoku region, they’re strict with their rules that students aren’t allowed to enter after dark. The times’ changes depending on the season」

「Each prefecture has its own rules but after 10PM, minors are definitely not allowed. It’s not just a prefectural ordinance but a national law called the “Law concerning regulation and proper operation of business affecting public morals” The amazing thing is that there are eight areas regulated by this law. First is the Cabaret, second is the host clubs, third is the dance restaurants, which makes no sense, the fourth one is the dancing halls, and the number fifth is coffee shops and bars with a dark lighting that you can’t see what’s going on inside, sixth is couples coffee shops, seventh is pachinko and mahjong parlors, and the eight is game centers」

「We’re not planning on doing that」

They speak with sad looks.

「We don’t even go outside for nightlife」

「I mean, I don’t even want to go outside at night」

「Yeah, it’s scary after all」

「We told you so many times already, our parents were some good-for-nothing Yakuza.」

「They were at the bottom of the pile. The trashy type of people

「It’s only a dumpster truck of human trash」

「Seriously, all those trash seem to be bragging how much of trash they are」

「They even talk about getting women drunk and raping them」

「They about the trash things they’ve done with their trash friends. Rather, they don’t even mind talking about it even when we’re there」

「We’ve been hearing those stories since kindergarten, and so…」

「They often talk about making women drink something and raping them in their sleep.」

「In the worst-case scenario, they’d go to her male friend’s house and put him to sleep with some drugs」

「And then raping the man’s wife or little sister」

「That was awful, calling up the junior of the girlfriend and telling the junior to go to the convenience store to buy some potato chips」

「Then father just laughs when he hears those」

「Then, he says “I’ve done something worse”」

「Yes, that, when Father was young, he targeted a couple that came to the beach, beat the man, and raped the woman that was with him」

「Father talks about it so happily.」

「The girl resisted until the second one but after the third one, she just gave up and it wasn’t as interesting he said.」

「That’s why Father always goes for the first or second」

「That’s why we never go outside」

「I mean, we’re always working together」

「If we’re alone, who knows when the other will get raped」

「Seriously, their bones must be balck」

「Well, the scary Onii-san, which is our owner, is a different one」

「We can trust him, and only him」

「After all, Onii-san has the resolve」

「When he does it with a woman, he’s ready to look after his partner for the rest of his life」

「Therefore, we’re also ready to follow him for the rest of our lives」

「But I can’t trust you since you’re a man」

「We’re always cautious of you」

「We got to keep our bodies safe」

「If we’re being absent-minded and got raped, then I don’t know what kind of face we can show the scary Onii-san」

「If that happens, we’ll have to apologize with our deaths」

The twins look at each other and sighed.

「Therefore, we’re not going to places just to look for danger」

「We have no interest in the evening town nor nightlife」

「You girls have a hard life despite being in middle school. Sometimes, I don’t even understand what you’re talking about」

He makes a complex face as he speaks.

「But, I’m gay so I can’t say that I don’t understand it all. I don’t trust men either. Neither the same types as me」

He forces a smile, managing to take over the conversation.

「Our lives are nothing.」

「Our parents are scums, bottom-feeding gangsters, so much that they died in a shootout in a residential area in broad daylight」

「Compared to that, Yukino-oneesan’s life is much worse」

The world knew that she was raped and impregnated.

「If that’s what you want to say, then we’re also under great care」

Rie also looked at Francie with a smile.

「So don’t call our lives hard」

「Arisu-chan and the two of us don’t want some unneeded sympathy.」

「Right, after all that incomprehensible situation, I’m safe now. That’s why I can enjoy my every day」

Yukino said with a smile.

「That was a lot of absurdities but now I can feel happiness in my own way. That’s how I feel so it’s okay」

「No need for mercy」

「Right, I guess you girls seem much happier compared to me」

「Somehow, this feels a little tight」

「Should we call in our other guest?」

「Yes, she’s a senior in our previous school」

Arisu’s senior from the previous school?

Eri and Rie go to the studio door.

Motoko and Kurumi in their Hakama, holding their red spears, has come in.