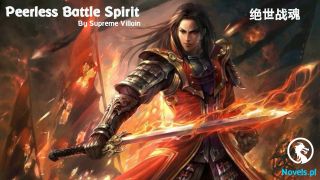 「 It’s been a while since we had ramen 」

After eating ramen with everyone, Kudou-papa’s treat…

Not just Kuromiya Motoko-san and Mikuriya-san, but also their two butlers carrying their spear came with us.

Then, she ate with her eyes opened wide.

Then, we parted with Kuromiya-san. Her mansion is indeed in the center of the city.

We rode Kudou-papa’s car and head back home.

Shou-neechan had asked him to do that from the beginning.

Megu, Michi, Arisu, Kinuka, and me.

Megu said as we approach the main station in front of the station.

「 Ah, Kudou-san, please stop. Megu and I will get off and buy something 」

「 No, Arisu just went to a crowded location after a while. You look tired so take a rest first. Kinuka, look after Arisu 」

「 You sure that you’re going to be alright by yourselves? 」

「 It’s okay. It’s still early, there are buses, and if anything happens, we’ll call the mansion for help 」

Megu and I got off the car, then…

Michi also got off.

「 I’ll accompany you as your bodyguard 」

Kudou-papa said from the driver’s seat.

「 By the way, thanks for today, about Haruka 」

「 Father, please do not mind it…The two of us are sisters 」

「 We will come home first 」

The car went off the night street.

「 I knew it, you were fatigued thanks to Haruka-san, weren’t you? 」

「 My real sister is tiring, and father too 」

「 Yes. After what happened today, Father’s warm gaze is all the more suffocating 」

Kudou Haruka won in her class and she took her first step as a martial artist.

Michi cooperated with her sister and improved their relationship as sisters.

「 I wasn’t able to improve Father and Sister’s relationship 」

Kudou-papa thinks that his eldest daughter, Haruka hates him, and so he just watched from the spectator seats and didn’t come close to her.

「 You just have to take your time in improving it 」

It hasn’t been half a year since their mother left home with her cheating partner.

It’s not a problem they can solve easily.

Then, Megu on my left.

「 Some sports supplies in the pharmacy, I thought that we don’t have enough in the club 」

Oh yeah, Megu skipped out her track and field club training to cheer for Edie today.

Of course, captain Takeshiba gave her permission but still, she should go out shopping for the club or tomorrow, the scary seniors will keep eyeing her.

「 I think we can get them all in the shopping center over there. 」

When we’re about to finish shopping…

A former prostitute of the Black Forest, now she’s helping out Minaho-neesan in the brothel.

Megu lowered the phone and looked at me.

「 Well, she heard from Katsuko-oneesan that we’re nearby… 」

Oh, when Kudou-papa brought Arisu and the girls home.

He told them that we’re in the shopping district.

We’re near the station so Minaho-neesan’s new brothel hotel is just close.

Is she asking us to come and have some tea since we’re close?

「 No, Tamayo-san’s taking care of her business today 」

Tamayo-san post-retirement learned how to become a stylist, and also…

Tamayo-san’s love hotel business is near the shopping district.

I can’t remember Tamayo-san’s hotel location so Megu looked it up on her phone.

Well, it’s a love hotel in the middle of the district, but…

It’s still early, so the rooms are still open.

It’s been a while.

Megu, Mana, and I stayed over for a night during the golden week.

I feel like we had sex all night long as Mana’s punishment.

「 Err, she asked us to come from the backside 」

We’re still high schoolers, and Michi’s wearing her middle school uniform, so I don’t think we can go through the front of the love hotel.

We knocked on the back door, and then…

Was she watching from the surveillance cameras? Tamayo-san opened the door from the management room and welcomed us.

「 Oh well, through here and out that way 」

Then, we left the management room to the lobby.

The photo of a hotel room is lined up with a “vacant” sign glowing.

There sure is a lot of empty rooms.

「 So, which do you prefer, a western or Japanese room? 」

Tamayo-san points at the available rooms from inside the lobby window.

Megu looked at the price and picked the cheaper ones.

「 If it’s Western-style rooms, then this is better. It’s spacious and three people can enjoy together 」

Tamayo-san smiled and handed us keys to the room with a slightly higher price.

「 Yes, we still have stuff to do tomorrow so we’re not staying over and we’re returning home right after 」

「 Is Katsuko-chan going to pick you up? 」

Even if we take two or three hours, there should be busses around the school.

I took the key and then went to the elevator with Megu and Michi.

「 Master, this is a lodging facility for sex, isn’t it? 」

Michi asks while the elevator door opens up.

I hugged Michi and kissed her.

Megu smiled at me.

There are cameras all around the mansion.

When it’s Megu’s turn, even if she wishes for just the two of us, there’s a high chance that someone’s watching in secret.

「 I’m sorry for being the third party 」

Speaking of which, this is a rare combination.

The elevator reached the designated floor and opens the door.

Ahead of the narrow corridor of the love hotel…Oh, our room’s lit up.

We entered the locked room.

Yep, this sure is spacious.

A red wallpaper and a dim obscene mood room.

The ceiling’s got a mirror.

I took off my shoes and went up to the carpeted room.

I took off my socks and now in bare feet.

Michi and Megu also took off their shoes and went up too.

Megu goes to the fridge but I hugged her from behind.

We kissed each other.

Oh, I can feel Megu’s soft breasts wrapped in her bra.

Megu’s breath is also getting hot.

「 You know, Yoshi-kun, it was my first time watching a live martial arts match and such 」

She looks at me with wet eyes.

This time, Megu kisses me.

She slurps on my tongue passionately.

Michi touched her abdomen and said.

「 I can’t control myself when wearing clothes 」

「 Of course. Take your clothes off, Michi 」

I said with a smile.

Megu and I took off each other’s clothes.

We want to have sex fully naked, not half.

Megu lowers my brief and my erect penis jumped right in front of Megu’s eyes.

She crawls her tongue around it.

I made Megu stand up and unhook her bra from behind.

Ooh, her nipples are already erect.

I sucked on Megu’s nipples.

「 Geez, you sure are a breast lover 」

Megu gently hugs my head sucking on her breasts.

Megu’s nipples are getting stiffer inside my mouth.

I lick her other nipple too.

I groped her other breast with my hand.

I let go of her nipples and took off Megu’s panties that are starting to stain from love nectar.

I brought her to bed fully naked.

Megu lied down on the bed, spread her legs wide, and waits for me.

I hang over Megu’s body.

I call Michi to the bed.

Michi also lies next to Megu.

Two beautiful bodies lie down within my arm’s reach.

Michi’s body has no bump on her chest, but she has that lovely beauty that can be called a Japanese treasure.

On the other hand, Megu’s body is a healthy body with beautiful athletically toned light brown colored skin.

Megu spreads her legs to an M shape and waits for me.

I caress Megu’s skin with my palm.

From her armpits, her toned belly, her cute belly button, her thin waist, and her small ass.

I scooped some of her love nectar dripping below her ass and smear it on my glans.

My glans go to Megu’s slit.

I push through Megu’s narrow entrance.

My penis goes inside Megu’s hot and tight pussy.

We had a lot of sex for half a year already but Megu’s pussy is still nice and tight.

I’d say that her tightness has become better after learning Katsuko-nee’s techniques.

She’s getting better at sex.

Megu embraces me from below.

Megu looked at me and said while our lower halves are connected.

Then, I slowly move my hips back and forth

Megu makes cute moans along with my rhythm.

「 U-Uhm, the mirror on the ceiling. Ahn! I can see Yoshi-kun making love with me in the mirror 」

I can’t see it since we’re in a missionary position.

「 My face in pleasure in the mirror, a happy face 」

I can see Megu’s face too.

I speed up my hips.

I thought that I should go with my first shot.

Each thrust of my hips makes Megu’s breast sway.

I also returned the favor.

I thrust inside Megu vigorously.

Each time I plug and unplug intensely, Megu’s love nectar sprays on the bedsheets.

Megu’s eyes plead to me.

I can feel the lump of lust coming up from deep inside my body as well.

I’m going for the last spurt.

I thrust deep and wide.

Confirming that Megu’s reached her climax, I also gave my shot.

The tip of my glans rubbing on her uterus blows out the white liquid.

Megu’s body shouts my name while her body trembles.

I tightened up my anus and continue ejaculating inside Megu.

I fell exhausted on Megu’s body.

This beauty, classmate of the same age, and officially my fiance, speaks with a face melting in pleasure.

Megu hugs me with her sweating body.

「 I’m glad that it was Yoshi-kun. I can dedicate my whole life to Yoshi-kun, I’m no good without Yoshi-kun. Yoshi-kun!! 」

Megu speaks to me in tears, drowning in the afterglow.

The woman who’s born in the brothel, whose mother was murdered, who grew up in an adopted family with a narrow perspective.

A different environment. Having sex outside the mansion…

I think that made the emotions accumulating inside Megu come out all at once.

Megu’s the type who is considerate of those surrounding her.

I embraced Megu until she calmed down.

I looked at Michi’s face and her eyes say that she understands.

(Give us a moment, I’ll do it with you later)

I told Michi in my mind.