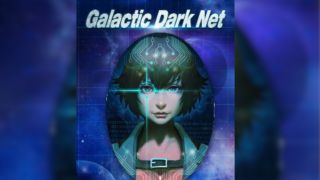 In the Ji group’s office, Ji Ziming was looking at his subordinate who was reporting the situation with a livid face.

“Still no news? What do you do? He’s just looking for a person. It’s so obvious, and you can’t even find him? go and find him. I’ll give you two hours. If you can’t find him, you can all get lost. ”

The man coldly said. His smile was gone from his worry.

This was especially so when the people he sent out could not be found in the end. This made him particularly sad.

“Yes, boss. There’s a very suspicious place. They’ve even looked for a doctor, but the doctor never came out.”

Hearing this, Ji Ziming flew into a rage and threw the document on the floor.””If you’re suspicious, investigate. Don’t let anyone go.”

After sending all his subordinates out, he leaned back in his chair in exhaustion.

Recently, he had not rested at all and spent all his time looking for her whereabouts, but there was no news at all.

She seemed to have disappeared without a trace.

Even though he had checked the surveillance cameras, PEI GE was not in sight. She had completely lost contact with her.

The subordinate returned in the afternoon and looked at Ji Ziming with joy.””Boss, there’s news. It’s the one that I said was suspicious. Miss PEI is indeed there, and Shen Feng is there too.”

“We didn’t find out the details, but we can confirm that miss PEI is indeed inside.”

Hearing this, Ji Ziming’s face lit up with joy as he nodded at his subordinate.””You did well. Call the others back. We’ll make the arrangements.”

After a whole afternoon of planning, he finally settled everything. The only thing he could do now was to wait for the right time.

He could only save her by patiently waiting, and it was enough that she was safe for now.

When they got home, the man did not give Liu Lina any attitude and even smiled at her.

Liu Lina’s eyes were filled with surprise when she saw him smile at her, but she concealed it.

This was the first time Ji Ziming had invited Liu Lina for a meal. She looked at him in surprise, but there was no happiness in her eyes.

Both of them understood that they were together because they were forced and threatened.

If PEI GE were to return one day, Liu Lina would no longer have the right and opportunity to stand here, which was why she cherished this opportunity.

Liu Lina wanted to go out as well, but at the thought of the food that Gu Yu had prepared for them, she decided not to.

After all, she could not let Gu mo be sad anymore. Otherwise, everything would be very difficult to deal with.

Now that Liu Lina was slowly making her way into the Ji family, she could not let her plan be ruined.

Therefore, Liu Lina did not reject Gu Hao’s good intentions. After all, Gu Hao could be used in many cases.

When they were done eating, the man suddenly asked if PEI GE was doing well. The atmosphere was instantly ruined by him, and the atmosphere turned heavy.

Gu mo was the first to express his dissatisfaction.””Ji Ziming, can you not mention that name? now that you’re getting married to Lina, can’t you control your heart?”

“Enough, what are you guys talking about? are you done? If you want to talk about this, you can say it yourself. I’ll go. ” Father Ji was angry as well. For some reason, he turned to leave.

Seeing that father Ji had left, Gu mo got angry and looked at Ji Ziming.””I’m telling you, don’t ever mention that name again. ”

Gu mo told Liu Lina, afraid that she would get angry.

However, this time, Liu Lina was neither angry nor unhappy. It was probably because she felt that she was about to succeed.

“Mom, why would I care about that? I’m not such a petty person. Since Ziming wants to know, I’ll take a look at him and make him give up.”

Liu Lina said with a smile. Then, she asked someone to take another photo.

Not long after, he saw her again. This time, she seemed to be eating as her face was expressionless and even gave him a strange feeling.

“Well, it’s good that she’s fine. I just wanted to make sure that even though I’m no longer related to her, I can’t let her get hurt.”

“Lina, we have to live well in the future. Forget about those people.”

The man nodded. Although he did not look happy, it was his way of showing his attitude.

Hearing that, Gu mo and Liu Lina suddenly looked at each other with joy in their eyes.

“Son, that’s the way to put it. That’s my good son. Alright, you two continue to sit. I’m going back to my room.”

Liu Lina smiled and said,””I don’t care what you think. Since we’re getting married, I’ll be with you properly.”

This was the first time Liu Lina had spoken so seriously, especially after seeing Ji Ziming. Her heart was filled with connections and could not think of anything else.

Ji Ziming nodded in agreement and expressed his stand.””Previously, I felt that I couldn’t bear to see her with three children. Now that she’s gone, I don’t think it’s a big deal.”

“As for the children, I believe they’ll accept you in the future. As long as you treat them well, their hearts will be the truest.”

Perhaps both of them understood each other’s thoughts, but they were just acting. They said what they wanted to hear, but in their hearts, they despised themselves.

Sitting on the sofa, Liu Lina could not help but lean on Ji Ziming’s shoulder, causing his body to stiffen.

However, he recovered very quickly. He reached out and patted Liu Lina’s shoulder.””It would be great if time could stop here.”

“Ziming, do you know? Actually, I liked you from the first time I saw you, but when you had PEI GE, I was very angry. I tried my best, but she still snatched me away. Why did you choose her back then?!”

At Liu Lina’s sudden mention of this, he frowned and said,””Well, it’s been a long time, so I can’t remember. Why are you asking this? it’s boring. Don’t worry, I won’t go back on my promise.”