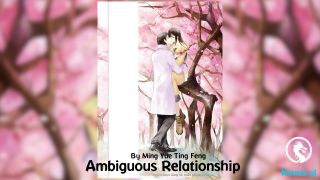 His brows rose as he continued to question her, “You went to the Armament Guild to attend the certification? Which rank certification did you take part in? Show me the badge?”

Huang Yueli immediately retrieved the freshly baked seventh ranked Armament Master badge and passed it over to him.

Li Moying turned it around and took a look and said, “Looks like you really went to take part in the certification……”

“Hey, what do you mean by that! Could I even lie to you over this!” Huang Yueli pouted in dissatisfaction.

Li Moying gave a harrumph, “You won’t resort to lying to me but it’s possible that you are hiding something from me.”

“Then let me ask you, you’re a fifteen to sixteen year old young lady, heading over to the Armament Guild and saying that you want to be certified for seventh rank Armament Master, didn’t they treat you as a lunatic and chased you out? Or they really allowed you to be certified? Moreover, haven’t you always been afraid of exposing your identity? Running over to the Armament Guild in such a high key fashion, aren’t you afraid that it would rouse people’s suspicions?”

Huang Yueli knew that he should already have an answer in his heart as she stuck out her tongue and said, “Alright, alright, I admit, it’s because I wanted to meet Ye Xing Hua so I chose to head over to the Armament Guild today……”

“Oh, I was just saying, so it’s to meet another man so you secretly kept your own fiancé in the dark to enter the city, not even caring about your own safety……”

Before Huang Yueli could finish her words, Li Moying already started to butt in with a sourish tone which could be smelled from miles away.

Huang Yueli went into a blank and burst out laughing, “Why did you put it in such a way! You obviously know that Ye Xing Hua is only my disciple! Moreover, he’s the current President in the Armament Guild Headquarters and what is most rare is that he’s still totally loyal towards me, and that’s really a rare sight……”

“En, so his unwavering loyalty towards you made you feel extremely touched?”

Li Moying’s face still bore the cool expression as his arms were wrapped in front of his chest and his sword brows rose up with brilliant radiance flashing past his peach blossomed eyes, making him extraordinarily good looking.

But the tone of that sounded as though it was a young boy whose candied fruits had been snatched away, that kind of tsundere and unhappy feel.

“Who didn’t know that Ye Xing Hua had started liking you since he was ten over years old and he was so thick skinned to use armament refining as an excuse to hover around you day after day! I can tell that he has ulterior motives! You really thought he gave up you became his Master? Until now he still can’t forget you daily, his feelings towards you are really deep!”

“Anyway, I don’t like you to go meet him, not to mention meeting him alone! In future you’re not allowed to go to the Armament Guild!”

Huang Yueli was speechless. In their past lives, this man had already hated Ye Xing Hua deeply and had kept obstructing her from heading over to the Armament Guild! In the end, this lifetime turned out to be the same.

But she could give up going anywhere else, but she absolutely could not not head towards the Armament Guild!

Forget about the other matters, there was President Jiang’s matters which were waiting for her to investigate the truth to exact revenge.

Huang Yueli bit her lips and suddenly leapt up from the bed as she pounced over to hug Li Moying’s waist.

Li Moying wanted to evade her but Huang Yueli’s speed was too swift and he was caught unprepared. Not only was he unable to evade her, he also lost his steadiness as he fell down onto the ground.

With a “bang”, the two of them landed onto the ground.

Li Moying’s back landed onto the ground and he felt a sharp pain as his brows creased whereas Huang Yueli laid on his chest, with her hands grabbed tightly on the clothes around his waist.