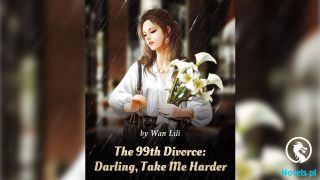 Chapter 3009 Have Never Succeeded Before (5)

One was being the good guy while the other was the bad guy. The team leader felt that his life was being threatened. Then he thought that it wasn’t a big secret so he chose to tell them.

“You… don’t think too much about this! The rescue mission is just a formality. The teleportation had been interrupted by the demon tribe’s attack so the outcome would end up in death. There had never been a precedent where anyone could escape alive…”

He stared at the team leader and asked coldly, “So to speak, you guys have no idea how to save them?”

“Save? How do we save them? The demon tribe attacked the teleportation light sphere. They only need less than one hour to shatter it. But it takes at least six to eight hours to reach here. By then, all of them would have died! Even if they weren’t dead, they would be captured by the demon tribe to become ingredients and refined as blood pills!”

Hearing such irresponsible words, not to mention Li Moying, even Li Tian Yi and the others couldn’t bear to hear it any longer.

Li Tian Yi retorted, “Then why did you guys rush over since you have no intention to save them!”

The team leader looked at him curiously, seemingly not able to understand why he would be so angry.

“This is an unspoken rule in the military. After the demon tribe had attacked the light sphere, there might be some slightly weak devil soldiers who ran too slowly and did not manage to leave in time. If we can kill those devil soldiers and hand in their blood essence, then it would be counted as our military merit!”

“It’s usually not easy to earn so many military credits!”

When the guards heard that, all of them were furious!

Their practitioners had met with life-threatening danger but they were thinking of ways to save them. Instead, they were all concerned with their military credits!

Moreover, from the looks of this team leader, it seemed that he was already used to this. He didn’t know what he had done wrong.

Seeing his rightful look, the guards wanted to punch him.

They were just thinking, but Li Moying had already struck the team leader!

A burst of strong Profound Energy hit the human team leader directly, causing him to fly out!

Before the human team leader had realized what was going on, he had already been thrown into mid-air, spitting out blood in the process. When he landed, he created a deep pit on the ground and fainted.

“You guys, how dare… how dare you hit a military officer!”

“You must think you are fearless!”

The human soldiers by the side were completely stunned when they saw this.

However, they might be crying out indignantly for their team leader but none of them dared to dash up to take revenge.

Especially when Li Moying’s cold gaze swept past them, all the soldiers felt an icy cold feeling on their backs. They instantly shut their mouths, not daring to say a word more.

Li Moying’s thin lips lifted. “All of you… go search the surroundings right now! You must find those survivors before dawn! Whoever dares to slack, remember that your team leader is your role model!”

Someone immediately objected after he said that.

“What? You… you don’t even have any rank. Why should we listen to you?”

“That’s right, what authority do you have to order us around?”

“Moreover, the sky is already pitch-black now! Isn’t it too dangerous for us to enter the warzone to search for them?”