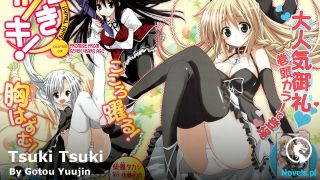 Qiao Ruoxi tried to break free from the awkward situation. “Sir, if you’re thirsty, I’ll get you some water.”

Qiao Ruoxi’s hair stood on end and her heart was in her throat.

He kept saying that he was thirsty but he didn’t want water. Was he crazy?

When Qiao Ruoxi struggled to get up again, she was caught off guard. “Keler, I only want you…”

‘Wrong, wrong… Qiao Ruoxi finally understood that he was thinking about a person’s name.

‘Is he misaking me for the person he misses because he’s drunk?’

The morning light shining into the room was blocked by the heavy curtains. The room was still dark, and the girl in his arms moved slightly because of her sleeping posture.

Feng Yunan opened his tired but deep and good-looking eyes.

He couldn’t help but kiss her forehead. “Ke’er, you’re finally my woman.”

The girl was still unconscious. Feng Yunan turned on the bedside lamp and gasped when he turned to look at the girl in his arms.

At first glance, he thought that the girl he loved had undergone plastic surgery but when he took a closer look, he realized that he did not recognize her at all.

Qiao Ruoxi was woken up by the noise. Her delicate eyebrows were furrowed together and she felt annoyed.

She was so tired that she only wanted to sleep and not open her eyes.

But someone was shaking her shoulder forcefully. It would be weird if she could continue sleeping.

She opened her eyes and saw a handsome but murderous face that made her heart shudder.

‘What a handsome man. Have I seen him somewhere before?’

“Who are you?” he questioned coldly.

This was also what she wanted to ask. Who was he?

Feng Yunan’s face was so hostile that it was scary. He stared at her coldly.

Qiao Ruoxi got up and covered herself with the blanket. “Sir, I’m the waiter here…”

Before she could finish, the man interrupted her coldly and arrogantly. “Who gave you the guts to climb into my bed?”

Compared to the man’s anger, Qiao Ruoxi calmed down. “You… you gave me the room card.”

Feng Yunan could not remember how much alcohol he had drunk last night, let alone when he had given away his room card.

He reckoned that the waiter must have taken the opportunity to steal his room card and tried to climb onto his bed to get intimate with him.

After all, with his status, there were countless women who wanted to have sex with him.

“Do you think I would believe such a low-level reason? You drugged me and offered yourself to me. Do you dare say that you have no motive?”

Qiao Ruoxi tried her best to clarify, her expression innocent.

Feng Yunan did not want her to act innocent in front of him. He snorted. “Tell me, how much money do you want?” Last night, Feng Yunan was stood up by the woman he liked, Wen Ke’er. He was in a bad mood and came to his friend’s club to drink. He did not expect that the waiter would dare to drug his drink.

The man’s ridicule was like a fine needle that ruthlessly pierced into her heart.

Her heart was in pain and tears were welling up in her eyes. ‘I didn’t want the accident last night to happen either, okay?’

Now, everything was ruined. There was no turning back.