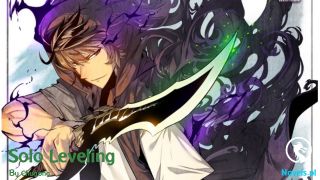 Chapter 2270: Hiding It On Purpose

But when she thought of what she had overheard, she couldn’t help but feel uneasy.

Before she picked up her chopsticks, Xue Yating mustered her courage and asked, “Hubby, are you hiding something from me?”

“What could I be hiding from you?”

An Xianming had only learned that Xue Yating had followed him to the Qing dynasty after receiving a report from Sister Ling. That was why he had turned back and bought breakfast for her.

“Don’t you want to explain your private meeting with Shen Ranran?”

An Xianming frowned and asked, “You followed me?”

Xue Yating did not know how to describe her feelings.

An Xianming grabbed her little hand and held it in his palm. “I know you’re worried about me. Actually, I didn’t mean to hide anything from you. It’s just that there have been some problems in the company recently. I didn’t want you to worry, so I didn’t tell you. Don’t worry, I can handle it myself.”

Xue Yating did not know whether he was telling the truth or not. She asked anxiously, “Then did you go out every night?”

An Xianming suddenly laughed and kissed her on the forehead. He asked, “Don’t you know whether I went out or not? Don’t you have this little bit of confidence in your husband?”

Thinking about it carefully, An Xianming had always been by her side. Every night, they would be together. When she woke up in the morning, he was also by her side.

Whether it was the weekend or any other time, apart from working during the day, he would basically accompany her.

It was as if someone was trying to sow discord between them.

Realizing that her actions were inappropriate, Xue Yating apologized in time. “I’m sorry, Hubby. I should’ve chosen to believe you. I was too stupid!”

“Don’t blame yourself. Just remember that I love you more than anything.”

Xue Yating chose to trust her man. From that day onwards, she changed her phone and never received any anonymous messages.

The days went back to normal, and the relationship between her and An Xianming grew deeper and deeper, becoming more concerned about each other.

An Xianming had to fly to another country to deal with some problems.

“I’m not at home. You have to take good care of yourself. If you have any problems, you can tell Sister Ling and you can also tell Mom.”

Before leaving, An Xianming reminded her repeatedly.

Three days after An Xianming left, Xue Yating received another call from an unknown number.

Since she had not copied everyone’s number on the new phone, she did not know whose number it was.

Xue Yating picked up the call and a deep male voice came through. “Come to the VIP 909 at Rongcheng Central Hospital now. You will know the truth.”

No one answered and the person hung up.

Xue Yating stared at her phone screen, her heart fluttering.

This word was too attractive. She considered for a moment and finally decided to go out.

He had just come here for a checkup in the morning and now he was here. What kind of secret was hidden here?

Xue Yating went to the VIP floor and found Room 909.