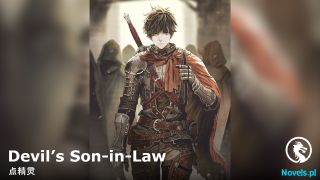 When the rich lady heard this, she looked at Song Yuling, who was behind her. “You mean, she was booked by someone?”

“Why do you know so much about her?”

At the mention of this, Song Yuling looked aggrieved and angry. “I’m her aunt. Did you see her attitude? She acted like she didn’t see me and was arrogant because someone supported her!”

The rich lady shook her head. “So she’s such a shameless woman. I wonder who will marry such a daughter-in-law in the future. What a sin!”

The rich lady hated dirty women the most. She did not want to see Ning Yuan again, but she did not expect to meet Ning Yuan in Crown Palace two days later.

Nan Zhi invited several rich ladies to the palace as guests, saying that she wanted to introduce them to her second daughter-in-law.

When the rich lady saw Ning Yuan holding Ye Yu’s arm and coming in, her eyes almost fell out of her eyes.

Why was she with the Second Prince?

The rich lady stared at Nan Zhi in shock. “Your Majesty, is this your second daughter-in-law?”

Ning Yuan came over and greeted Nan Zhi and the other ladies.

Seeing one of the ladies staring at her, she felt that she looked a little familiar, but she could not remember where she had seen her before.

Nan Zhi asked Ye Yu to go to the study to find Mu Sihan while she kept Ning Yuan by her side to talk to the rich ladies.

The rich ladies chatted with Ning Yuan for a while and found that she could keep up with their thoughts. She had some understanding of fashion, stocks, and the country. They could not help but look at her in a different light.

Except for that rich lady who believed Song Yuling’s words.

Finally finding the chance to speak to Nan Zhi alone, the rich lady probed, “Your Majesty, have you investigated the background of your second daughter-in-law?”

Nan Zhi could hear the hidden meaning in her wife’s words and she said quietly, “Why would Mrs Wang ask that? A daughter-in-law who can enter the Royal family is naturally outstanding in all aspects.”

The rich lady did not see the flash of unhappiness in Nan Zhi’s eyes and said bluntly, “I met Miss Ning’s aunt two days ago. From what I know, Miss Ning might have a financier behind her. Besides, I know that her aunt’s family is powerful. If the Queen becomes relatives with such a family, I’m afraid she will be like a grasshopper that cannot be shaken off!”

“Yes, her name is Song Yuling.”

Nan Zhi only knew what Ning Yuan had experienced when Jiang Yan acknowledged her a few days ago.

She did not expect that her so-called relatives would use it to slander her reputation!

“Your Majesty, I’m doing this for the good of the Royal family…”

“Shut up.” After Nan Zhi became the Queen, she had always been graceful, gentle and elegant in front of outsiders. It was rare for her to be so serious and cold. Mrs Wang was so frightened by her gaze and aura that she did not dare to make a sound.

“A while ago, you were traveling abroad and didn’t know that Chief Jiang had found your biological daughter. I can forgive you once, but if you dare to slander my second daughter-in-law again, don’t come to Crown Palace anymore!”

She had not expected the Queen to protect Ning Yuan so much.

Wait, what did the Queen just say?

Chief Jiang found his biological daughter? Was it Ning Yuan?

When Mrs Wang returned from the palace, she felt a lingering fear at the thought of being almost removed from the social circle by the Queen.

She immediately picked up her phone and called Song Yuling.