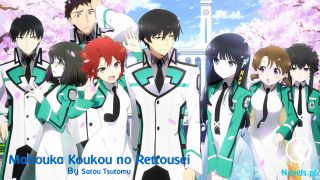 Outside of the airport.

Inside the Mercedes MPV.

Dong Xuebing drove towards their booked hotel, and Xie Huilan sat beside him. Xie Hao and Xie Ran sat together, and Xie Jing and Sun Kai sat in another row. Although this car was not as spacious as the other seven-seaters, it was good enough for them.

“I miss this car.” Dong Xuebing touched the steering wheel.

Sun Kai was puzzled. “Brother Dong, why did you miss this car?”

Xie Hao laughed. “My Brother-in-law’s first car was a Mercedes MPV, but it was silver color.”

Sun Kai was speechless. “First car?!” His first car was a Mercedes?!

Sun Kai was shocked again. Everyone in Jingjing’s family, especially her Brother-in-law, is impressive. He became a Deputy Division Chief at twenty-five and is currently a grassroots city’s Inspection First Office Director. He is the head of a vital Discipline Inspection Office and beats up others without hesitation. It seemed that this was not his first time. His watch was worth more than two million RMB, and the car cost a few million RMB. How can a civil servant be so wealthy?

Dong Xuebing glanced at Xie Hao. “You don’t need to answer for me.”

Xie Hao smiled. “Brother-in-law, you promised to buy a car worth more than one million RMB for me when I enter University. Don’t forget it.”

“Let’s talk about it when you enter University. I will buy it if your Sis agrees.”

“Huh? You bought cars for my Brother and Second Sister. Why I don’t get one?”

“Ask your Sis. She makes all the decisions.” Dong Xuebing looked at Xie Hao through the rear-view mirror.

Xie Hao immediately moved closer to Xie Huilan, sitting in the front passenger seat. He shook her shoulders. “Sis, you all must keep your promise. I had been studying hard because of this car.”

Xie Huilan laughed. “Haha… That would depend on your performance.”

Xie Hao immediately changed his tone. “Sis, are you thirsty? Are you hungry?”

They joked and chatted in the car. When Dong Xuebing reached the hotel, they saw a demonstration on the road. Over a hundred people were carrying placards and shouting slogans. “Diaoyu Dao is our territory! Japanese get out!” This incident seemed to have affected Taiwan the most as they were the closest to Diaoyu Dao.

Dong Xuebing parked the car and entered the hotel. All the news channels were reporting about the Diaoyu Dao incident.

The news reported that a group of Chinese and Taiwanese would sail to Diaoyu Dao to fish and proclaim their rights. Demonstrations and protests were happening on the streets all over the country.

“This incident had blown up.” Xie Ran said.

Xie Hao said. “We should teach these Japanese a lesson. I will ask my Dad to chase them away with his troops.”

Everyone kept quiet. Xie Guojian cannot decide on this matter as it is more complicated than it seems.

Dong Xuebing took out his ID.

They had reserved the rooms, and the front desk staff quickly gave them three card keys for three rooms.

The rooms are suites with a double bed and a single bed.

When Dong Xuebing was assigning the rooms in the elevator, he met a problem.

Xie Jing mumbled. “Sis, do I have to share a room with you?”

Xie Huilan looked at her. “Yes. Is there any problem?”

“But it’s your honeymoon. I should not disturb you two. How about I share a room with Xiao Sun? I can sleep in the room, and he can sleep outside.” Xie Jing suggested.

Sun Kai blushed and did not say anything. He got no say here.

Dong Xuebing also felt it was unsuitable for Xie Jing to share a room with Sun Kai. After all, the elders disapprove of their relationship. However, he gave in when he saw the pitiful look on her face. He turned to Xie Huilan. “Let Xiao Jing and Xiao Sun share a room. We are here to have fun and should not be too strict. Furthermore, it is a suite.”

Dong Xuebing gave Xie Jing a key. “Alright. You will share a room with Xiao Sun, and Xiao Ran and Xiao Hao will share one.”

Ding… The elevator reached its floor.

Dong Xuebing turned to the rest. “We had taken lunch on the plane. Go back to your rooms and rest. We will gather again at 2 pm and try the local delicacies. I will discuss with your Sis what we will do next.”

“Brother-in-law.” Xie Hao said. “We have lots of time until 2 pm. Can we go out by ourselves?”

Dong Xuebing looked at Xie Hao. “It’s fine for Xiao Ran, Xiao Jing, or Xiao Sun, but you are not allowed to go out alone. Someone must accompany you when you go out.”

Xie Hao looked at his Second Sister. “Second Sis, let’s go out for a walk together.”

Xie Huilan instructed. “Tell us if you all are going out. Be careful.”

“I know.” Xie Hao replied impatiently as he was eager to go out.

Dong Xuebing took a few bank cards from his pocket and gave them. “It’s Taiwan currency in it. I had asked people to prepare them before we came. The pin is written on the back of the card, and each card has around 500,000 TWD. It should be enough for you all. Just buy whatever you want and tell your Eldest Sis or me if it’s not enough.”

“That’s right.” Xie Jing added. “You had bought cars for us. We cannot accept your money now.”

Xie Huilan said. “Just take it. You all are accompanying us for a holiday. How can we let you all spend your own money? You all should learn from Xiao Hao.”

Everyone looked at Xie Hao. He had already kept the bank card in his pocket and looked like he would fight with anyone who dared to take it away from him.