Support
Random Novel
Only I Am a Necromancer 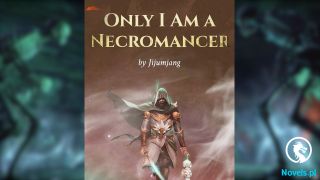 There was no way that the Mystery of the Supernatural Entities could be rushed. It could only be put aside for now.

Right then, the most important thing was to solve the problem regarding the Land Enclosure Decree.

“Uncle Shao, I am a humble man. Naturally, I can’t stop the implementation or even the upgrade of the Land Enclosure Decree. However, Broken Star Club has hundreds of thousands of members. These Broken Star superhumans are the grassroots’ backbone in all walks of life. They are the people who personally fight on the front lines and keep close contact with the citizens.”

Meng Chao solemnly said, “Other than that, I’m also a director in Blue Home. Many of Blue Home’s members are owners of small and medium-sized enterprises. They are experts and scholars who are eager to get rid of the mega corporations’ capital and resource restrictions as well.

“I think that they are the same as us. They don’t want to see the nine mega corporations continue to expand to monopolize everything under the influence of the Land Enclosure Decree.

“Although Broken Star Club and Blue Home are only civil organizations, at the very least, we can make a counter-argument that is completely different from the sun never setting theory, allowing the citizens of Dragon City to think about the possibility of a second future that is not the same. It has only been glorious for a hundred years!”

Meng Chao’s statement was more proactive and resolute than Shao Zhengyang had imagined.

It was precisely because of this that the number one expert of the Red Dragon Army, who did not even bat an eyelid in the face of the apocalyptic beasts, was somewhat hesitant.

“Meng Chao, think carefully. I meant to talk to you about this. I didn’t want you to make such a big fuss and go to such an extent.”

Shao Zhengyang earnestly said, “I know that your Superstar Resource Recovery Company has many cooperation projects with the nine mega corporations. Recently, your business agreements have been signed until they were weak. You and the third-generation elites of the nine great clans have also… fought side by side and risked life and death. It’s an extraordinary friendship.

“If you mobilize the power of Broken Star Club and Blue Home to oppose the Land Enclosure Decree, the commercial interests of Superstar Resource will certainly be affected.

“You, on the other hand, will be deeply bound to the Red Dragon Army.

“This may not be a good thing for your future development. Therefore, you must consider it carefully.”

If he was someone who would do anything to achieve his goal, Meng Chao’s statement was exactly what he wanted. There was no reason for the other party not to immediately put Meng Chao and Superstar Resource Recovery Company on the Red Dragon Army’s war chariots and tie them together.

However, Shao Zhengyang was, after all, an open and aboveboard iron-blooded general. He was sincere and considered it from Meng Chao’s point of view.

“Dragon City, which is completely under the control of the mega corporations, will be doomed to fail or even be destroyed even if it can extend its tentacles to the Other World like an octopus and flaunt its power for a moment, just like Peach Blossom Town in front of us.

“If Dragon City is destroyed, will there be any meaning to Superstar Resource, commercial interests, future, and friendship?

“As for being deeply bound to the Red Dragon Army…

“It is well-known that my father is a retired veteran of the Red Dragon Army.

“Although I am not his biological son, I was dug out by him at the risk of his own life from the depths of the crumbling ruins where monsters were wreaking havoc.

His short silver hair on his temples was emitting a radiance that was as sharp as a sword, and there were streaks of lightning that were condensing and surging in his eyes.

Shao Zhengyang was resolute as he said, one word after another, “Meng Chao, based on what you’ve said today, the Red Dragon Army will always be your strongest support and support you, Broken Star Club, and Superstar Resource!

“Don’t worry. In the Red Dragon Army, we don’t have the habit of letting anyone charge on their own. We will not let down any soldiers who fought bravely and were wounded and bleeding.

“As it happens, in the course of the Red Dragon Army’s attack on the Hidden Mist Domain, more than twenty kilometers southeast of Mist Mountain, they discovered and occupied a complex vein with abundant resources. Many kinds of rare crystals such as Fire Crystals, White Crane Crystals, Blue-patterned Crystals, and Red Crystals were stored there. Based on the high-pressure spirit gas spurting out of the boreholes, the reserves of the crystals underground were astonishing, and the quality was quite good.

“This time, the Red Dragon Army is not going to hand over the crystal mine to any mining company. Instead, it is going to develop, refine, and utilize it on its own.

“If you want to exploit the crystal mine, you will need large underground facilities such as shield machines and other construction machinery, or giant Sandworms that are specially modified to dig holes in the ground and swallow rocks.

“The technology is definitely not a problem.”

Meng Chao explained to Shao Zhengyang that although Spirit Creation Living’s incident of “The chief biochemical technologist, Dr. Gao Ye, turning into a super Sandworm and betraying the human civilization” had caused a great deal of damage to its bones and vitality.

However, after it was acquired by Superstar Resource, it gradually recovered its former standards by making use of Meng Chao’s connections and the support of the entire biochemical modulation circle.

Especially through Meng Chao’s connections, they had reached strategic cooperation agreements with the abnormal beast research department and Agricultural University. Not only had the technology of the experimenters improved by leaps and bounds, but the experimental facilities had also been upgraded. They were much better than when Gao Ye was in charge of the overall situation in the past, they were on a whole new level!

A glint flashed in Shao Zhengyang’s eyes as he said, “Meng Chao, is Superstar Resource interested in cooperating with the Red Dragon Army to jointly develop the astonishingly abundant composite crystal ore?”

Spirit energy was the most important source of energy in the Other World.

Crystals, on the other hand, were highly compressed and rich spirit energy. They were the foundation of cultivation, scientific research, construction, and combat.

In short, whoever controlled the crystal ore veins…

In the past, most of the crystal exploration, mining, and smelting industries in Dragon City had been firmly controlled by the two major corporations, Sky Pillar and Universe.

In fact, they were the top giants among the nine super corporations.

Even the crystals that the Red Dragon Army consumed on a daily basis were mainly provided by Sky Pillar Corporation and Universe Corporation.

Although, in most cases, Sky Pillar Corporation and Universe Corporations would provide the crystals that the Red Dragon Army needed first in order to maintain quality and quantity.

However, it was not a good feeling to have the most important strategic materials in the hands of others.

Ordinary crystals were not a big deal, but some extremely rare high-level crystals were involved. Even if Sky Pillar Corporation and Universe Corporation really excavated them, they might not send them to the Red Dragon Army immediately.

It was more likely that they would be left for the peerless experts in the nine great families who could afford the price.

The Red Dragon Army naturally wanted to change this situation.

The problem was that long before the Red Dragon Army and the Survival Committee were established, the forerunners of Sky Pillar Corporation and Universe Corporation had already begun to explore and excavate the crystal ore veins around Dragon City.

The founder of Sky Pillar Corporation, Lu Siya’s grandfather, Lu Zhongqi, was one of the best prospectors, crystal specialists, and spirit scientists in Dragon City.

It could even be said that the naming, definition, mining, and smelting methods of the “crystals” in Dragon City were established by pioneers like Lu Zhongqi.

Lu Zhongqi had made significant contributions to Dragon City before.

The dozens of mother lodes that he had discovered had brought the burning flames of spirit energy to Dragon City, which was about to be devoured by darkness due to the depletion of its resources.

On the other hand, he himself had been exploring the depths of the mines with the densest spirit energy day after day, year after year. His internal organs, limbs, and the spirit veins all over his body had been moistened by the crystals without his knowledge. Together with his extraordinary talent, his cellular structure was extraordinary, he had actually become the peerless expert with the richest spirit energy in Dragon City.

It was reasonable and impeccable for such a peerless expert who had made great contributions to Dragon City to establish the largest mining group in Dragon City.

Sky Pillar’s competitor, Universe Corporation, as well as the super enterprises that monopolized other important fields in Dragon City, were in a similar situation. They all had their own reasons for monopolizing—all kinds of objective reasons that were reasonable or unavoidable.

Therefore, during the twenty to thirty years when the Red Dragon Army had just been established and was still very young, they had always accepted the model of the nine mega corporations providing war resources and military budgets.

In short, the Red Dragon Army only cared about fighting. The other trivial matters were all handled by the nine mega corporations.

At the moment when Dragon City’s civilization was on the brink of death, this model had worked well.

Faced with the threat of a torrential beast horde, the Red Dragon Army and the “big nine” had a long “honeymoon” period where they were very close and worked together.

However, with the rise of the Red Dragon Army and the expansion of mega corporations, especially in the past six months, the collapse of the number one enemy—the monster civilization, the situation had changed subtly without anyone realizing it.