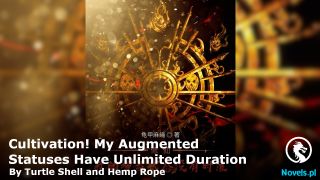 This woman was wearing a professional suit that not only accentuated her figure but also made her look capable.

Her makeup had also been exquisite.

Compared with the dusty, noisy, and polluted crystal mine, her appearance made her seem more suited to appear in a clean and bright office building

However, at that moment, her expensive professional suit had been torn into pieces by the shock wave.

Even her exposed skin was covered with blood marks from the scraping of gravel.

Her exquisite makeup had long been burned to ashes.

After being washed by the storm, she had become a ragged cat with Tongchui Hualian[1]’s face.

Even her shiny long hair had been burned to the point that it curled up like an upside-down chicken coop.

Following her intense struggle, the “chicken coop” swayed on her head, making her look more like a hysterical crazy woman.

However, Meng Chao narrowed his eyes.

He could tell that this woman was not as simple as she appeared.

She seemed to be powerless. She was tightly bound by two strong men. No matter how hard she struggled, she could not escape from their grasp.

However, Meng Chao could tell from the distinct muscle lines on her arms and legs, as well as her habitual movements when she exerted her strength that she had concealed a part — a large part of her strength.

The woman was pretending to be a pig to eat a tiger.

If she went all out, the two muscular men who looked strong but were not as strong as her were no match for her at all.

The burns on the woman’s face and the abrasions on her body were enough to prove that she had been near the crystal warehouse when the explosion occurred, Meng Chao thought.

No matter what happened in the Crystal Warehouse, she is likely to be the first witness

At that moment, a round fat man appeared in Meng Chao’s sight.

The Fat Man’s face was full of smiling lines. He was usually a very cheerful person, or at least, he pretended to be.

However, at that moment, his entire face was covered in dark clouds. Every smiling line was twisted into lightning. His small eyes looked like they were about to spurt out magma.

When the woman saw the Fat Man, she was like a drowning man who had found a life-saving straw, she hurriedly shouted, “Director Wang, you are here to testify for me. It was your universal group that invited me to do an exclusive interview for President Shen. Is this how you treat your guests?”

“Miss AI, it is indeed our universal group that invited you to Hong Xi Valley as a guest.”

The Fat Man suppressed his anger. “However, your interview ended half a day ago. Right now, you should be sitting on an armored airship back to Dragon City.

“Please give us a reasonable explanation. Why did you sneak out of our Crystal Warehouse when you were supposed to be back in Dragon City?”

“Because of the torrential rain!”

The female reporter named ‘miss ai’blurted out, “The torrential rain has blocked the route. Nobody can go back. You should know that!”

“However,”fatty said, “On the mining area, a temporary refuge camp on the highland has been prepared for all the stranded passengers. Red Creek Creek Creek Creek is a low-lying place. It is not a good place to hide from the torrential rain and floods.

“Tell me. Why did you sneak back and sneak into the Crystal Mine?”

Miss Ai’s face was flushed. “I just wanted to interview a few of the staff at the bottom level of the universal group and make the exclusive interview more flesh-and-blood!”

“I remember that half a day ago, I told you that there would be no more exclusive interviews. President Shen has already refused your interview, and he has even refused to allow you to leak the completed interview in any form. Otherwise, you will be responsible for the loss of the universal group caused by the false information, both financially and legally!”

“That’s right!”Fatty snapped. “I didn’t expect that you wouldn’t give up and take the risk to sneak into our crystal mine.

“Not long after you snuck in, a world-shaking explosion took place in the Crystal Warehouse.

“I really doubt that you did anything to our Crystal Warehouse.”

She seemed to have suffered great humiliation and injustice.

“How could I have done anything to the Crystal Warehouse? Do you suspect that I caused the explosion? Are you kidding me? How could I have the ability to detonate so many raw crystals in one go?” “Director Wang!”Miss AI shouted. “You don’t have the right to make such ridiculous accusations against me until the matter is investigated!

“I have a lot of questions to ask him about the inexplicable explosion of the Crystal Warehouse. As the first person in charge of the Red Creek Creek Creek Creek project, he has the responsibility to tell all the citizens of Dragon City the truth!”

“Don’t worry. The matter will be investigated. When the time comes, the universal group will naturally give all the citizens of Dragon City, including Miss AI, a satisfactory explanation. As for now, please calm down, Miss AI. Don’t cause any more trouble for president Shen and US, right?”

Fatty gestured to his left and right. “It’s too chaotic here. Please go down and rest for a while, Miss AI.”

The two brawny men nodded and lifted miss ai up.

Miss Al’s feet seemed to be stepping on an invisible bicycle as she stomped around in midair, “You are illegally confining me. What right do you have to deprive me of my personal freedom? “You are just a company. You are not the investigation bureau, the Tribunal, the transcendental tower, the Red Dragon Army, or the survival committee. You have no right to do so!

“I will sue you. I swear that when I return to Dragon City, I Will Sue Your Universal Corporation. I will sue you until you are bankrupt!”

As she struggled violently, her tattered sleeves were unintentionally torn off by the Brawny man on her right.

Miss AI revealed her pale arm. There was a scar that looked like a tear but had radioactive markings around it.

He recognized that it was an extremely tricky nightmare beast. The ‘intentionless spider’ had gnawed and injected poison into it, leaving behind a special scar.

The intentionless spider itself was not considered a very powerful monster.

Even among insect-type monsters, its combat ability was not worth mentioning.

However, it could secrete an extremely insidious poison that could destroy the spiritual veins of low-level extraordinaires, leaving an incurable sequela for them.

And this poison also had a very strange anesthetic effect.

During the twelve hours when the poison gradually took effect, the victim would not even realize that he had been poisoned. He would still cultivate and fight as usual, which would speed up the circulation of his blood and the circulation of his spiritual energy, as a result, the poison would invade the depths of his cells, making it difficult for even the golden immortals to get rid of it.

According to Meng Chao’s incomplete statistics before he left Dragon City, there was over a 70% chance that the extraordinaire who was bitten by the intentionless spider would be severely injured and disabled, their cultivation would plummet, and they would become a remnant star extraordinaire, the possibility of breaking through the one-star boundary is lost forever.

The reason why Meng Chao is so familiar with this scar.

It’s because there are so many members in the remnant star society… who regret their lives because of the inanimate spider.

In fact, the name “Intentionless spider”implied that once they were hit, they would be “Incurable and hopeless.”.

On the other hand, the range of activities of the intentionless spider was very small.

It only lived in the depths of the monster mountain range, in a place called “Corpse Insect Valley.”.

It was a notoriously dangerous and treacherous place.

Only the extraordinary ones who were the least afraid of death and the ones who did not believe in evil dared to venture deep into the Corpse Bug Valley. They tried to use the poisonous fountains and insect juice in the valley to stimulate cell division, induce genetic mutation, and allow their cultivation to soar, they would climb to the peak that they would never be able to reach by relying on the nourishment of conventional genetic drugs!

From this point of view, all the people who had such ‘Teardrop Scars’on their bodies were hopeless gamblers.

They could only accept their loss.

“So, this seemingly harmless female reporter used to be a ruthless and audacious monster hunter. She had no choice but to leave the jungle and become a reporter because she was bitten by the intentionless spider in the corpse insect valley? “If that’s the case, these seemingly strong men are no match for her.” Meng Chao thought of the remnant star society’s remnant star transcendents who had also been attacked by the intentionless spider and their cultivation had plummeted.

Although their spiritual meridians had been corroded by the poison, their combat strength had plummeted to a fraction of what it had been in the past.

However, the intentionless spider’s poison would not damage the cerebral cortex and central nervous system. They still had their experience, and their sense of smell was as keen as before. In order to make up for their lack of combat strength, they often taught themselves all sorts of unorthodox methods, when they were ruthless, they were even more difficult to deal with than many academic sects who had trained to two-star and three-star in greenhouses. “What is Miss AI trying to do?”Meng Chao asked

“She is not Shen Yulin’s friend, “Meng Chao mumbled. “But Shen Yulin did accept her interview, too. However, the two parties did not seem to be on good terms.

“When the explosion happened, she was hiding near the crystal warehouse. What did she see?”

[1] A military character in Chinese opera