“Old Zuoqiu, Tuoba Yan has already been executed. Do you think a puny array can trap me?” Ye Chen snorted coldly.

When they heard Ye Chen said that Tuoba Yan was dead, Nie Qingyun and the Eclipsing Firebird that took on the form of an elder seemed to already have assumed as much. As for Great Emperor Mingwu, he cast a deep, meaningful look at Ye Chen. Ye Chen had astounded him time and again. If Ye Chen was a Mystique Venerable expert, such a young Mystique Venerable expert like him with his entire life ahead of him, would have no trouble reaching Godly Venerable Rank! Great Emperor Mingwu had been planning to lead the Yin Clan of the Royal Tribe in submitting to Ye Chen. Initially, he still harbored some reservations but now, he finally decided upon it.

“Whether you believe me is no concern of mine. Just wait for your own death,” Ye Chen said breezily.

“You can’t possibly break the array. I’ll kill you and let you witness the power of the array!” Zuoqiu Gongye was hysterical by now. He moved both his palms, causing six boulders, weighing six hundred kilograms each, to rise in the air and hurtle toward Ye Chen.

“You’re trying to hurt me with a few rocks? Surely that’s underestimating me a little.” Flying Daggers had materialized in Ye Chen’s hands. If Zuoqiu Gongye had not acted, it would have been challenging to locate the cracks in the array. However, now that Zuoqiu Gongye had attacked, the multiple flaws of the array could be discerned in a glance. Ye Chen did not panic in the slightest when he saw the six boulders hurtling over. With his gaze as swift as lightning, he looked upon a distant tree. With his right hand, he flung a Celestial Chi Flying Dagger toward that tree and cried out, “Break!”

When the rest saw the six boulders shooting toward Ye Chen, Great Emperor Mingwu, Nie Qingyun, and the rest launched toward these boulders with flashing blades. These six-hundred-kilogram boulders were intercepted by them.

Swish - the Celestial Chi Flying Dagger was like a streak of light, aimed squarely at that massive tree.

The center of the tree exploded instantly, its trunk snapping in half as it fell over slowly. It landed with a thundering crash, sending up a cloud of dust.

One of the boulders in the air seemed to have lost its support and dropped down, smashing into the ground.

“This is impossible!” Zuoqiu Gongye pulsated his palm energy but he was unable to control that boulder now. He has lost his connection to the boulder.

“I’ve destroyed part of the array’s chi flow. As I wreck it bit by bit, let’s see where else you can run!” Ye Chen harrumphed coldly. Swish swish swish, Celestial Chi Flying Daggers shot out one after another.

When they saw the boulders crashing down, whether it was Nie Qingyun and the Eclipsing Firebird or Great Emperor Mingwu, they were tremendously roused. It turned out that the flaw of the array was right there. This formation had entrapped them for so long that they knew how impressive it was. Great Emperor Mingwu had never imagined that such an enigmatic formation would be easily broken by Ye Chen.

“I’ll kill you!” Zuoqiu Gongye’s eyes were bloodshot with madness. He knew that once the array was shattered, he could not possibly defeat so many powerhouses with his capabilities. With a furious snarl, he mobilized his entire body’s Celestial Chi and a few dozen boulders soared up and spun toward Ye Chen and the rest.

Ye Chen’s eyes narrowed icily. He had located seven cracks in the formation. One Celestial Chi Flying Dagger after another whizzed out.

Zuoqiu Gongye lost control over one boulder after another. They dropped to the ground and were sent flying by the palm energy of Great Emperor Mingwu and the rest.

“What impressive Flying Daggers!” Great Emperor Mingwu was greatly shocked. If these Flying Daggers were refined from some precious metals, it would be no surprise that they were this sharp. Nonetheless, these were materialized from Celestial Chi. They were instantly destructive and incomparably piercing. This was too astonishing.

Soon, the scene before their eyes transformed. Their surroundings were in a mess and not far away, Zuoqiu Gongye stood beside a boulder, looking as if he had lost his mind. His hands constantly manipulated Celestial Chi, yet he was no longer able to mobilize those boulders.

The array had been broken!

Zuoqiu Gongye noticed that Nie Qingyun, Great Emperor Mingwu, and the rest were staring at him. He felt a chill in his heart and immediately realized that he would certainly die today. He promptly got up and raced away.

“Old Zuoqiu, where can you run to?” Nie Qingyun and Great Emperor Mingwu both were quick as lightning, giving chase.

The Eclipsing Firebird resumed its primal form and gave chase as well, flapping its wings.

As Zuoqiu Gongye saw the Eclipsing Firebird diving down from the sky, he stumbled and crashed into the ground, appearing endlessly pathetic. Nie Qingyun and Great Emperor Mingwu both brought down their swords and Zuoqiu Gongye hurriedly retaliated.

Zuoqiu Gongye raised a long stick to parry the attack from Great Emperor Mingwu and Nie Qingyun. With a loud thud, these forces collided. Zuoqiu Gongye spat out a mouthful of blood.

Although the strength of Nie Qingyun and Great Emperor Mingwu was grievously damaged in the array, it was two against one now. How could Zuoqiu Gongye be at an advantage?

Now a shaft of fire descended upon Zuoqiu Gongye and a pitiful shriek rang out.

It was three against one now. If Zuoqiu Gongye still managed to flee, Great Emperor Mingwu and the rest would be thoroughly ashamed.

Ye Chen stood where he was. Seeing that Zuoqiu Gongye was about to be killed, they should be able to leave. He surveyed this island and thought of Little Tanuki and Little Wingsy. Waves of sorrow welled up in Ye Chen’s heart. At the start, they had come here together. He had never thought that he would be returning alone.

Just then, there was a distant, thundering rumble like an earthquake or a landslide. The restrictive spell above the island of the Exclusion Zone was covered in traces of fissures and instantly began to collapse. The ground shuddered violently and in the blink of an eye, half of it had caved in.

“What’s going on?” Everyone was startled.

Ye Chen looked up and suddenly understood. He yelled, “The Exclusion Zone is going to collapse anytime now. All Earthly Venerable fighters, sit atop the Golden Sun Condor and the Eclipsing Firebird!”

The Eclipsing Firebird was rather disgruntled about allowing Earthly Venerable Rank trash to sit on his back but since His Highness the Daemon King had given this order, how would he dare disobey? Together with the Golden Sun Condor, they carried the group of Earthly Venerable fighters.

As they looked down, the island of the Exclusion Zone started to splinter apart, sinking into the sea chunk by chunk. When the island sank, towering waves surged up. It was a particularly spectacular sight. The restrictive spell in the sky also crumbled and fell, dissipating in the air.

A tsunami was triggered by the island’s sinking. The Xiwu Empire’s tower ship and the Nanman Kingdom’s warship which were moored by the Exclusion Zone were submerged in the waves.

Countless terrified birds fluttered into the sky, circling above the island with their sharp cries.

This scene was similar to an apocalypse. It was alarming and frightening.

“Why would the Exclusion Zone collapse?” Great Emperor Mingwu and the rest were baffled. They sneaked a glance at Ye Chen. It was likely that only Ye Chen knew the cause of this but they dared not ask.

The scene that Little Squido saw emerged in Ye Chen’s mind. It was the Soul Pearl that had broken through the restrictive spell of the Exclusion Zone, which incited the collapse of the entire Exclusion Zone!

Although Little Squido was not that strong, it was nearly immortal. It was immensely difficult for someone to kill Little Squido. Ye Chen allowed Little Squido to track down the Soul Pearl, seeing if it could get Little Wingsy back.

“Let’s go. We’ll discuss things after we leave this place!” Ye Chen said. The tower ship that was moored by the Exclusion Zone had been swallowed by the sea. Fortunately, they had the Golden Sun Condor and the Eclipsing Firebird.

Everyone turned back and looked. The entire Exclusion Zone was gradually sinking into the sea, vanishing without a trace. They could not imagine the chain of events that would be triggered by the Exclusion Zone’s sinking. The balance between various great nations would be disrupted. Who knew how the future would unfold? They could only return for now and assess the situation.

The two large birds flapped their wings and soared, carrying everyone on their backs.

“Your Majesty…” Ye Chen was about to say something.

“You’re flattering me. Comrade Ye Chen, from now on, don’t address me as Your Majesty. Just call me Mingwu directly. We’ll speak as equals,” Great Emperor Mingwu said. His tone and attitude were significantly different than before.

Ye Chen was silent for a moment before nodding. “Very well. If news of the Exclusion Zone’s sinking and disappearance spread around, there’s bound to be some response. After we return, we must make preparations. I’ve decided to stay in this sea region and will only return after some time.” Ye Chen wanted to look for Little Wingsy. He had to know that Little Wingsy was safe and unharmed at least before he could rest easy. He looked toward Nie Qingyun and the rest. “Follow them back. If anything happens, do your best to help.”

Ye Chen let the Eclipsing Firebird carry Great Emperor Mingwu, Nie Qingyun, and the rest away while he rode the Golden Sun Condor.

As Ye Chen looked into the distance, the Eclipsing Firebird drew further away and at last, disappeared at the horizon.

Ye Chen closed his eyes and sensed around, then gave a command to the Golden Sun Condor.

The Golden Sun Condor circled in the air momentarily before heading toward the north side of the sea region.

The North Sea weather was chilly with an icy wind that cut to the bone. It would freeze anyone into an ice sculpture. Fortunately, after Ye Chen had circulated his Celestial Chi, he did not feel the cold. Weather like this was perfect for cultivating the Ice Mystic Technique.

Little Squido seemed to have stopped somewhere. Ye Chen shut his eyes and perceived the scene that Little Squido was seeing, which was transmitted into his mind. The depths of the sea were filled with all sorts of wonders. There were rows of palaces and innumerable Sea Demons swimming back and forth. This must be Tantai Ling’s world.

The Soul Pearl had raced swiftly all the way, entering a deep marine trench. It was pitch black inside.

Little Squido stopped beside the Soul Pearl and blinked its eyes, using its tentacles to touch the Soul Pearl. The glow of the Soul Pearl was dim and the faint, unstable sound of talking could be heard from within. 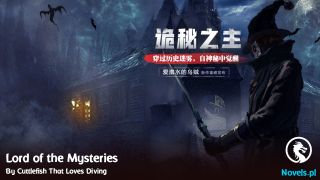