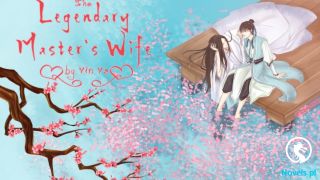 She couldn’t control herself. She wanted to kiss him. However, he just lowered his head and placed it on her shoulder as though he was avoiding her.

He was extremely obedient. After that, he pushed her away. His gaze was still a little unstable as he said, “I’m leaving.”

That’s all? Bo Jiu raised her eyebrows. She was slightly unhappy. She lowered her head and looked at her fingertips.

She felt that it was time to use the drug she took from her black buddies on the Almighty. After all, she would be going to Milan the day after tomorrow.

She would be participating in the National League, hence the training schedule was tighter than normal. Besides ensuring that they had an adequate amount of training, they needed to rest properly too. There would definitely be no time for them to date.

Today, she finally managed to have a break. No wonder Bo Jiu had this thought in her mind. She was going to go home anyway.

Bo Jiu lifted the corners of her lips. After she went home, she would have the chance to drug Qin Mo.

Qin Mo walked in front of Bo Jiu. The feeling was still lingering on his waist. His deep and dark gaze became more intense and there was a small smile at the edge of his lips.

In the main hall.

Finally, the sound of keyboards couldn’t be heard.

Didn’t he normally wear his shirt very tidily? He even said that if someone couldn’t wear his shirt properly, he shouldn’t come out into society. He said that they should take care of their image because they were team China now. They were representing their country. Hence, Zhao Sanpang stopped wearing slippers and started following the rules.

So what on earth was wrong with this fellow today!

“Today is a holiday.” Qin Mo’s tone was indifferent.

Zhao Sanpang sniggered. “What does that have to do with not wearing your shirt properly?”

“A holiday is regarded as our personal time.” Qin Mo glanced at him. “My shirt is messy because Jiu played with it.”

Zhao Sanpang froze abruptly. What the hell! Why was he being fed with their love again!

“Then you should tidy your clothes!”

Qin Mo replied slowly, “You don’t have a girlfriend so you don’t understand. It feels good when your girlfriend voluntarily plays with your clothes.”

So you purposely left it like this! Have you seen anyone who dates like you? When would a lady play with a man’s shirt voluntarily!?

Little Mo Bei was standing beside Zhao Sanpang. She was already carrying her school bag. There were no expressions on her face. “Almighty Fatty, you get defeated every time. Why do you still want to argue with my mistress?”

Zhao Sanpang: … This was really frustrating!

Bo Jiu laughed heartily at the side. She rubbed Mo Bei’s head with her right hand. “Don’t be like this. Your Master Fatty is still the esports player with the most female fans. He needs to maintain his image.”

“Female fans?” Little Mo Bei furrowed her brows slightly. “The world is so strange. I thought that everyone looks at the face.”

Zhao Sanpang wanted to vomit blood. “Am I not handsome?”

“Do you want to hear the truth?” Little Mo Bei asked him back seriously.

Zhao Sanpang paused for a moment! How was he supposed to reply!

Luoluo was laughing happily at the side. Her gaze landed on the small little figure. Then, she looked up at Bo Jiu and said, “It’s a pity.”

When Luoluo smiled, her long hair flowed down. She was indeed very beautiful. “The disbanding of the Supreme Alliance is a pity for Bey.”

Luoluo glanced at her from the corners of her eyes. “Are you so sure? I thought that she doesn’t want to play anymore.”

“It’s good that she’s leaving for a period of time.” Bo Jiu smiled. “If you’re too stubborn, you will break easily. If she continues playing professional esports after we leave, if she only knows how to play an assassin, her teammates might get jealous of her and they might betray her. She’s still too young.”