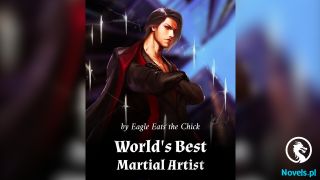 “I’m having dinner with some directors.”

Then, Huo Mian fell silent and hung up the phone.

Just when Su Yu thought that this was over, he received another message from Huo Mian 20 minutes later. “I’ll wait for you outside Yu’s Kitchen. No rush, come down once you’re done.”

No Rush? It was freezing outside! Winter this year had been especially brutal; C City could get as cold as - 20 degrees at night.

“I’ll be right back.” Apologetic, Su Yu got up to leave the private room. Thank goodness the directors knew Su Yu well, so no one blamed him for leaving.

Su Yu ran downstairs and out the door to see Huo Mian sitting at the curb on the street across from him. She was wearing a thin cashmere coat - in this weather only a thick down jacket was capable of keeping someone warm.

Su Yu’s heart ached as he ran across the street. He quickly took off his Canada Goose jacket and placed it on Huo Mian’s back.

“How long have you been sitting here?” Su Yu asked helplessly.

“You could’ve at least worn a down jacket, do you know how cold it is outside? Are you new to this city?” Su Yu scolded Huo Mian because he cared about her.

This was why Leila continued to approach and seduce Su Yu. She couldn’t obtain warmth from Qin Chu, so she was seeking it from Su Yu.

“Get up, come back to the restaurant with me.”

“But you’re having dinner with the directors… I shouldn’t go,” she pretended to refuse.

“I’ll eat with you, just you. You haven’t had dinner yet, right?” Su Yu looked down at his watch, and then up at Huo Mian’s face.

“Then let’s go in.” Su Yu stood up; he was now only wearing a white Versace sweater with a classic Medusa pattern.

They walked back into the restaurant and into a small private room. Su Yu sat down and handed Huo Mian a menu. “Dr. Huo, order whatever you want. The food here is good.”

“Okay, I won’t hold back.” Leila flipped through the pages happily. However, she wasn’t really interested in the food here - she didn’t eat food to stay alive.

Su Yu stood up to go to the washroom. On his way out, he thought about it and decided to call Qin Chu to avoid an unnecessary misunderstanding.

“Mian’s with me right now, we’re at Yu’s Kitchen…”

“Did you guys get in a fight?”

“She looked sad and came all the way here to have dinner with me. I called you just in case.”

“Okay, thanks,” Qin Chu said with disinterest before hanging up.

Su Yu wondered why Qin Chu’s attitude was so distant. He would never act like this towards Huo Mian… Su Yu was all but certain that something bad had happened between them.