Support
Random Novel
Losing Money to Be a Tycoon 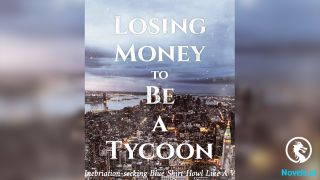 It was very easy for a cultivator in the Tribulation Passing stage to make a cave.

As soon as Yang Chen stepped into the cave, he could feel the richness of the spiritual energy.

Around him were neatly placed jade bottles, containing spring water, herbs, and fruits. They were all well preserved. For most of them, he had heard it from Xiao Zhiqing while some were listed as rare resources in books.

Located at one corner was the iron, such as the frosty iron and fire iron. There were even extremely rare ones, like the colorful dark iron and gold iron. Those were used to forge upper-tier artifacts.

If Master Insect had the ability and a proper cauldron, he would have obtained plenty of artifacts by then.

However, Yang Chen also noticed something that made him furrow his brows—the pile of human bones at one corner.

Judging from the shape of the bones, they were mostly female. From the looks of it, the bones must have come from one thousand people at the very least.

“What with the bones?” Yang Chen asked.

Master Insect dared not hide anything from being under his oppression.

“Master… Those are the bones of young women whom I’ve fed my kids.”

Yang Chen frowned, deep in thought. He had heard about some wicked cultivation techniques that used blood and flesh as the medium.

Those who practiced such cultivation techniques were different from the demon cultivators he had met in the Ten Thousand Demon Realm. In the realm, only those who lost to their inner demon would go berserk and become a demon cultivator.

As for those who practiced such evil techniques, they harmed others for their own benefit. Although they were also fighting against the odds, one was brave and righteous while the other was malicious.

Master Insect had been in Korea for more than a century, so those women must have been abducted during that time. It was not surprising that he killed thousands of people since he could easily abduct a dozen people each time during the war.

Worried that Yang Chen would kill for that, he quickly defended himself. “Master, my cultivation technique was passed down to me by my master. I… I want to learn a better cultivation technique too, but this isn’t the Great Ancient times. It’s hard enough to get one that could bring me to the Soul Forming stage. Please let me off the hook for the sake of the resources I’ve given to you!”

With a deep voice, Yang Chen said, “Give me the list of the major personnel in the North Bureo clan.”

Master Insect nodded and a small book appeared out of nowhere.

“Hmph, so that’s a space ring. You have plenty of good stuff,” Yang Chen said as he took the book over.

Upon hearing that, Master Insect let out a wry smile and handed his space ring to Yang Chen.

He was hoping to keep it since it had quite a lot of resources in it too. Unfortunately, he had to give it up to stay alive.

Yang Chen checked the ring with his divine sense. That ring was almost the same size as the Sumeru ring he had given to Hui Lin. He could give it to the other ladies. The thought of it pleased him, but he was more pleased to see the rare herbs in it.

With that, he could concoct more pills that were unattainable by Hongmeng and the hidden clans to boost his and the other ladies’ cultivation.

“Master, I’ve given everything to you. Can I go now? I swear I won’t harm others anymore and I’ll never show up in front of you again…”

Yang Chen fiddled with the new ring and smirked, “You need to leave one more thing here.”

“Wh-what?” Master Insect touched the items on his body, but he only found the beads bracelet valuable enough. Still, it was nothing special.

“Master! How could you break your promise! You said I only need to give you…”

Yang Chen guffawed. “I’m not a master, nor am I a hero. I only know that a hypocrite as wicked as you does not deserve to live!”

By then, Master Insect knew he had fallen for Yang Chen’s trap.

He wanted to flee, but Yang Chen refused to give him the chance. As he stretched his fingers, a strong surge of Heaven and Earth Restoration Energy was released from his palm. It moved like a silver dragon claw which grabbed Master Insect!

At that instant, Master Insect’s body was covered by a cloud of black smoke. He was trying to get out of there with his poisonous insects.

Unfortunately for him, Yang Chen’s Heaven and Earth Restoration Energy was mixed with Chaos, hence it could engulf the spiritual energy in the poisonous insects.

Master Insect had yet to finish his threat when his body flattened and shattered into a surge of spiritual energy.

He did not have the chance to be a ghost as even his soul was engulfed.

In just a few seconds, Master Insect dissolved into nothing. His spiritual energy entered Yang Chen’s dantian and was transformed into the Heaven and Earth Restoration Energy.

Yang Chen was also surprised by it, for he did not expect the Heaven and Earth Restoration Energy to have such an effect. He was even thinking about doing it but the Energy just absorbed Master Insect on its own.

That meant that he no longer needed to use the Chaos Cauldron to absorb the spiritual beings.

Plus, because of the Chaos Energy, Yang Chen would not have to worry about his True Yuan being mixed with different energy since Chaos itself was the ultimate form of disorderly.

Still, there was a possibility that Master Insect’s cultivation level was far weaker than his, so he could be engulfed easily. If it were a powerful opponent, it would be difficult to break down their True Yuan and absorb it. Yang Chen knew better that he could not depend on that to win all battles.

For the past century, Master Insect had been in control of the North Bureo clan, hence most of the money they earned went to his pocket. Although he used a lot, he still saved a significant amount.

Yang Chen made a rough calculation. There were around hundreds of billions of dollars here, not including the good bars Master Insect had deposited in banks all around the world.

The realization made Yang Chen laugh. He had just lost billions for giving petroleum to the government and someone immediately gave him money to refill his own pocket.

As for the book of names, Yang Chen merely glanced through it and saw there were no familiar names on it. He thought the Gong family was suspicious, but their names were not there. Yang Chen figured he was being too skeptical.

At the same time, he did not plan to do anything with the list. Since they lost their leader, surely they would fight amongst themselves to take the position. That was the Korean government’s problem, not his. After all, he only cared about the clan’s wealth, not the members.

Yang Chen looked around and was thrilled to see the resources around him. Then, as he walked, he put them into his space ring.

He recognized some of the stuff, but the ones he did not recognize were rich in spiritual energy. Hence, Yang Chen made a mental note to ask Xiao Zhiqing about them.

When he saw a crimson red fruit inside a jade bottle, he froze.

It took him some time to regain his senses. Once he did, he quickly took out the book Yu Xuening had given to him. After checking the name of that fruit, he suppressed his joy and kept it in his ring.

Yang Chen was no longer interested in looking at the rest of the stuff. He just stuffed it in his ring and left after making sure the cave was emptied.

Then, he flew to the sky and unleashed a beam of Heaven and Earth Restoration Energy to the mountain.

With a thunderous rumbling sound, the mountain collapsed. Soon, the seawater flooded the small island.

Once the island was nowhere to be seen, Yang Chen hummed and returned to Seoul.