Support
Random Novel
I Have a Mansion in the Post-apo 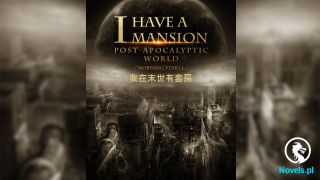 With new hunters arriving from other places, the Tree Shade Shelter was bustling with activity in the past two days.

The patrol members wearing black combat uniforms were scattered in all corners of the shelter. Their eyes alert, staring at every hunter passing by, especially those with great strength.

During this time, Roger practiced day and night, pushing everyone’s potential. The patrol members’ strength had advanced greatly; there were already many hunters who had broken through the Third Awakening Stage, while their combat power was at least a level higher than their opponents at the same level.

In addition to the new sharp weapon they wore around their waist, a long striped firearm also hung from their back.

It was a newly developed rifle, manufactured by the Equipment Department. It was known for its penetrating power.

Even if they encountered a super expert hunter who had broken through the Sixth Awakening Stage who caused trouble, they could take him down with their good equipment and skill coordination.

At the entrance of the resort, the registration office that belonged to the Municipal Department was busy.

The staff members couldn’t even breathe, yet they noticed that Wang Zhou, the person in charge of the registration office, had disappeared.

Could it be that the guy was slacking off?

With his smug face, the patrol members who were standing guard around the office thought it was possible. “That Wang Zhou guy, he’s not slacking off, right?”

“Huh?” The busy registration officer looked up, “Wang… I mean Mr. Wang, I just saw him flustered and suffocating. He said something about… a breakthrough.”

Wang Zhou’s face was flustered with a red hue as if he was feeling embarrassed.

The situation was awkward.

It was exactly the thing he was doing.

For an ordinary person trying to break through to become a hunter, Leader Tang had provided him with a lot of materials. Of course, it’s not for free.

Wang Zhou clearly remembered those words. “If you can break through within three days, I will give you the potion for free.

If you breakthrough within five days, you need to pay 10% off all the expenses. Within a week, a 20% discount. If it’s more than a month, you should pay it in full.”

Thinking about the Body Hardening Potions, he had used as well as some auxiliary materials. Although he will pay it with an official special price, the price will be cheaper than the Adventurer’s Guild, but it’s still a lot of money.

With his poor mathematical skills, he couldn’t calculate if it’s going to take months or years to pay off his debt. But he understood one thing.

Once he was burdened with debt, he had to eat porridge with vegetables while others eat boiled fish, kung pao chicken, BBQ ribs, hot and spicy chili noodles, steak, etc.

Well, rice porridge and vegetables are good. Half a month ago, he couldn’t even eat vegetables every day. But the biggest damage wasn’t from how bitter they were, but how tasty the other survivors’ meal was in contrast to his meal.

It pierced his heart with sorrow. Wang Zhou cried out, trying to shake off the bad thoughts in his mind.

The first deadline of 3 days had passed, and now the second deadline was approaching. In order not to get into debt, he headed to the Training Camp as soon as he can.

He even almost lost his beer belly. Now, as soon as he saw the black target punching bag, he can’t help but smash it.

Walking on the road, his body felt like he was floating. This was the consequence of staying in the gravity room for a long time. There was still fear in his eyes as he recalled his past experience.

He still remembered that Zeng Hu said that he needed to be disciplined if he wanted to become stronger. Push up 100 times a day, sit up 100 times, squat 100 times, 100 pull-ups… However, he did more than 100 times!

Think about the time when he squatted down. His inertia made his legs uncontrollably exert force and made him stand up again.

He almost lost his mind!

“Fortunately, I’m about to breakthrough. That nightmarish day will be gone, and when I succeed in breaking through, I’ll make sure to ask Leader Tang for some credits and have a big meal…”

“Now, I just have to take the last step to break through the bottleneck.”

He used a Body Hardening Potion, auxiliary device, and also practiced a cultivation method given to him by Leader Tang.

Squeezing his potential bit by bit until this morning, when he once again took a new potion that could improve his muscles, and his body’s potential was finally maxed out.

Wang Zhou rushed all the way straight into the training camp and launched a stormy attack on the specially made sandbags.

The sandbags shook violently, and the sound spread throughout the training camp.

The others who were still on the first floor of the training camp couldn’t help but look over.

“Could it be that you’re feeling sad, so you’re venting like crazy? But it’s not possible…”

Wang Zhou felt the surging energy in his body, which was the residue of the multiple potions he had used, and it was now fully exploding. But he still couldn’t break through the bottleneck.

It was an instinctive feeling; he could clearly feel that he was so close. So close, reaching a whole new world. Yet no matter what, the close distance can’t be touched.

With that in mind, Wang Zhou suddenly pulled out two small round balls from his pocket and threw them out.

The two-round basic puppets landed on the ground. As the head of the registry office, it was a safety measure given to him.

Wang Zhou ordered the two puppets to draw their weapons, “Come, attack me! Fire at me!”

The round puppets rushed at the hard floor, its thick arms clicked, flying a hefty punch towards Wang Zhou.

The others around were a little shocked.

I couldn’t understand what Wang Zhou was doing. Could it be he was a masochist?

A few more hunters who just arrived at the training camp spoke the truth. “I think Wang Zhou is about to break through from an ordinary person to a hunter!”

The shelter is small, and Wang Zhou is a well-known figure. Most of the newly arrived survivors knew him as the head of the registration office.

Even the Lindong mercenaries who saw many people gathered here were curious and followed them.

“Isn’t drinking a bottle of Awakening Potion is enough to awaken an ordinary person?”

“There’s a certain qualification to be awakened as a hunter.”

“Of course, I know about it! Wait, does that mean this Wang Zhou guy belonged to the type that can’t awaken?” The Lindong Mercenary was surprised.

“How can an ordinary person that doesn’t have the qualification breakthrough to become a hunter?”

“It’s not impossible.” The one who spoke was patrol member Zhao Ming. Now that the hunters gathered here, it became a place the patrols needed to focus on.

The more he spoke about it, the more he felt guilty. He remembered he was beaten down by the puppets during the patrol recruitment test.

Now, looking at Wang Zhou, although he was at a disadvantage and could barely keep up the two puppet’s movements, Wang Zhou’s performance was better than himself.

The Lindong mercenary was in deep thought, “That’s true. He doesn’t have any hunter aura on him, but how could he have such strong strength and speed? It’s not scientific, and it’s not from an awakening!”

“Leader Tang is also a pharmacist?” Lindong’s mercenary thought, stroking his chin and feeling something was wrong, “Isn’t Leader Tang an expert in Rune Literature? I have also heard Leader Tang and our Lindong’s Dean Sun had an in-depth exchange. I heard even Dean Sun admired Leader Tang. If I had known about his identity, I would’ve come to Tree Shade Shelter long ago.”

At this time, Wang Zhou was being suppressed by the two puppets, retreating further and further. There wasn’t much fighting space on the first floor. He didn’t think much before he threw the puppets.

In order not to destroy the surrounding equipment, his fighting space was even smaller. The puppets had landed several punches across his face, half of his face now swollen.

Wang Zhou gritted his teeth, from the corner of his eyes, he was cornered with a wall behind him. There’s no escape.

However, he was already in a fierce combat mode. There’s no way he’s gonna call off the puppet now. He wanted to face them head-on!

The puppet rushed with another big punch. This time, Wang Zhou couldn’t dodge. He was slammed against the wall with his hands behind his back.

Another puppet attacked, and Wang Zhou could only stare as the puppet’s punch approached him.

The punch hit his face. His head was buzzing as blood splattered out of his nostrils.

Wang Zhou didn’t have time to grunt in pain, and it was as if some barrier had shattered.

Every bit of his cell was leaping, and in an instant, everything around him became different.

Even the punch that hit his face didn’t feel pain anymore.

A hunter’s aura spread out from his body.

The surrounding hunters, the one that heard Wang Zhou was about to break through, or the clueless hunters were all astonished at the scene. They all stared at Wang Zhou with disbelief.