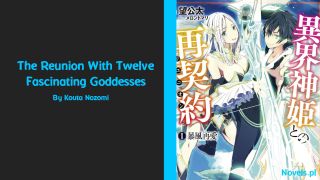 “Sorry, Madam, I already checked it carefully. I’m not sure where this rock came from. Really, I didn’t do it on purpose, Madam…”

Actually, the Songs spent a lot of money on food and drinks; none of their ingredients were the cheap, fake stuff. So, even before the packaging process, the content had already been carefully selected. A mistake like this was impossible. Especially not a rock in the food!

Moreover, Auntie Liu had worked for the Songs for over ten years, never had she made such a serious mistake.

Yet, the rock was really there!

And Zhou Manli even lost half her tooth because of it!

Auntie Liu’s heart sank. She knew her job had reached its end.

The Madam had always had a bad temper. Getting fired was a small matter, if she was more serious, she may even get her to compensate!

Zhou Manli pointed at her and said fiercely, “Hurry, pack your things and leave! I don’t want to see you again! Also, don’t think about receiving your pay from the last 6 months!”

Auntie Liu was helpless. She wanted to cry. “I really didn’t do it on purpose! I don’t know why that rock was there… Madam, my son needs money for his illness. Please forgive me…”

“Hurry and kick her out!”

As Zhou Manli spoke, the taste of blood filled her mouth. It put her in a bad mood. She held her hip and her face turned pale.

The servants did not dare to get on her bad side, so they quickly stepped forward to grab Auntie Liu.

“I’m not leaving! Madam! I really need this job. Please…”

The servants who knew Auntie Liu well began to drag her out as Auntie Liu cried. It was half a year’s pay!

Zhou Manli sneered. “You have no business being here. You can’t even do your job well. You might as well go home and retire!”

Half a year’s pay was nowhere near enough to compensate for her tooth.

What right did she have to cry and make a fuss? All this noise was giving her a headache!

Song Jingwan smiled at her apologetically. “Sorry, this was indeed your fault. My mother got hurt because of you. There’s nothing I can do.”

Auntie Liu couldn’t believe that the good-tempered and reasonable Big Miss would refuse to help her as well. Moreover, the cold look in her eyes was comparable to the Madam’s.

She felt a chill down her spine. However, the Songs were powerful and influential. What could a maid like her do?

She had no right to fight with these people. She could only endure!

After working here for over a decade, even a cat or a dog would receive some kind of love. Auntie Liu never expected to be kicked out of this place!

It didn’t take long before Auntie Liu left. The servants looked down and did not dare to even take a deep breath.

But Zhou Manli was still upset. She swept all the bowls and utensils off the dining table and they smashed on the floor.

She held her cheek in pain and her hip was in pain too.

“It’s all that brat’s fault! She’s bad luck even after she’s left! Just like when she was young!”

Zhou Manli did not believe in luck at the beginning either, but there was a period of time when she was extremely unlucky. When she went to see a fortune-teller, the fortune-teller told her that out of the two twins, one was lucky, and the other was a jinx!

After that, she played mahjong with Song Jingwan in her arms, and she was strangely lucky.

No matter what hand she got, she would end up winning in the end!

But when Song Yaoyao appeared, her luck immediately disappeared!