Support
Random Novel
The Shadowy Wedding Day with the 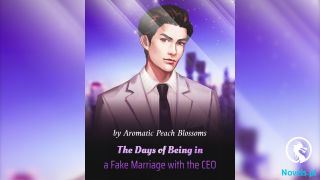 As the sky slowly turned dark, Dragon Emperor began to worry after seeing that nobody from the Sword Alliance had returned.

Then, late at night, a figure appeared next to Kylie’s clone out of nowhere.

It was the Abyssal King Jellyfish, Bloop.

She had taken human form completely.

She wore a white dress, and her skin was fair and tender. Her purple hair reached her waist, and her face was gentle and warm.

She gave out a completely different feeling when standing next to Kylie, who looked heroic.

Dragon Emperor tried to gauge Bloop’s combat strength. He had a faint feeling that she was slightly more powerful than a day before, but he had no idea how much more powerful she was exactly.

Nevertheless, her return relieved a significant amount of his worries.

Within an hour of Bloop returning, Old Spear (World-ending Spearfiend), Shadow (Shadow God), Teng Ran (Teng Snake), Ku Rong (Demonic Buddhist Holy Son), Blackscale (Symbiotic Creature of the Abyssal Fountain), Nine Gloom (Silver-armored Nine Gloom) and the others all came back to the battlefield one after the other.

When that happened, Dragon Emperor was finally relieved.

Over the next few hours, Lancelot, Charcoal, Tyrant and the rest arrived consecutively.

An hour before midnight, apart from Bloody, Bai, Grimace, Kylie’s Primordium and the bunch of Bug Tribe monsters, the remaining imperial monsters under Lin Huang’s command had all basically arrived.

Seeing that Charcoal had arrived, Dragon Emperor went over to chat immediately.

“You guys only left for less than a day, and yet your auras have increased significantly.”

“Of course,” Charcoal said while smirking.

“Are you confident enough to handle this round of breeding?” Dragon Emperor immediately asked further.

“I have full confidence in my ability to do so!” Charcoal was bursting with confidence.

“Can you spill the beans? How many chaotic cosmoses have you mastered now?” Dragon Emperor seemed to realize something after asking that question, after which he added, “Just give me the rough figure.”

Charcoal did not answer that question directly. Instead, it asked while smiling, “Can you calculate how many Abyssal monsters the ootheca will breed this round?”

Dragon Emperor was stunned when he heard the question, but he responded quickly, “One on the first day, two on the second day, then it will double on each subsequent day. Finally, there’ll be 512 on the tenth day. Therefore, there will be 1,023 monsters in total in this round. Why did you ask that?”

“Then how many chaotic cosmoses do you think those Abyssal monsters during the last round had mastered on average?” Charcoal asked further.

“That would be over 500 quadrillion…” Dragon Emperor was clearly stunned when he calculated that. He glanced at Charcoal and the remaining imperial monsters present, after which he looked shocked. “No way. Do your Kingdoms really contain so many chaotic cosmoses?!”

Apart from Bai, Kylie and Grimace, who were not here at the moment, there were a total of 25 people from the Sword Alliance present.

If those three were included, there would only be a total of 28 people.

Dividing 500 quadrillion chaotic cosmoses averagely among each of them, that would come up to close to 20 quadrillion each.

Dragon Emperor had often wondered if rank-10 living beings’ Kingdom could contain more than ten quadrillion chaotic cosmoses. Now, it seemed that it was completely possible.

In reality, Dragon Emperor’s calculation was not too far off.

For the 25 people who were here at least, they had now mastered more than ten quadrillion chaotic cosmoses. They were considered to be on the level of the three Outer Gods.

As long as any of them was willing, it would be no problem for them to destroy the ootheca in front of them directly.

However, Bloody had said something to everyone through voice transmission before they went into closed-door cultivation.

“This ootheca might be a great threat to others but, to us, it’s equivalent to a valuable supreme treasure. The reason being is that each of the Abyssal monsters it breeds is a great trove for our Kingdoms.”

“The Abyssal monsters that it bred on the seventh round were enough to elevate us to the level of the Outer Gods. In the eighth round, it can definitely provide us with more resources for our Kingdoms.”

“In my opinion, when you guys return to the battlefield, even if you have the ability to destroy the ootheca, there’s no need to do so at all.”

“My suggestion is that everyone should restrain your combat strength and maintain your auras at one hundred trillion chaotic cosmoses so as to obtain the resources from the eighth round ‘forcefully’.”

“You guys better put up a good act and not expose your real abilities to prevent Nyarlathotep from recalling the ootheca halfway through.

Everyone agreed with what Bloody said.

After all, the resources the ootheca provided were hard to come by.

As soon as Nyarlathotep and the others under Aza’s command noticed that something was off, they probably would refrain from using the ootheca to provide the imperial monsters with any further resources.

Due to Bloody’s reminder, everyone suppressed their aura at one hundred trillion chaotic cosmoses as soon as they left closed-door cultivation.

Lin Huang was very satisfied by how the situation was progressing.

Initially, he had been worried that they could no longer handle the monsters when the ootheca started breeding monsters that had mastered one quadrillion chaotic cosmoses.

If that happened, after testing the limits of the infinite universe’s side, Nyarlathotep and the others might have sent over their armies soon after.

Now though, it looked like it would not be a problem to drag out the situation for another ten days.

This meant that he would have ten days extra to integrate more chaotic cosmoses.

Time flew by, and it was soon midnight again.

A couple of minutes before the ootheca began a new round of breeding, Bai, Grimace and Kylie also returned to the battlefield.

Similarly, the three of them had disguised their auras to be at the level of one hundred trillion chaotic cosmoses.

Soon after the three of them arrived, a new round of breeding officially began.

This time, the Abyssal monster the ootheca bred was a supreme powerhouse that had mastered one quadrillion chaotic cosmoses.

As soon as the monster appeared, even before it released its aura, Dragon Emperor clearly felt suffocated by its mere presence.

He even had a faint feeling that the time around him had frozen somewhat.

However, the next second, he saw Kylie, garbed in silver armor, appearing above the monster out of nowhere.

Endless golden lightning shot forth from the tip of her spear. It drowned the monster instantly.

The monster released a devastating shriek.

However, the monster escaped the lightning web forcefully a moment later and swung its giant palm at Kylie.

She fought it while holding her spear. She was thrown out directly as the tip of her spear collided with the giant palm…

In reality, Dragon Emperor could not see the battle clearly.

Meanwhile, Charcoal and the others, who were watching from the side, exclaimed secretly, “Tsk, tsk. Kylie’s acting skills are off the charts! If Master was here, he would say that she deserved all of the award for best actress in all categories…”