Support
Random Novel
I Leveled up from Being a Parasi 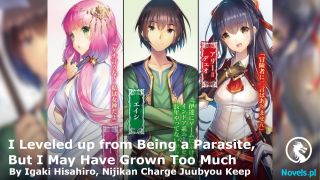 Huo Yao walked over to the administrative office.

The teacher was filling out some forms when Huo Yao reached the office. After the teacher found out that she was Huo Yao, he became a lot more approachable. “It wasn’t me. Prof Zhao wants to see you.”

Huo Yao glanced at the teacher.

“Follow me. I will show you to Prof Zhao’s office.” The teacher at the administrative office put down the forms in his hand and led her out.

Huo Yao pondered for two seconds before following behind him.

After the teacher from the administrative office knocked on the door, they heard an answer from inside. The teacher left her side before she could enter the room.

Huo Yao opened the door and went in.

Since Zhao Lian was expecting her, he had already stood up from his chair and walked around the table. He pointed at the couch nearby and gestured for Huo Yao to take a seat. “I sent you a message in the morning, but you didn’t reply, so I got your teacher to pass a message.”

The moment Huo Yao heard this, she took out her phone and saw two unread text messages from over an hour ago. She cleared her throat and apologized. “I am sorry. I didn’t look at my phone.”

Zhao Lian smiled as he shook his head. “It’s fine. I know you were in the middle of a class.”

After chatting briefly, Zhao Lian cut to the chase and asked. “Liu Qian said you were able to finish your 3D rendering in just three minutes.”

Huo Yao did not expect Liu Qian to tell Prof Zhao about this. She pondered for a couple of seconds and answered. “It was easy to begin with, so I didn’t need a lot of time.”

She had a great memory. Back in the day when she was still at home, they had tested her brain. All the statistics for her test were extraordinary. She was particularly strong in Science and Math, so she was able to quickly do the calculations after a single look.

Jiang Mingyue’s experiment plan was lousy. That was because she did not use her brain when she wrote it.

A strange expression emerged on Zhao Lian’s face when he heard this.

Just 30 minutes ago, he had spoken to Qi Hui and taken a look at Jiang Mingyue’s thesis draft intended for journal submission. Although it was not the most profound thesis out there, it was hardly considered simple.

“What do you think about Jiang Mingyue’s experiment?” asked Zhao Lian after going quiet briefly.

Huo Yao raised her brow. “To be honest, it is not very good.”

“Genetic Mutation has always been a hot research topic. Her thesis served to expand on this,” said Zhao Lian.

“It is fine if she wants to build on it. However, she was unable to grasp the essence of the subject, so it was a waste of time,” said Huo Yao mildly.

The moment Zhao Lian heard what she said, he asked intriguingly. “In that case, what do you think is the essence of the subject?”

Zhao Lian’s research team had been studying Genetic Engineering for some time. In recent years, their research had reached a bottleneck and hardly made any advancement, so they desperately needed some new ideas.

Huo Yao glanced at Zhao Lian and could faintly sense he wanted something from her, so she said, “Prof Zhao, I am a Bioinformatics student.”

The moment Zhao Lian heard what she said, he recalled Liu Qian telling him about her course selection process. He beamed as he said, “I know Bioinformatics wasn’t your first choice.”

Zhao Lian pondered briefly. He stood up and retrieved his biological computer, and brought it over. It also happened to be the only one at the research institute. “I have some data on this computer. Why don’t you take a look and tell me what you think?”