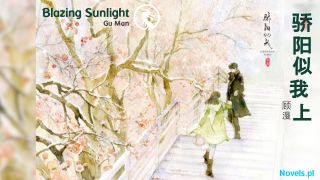 Jiang Mingyue clicked enter on the search engine and let go before looking at the screen fixedly.

A lot of search results popped up. The first hit was a picture of the ranking and results for the college entrance exam.

There was one picture each for the Arts and Science divisions.

She tapped on the first picture for the Science division. She checked it and Huo Yao’s name was not there. She proceeded to click on the second picture for the Arts division results.

The moment Huo Yao’s name appeared at the top, Jiang Mingyue found it inconceivable. She checked the results and saw it was 750 marks.

Full marks. How could it be full marks?

Jiang Mingyue clearly recalled Huo Yao saying she was bad at languages when she was at No.1 Middle School.

Jiang Mingyue looked bewildered. She did not doubt Huo Yao’s result but simply found her fake.

She clearly had great results, but she pretentiously claimed that she was bad at languages. Even if she wanted to pretend to be modest, she shouldn’t have lied.

She recalled Yi Feiyu saying Huo Yao had guaranteed placement at Tsing University. In that case, there was no reason for her to join the college entrance exam and compete with the other students.

Jiang Mingyue did not like pretentious people like Huo Yao and even found her repulsive. However, now was not the time to think about this.

She raised her head and furtively looked at Qi Hui before she sighed. “I didn’t realize she was the top scholar. From the looks of it, a genius has joined our faculty.”

Qi Hui shook his head gently before he said mildly, “Research takes more than theory. Since she is an Arts student, she probably can’t even understand the basic theory of Biomedical Engineering. How could she be considered a genius?”

Jiang Mingyue was blown away when she discovered Huo Yao had come first with full marks in the college entrance exam, but it slipped her mind that Huo Yao was an Arts student. After hearing what her teacher felt about Huo Yao, she felt slightly more relieved.

After all, there was only one top scholar every year, so just her title alone was enough to make every teacher want her.

Jiang Mingyue squeezed her hands slightly as she said, “Mr. Qi, you are right. Doesn’t our faculty only accept science students? Why did we make an exception this year?”

Qi Hui naturally did not tell her it was Prof Zhao’s idea. If word got out, it might hurt the faculty’s reputation, so he simply said, “She chose Biology. Since she is the top scholar, we discussed it and made an exception to accept her.”

Jiang Mingyue secretly exhaled when she heard this.

She was just wondering what Huo Yao had done to get into the Biology department. Then again, her title as a top scholar was clearly opening doors for her, and everyone wanted her.

Jiang Mingyue pursed her lips in disdain. Now that she had found out Qi Hui did not think highly of Huo Yao, she stopped probing and quickly left the office.

After Huo Yao left the Biology department, she headed straight for the Physics department.

Physics was very popular, so there were three times more students registering at the department in comparison to the Biology department.

However, very few girls signed up for Physics.

Huo Yao stood behind the boys and was the only flower for miles.

The department had made arrangements for second years to help the freshmen with their admission. Yi Feiyu was also one of them. The moment Huo Yao came over, he spotted her.

“Yao, did you eventually decide to choose the Physics department?” Yi Feiyu glanced at the paperwork in her hands happily.

Huo Yao went quiet before she said, “You can say so.”

Yi Feiyu’s lips twitched. “You can say so? What do you mean?”