The sounds of the sharp blades drifted out and sparks burst out as the swords collided with each other. The breath of the Golden Core cultivator surged between the two of them, However, blow after blow, Luo Heng was being pushed back by the disheveled haired man.

He staggered back and was about to fall when he was held up by someone. He turned back in shock and saw that the youth had held him up and then pushed him forward saying encouragingly: “Senior Brother Luo, I believe you will be able to defeat him, go again!”

The big tree fell down sideways and the man with the disheveled hair avoided Luo Heng’s attack, all the while, his bloodthirsty eyes stared at Feng Jiu with crazy killing intent.

When she saw this, Feng Jiu’s fingers moved slightly and several silver needles were sandwiched between her fingers. She didn’t move forwards but shouted to Luo Heng: “Senior Brother Luo, come on! Come on! If you capture him before Senior Brother Lin arrives, you will have the first claim of success!”

Upon hearing this, Luo Heng’s heart trembled. Yes! He would have the first claim of success! I won’t be long before Senior Brother Lin and the others arrive, and if they get here, they would try to capture him and claim the success for themselves instead.

When he thought of this, he rushed forward with all his strength. He had originally wanted to capture him alive, however, now he had no other option. Therefore, he flew out and a large silver net in his other hand was thrown out.

The large net fell from above and covered the man rushing forwards. The next moment, the net tightly bound the man inside it.

He shouted loudly and a cold light flashed across. The sharp sword turned into several rays of light and shadows and refracted, attacking the man who was bound by the silver net.

The sound containing a mighty coercion burst into a fierce air current. In an instant, a ray of light shot out from the disheveled haired man. His hands tore at the silver net and it fell to the ground with a bang.

He was covered in blood and he rushed forward with a fierce gaze to hit a frightened Lou Heng with is fist.

He exclaimed and the panic and fear in his voice made everyone who had heard the commotion accelerate their pace and rush over.

The leader Senior Brother Lin immediately glanced at the people who were converging towards him. When he saw that Luo Heng and Feng Jiu were not here, his expression changed and he said: “Hurry up! Junior Brother Luo must have encountered the perverted killer!”

He led the group of people in search of the voice quickly, in his heart he was thinking, if he could get the first claim of success then… 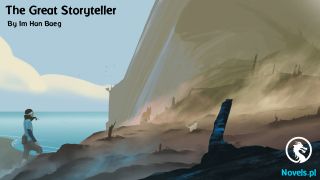