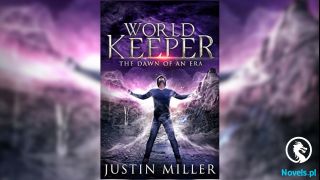 “Huh? Why am I unable to exit?” Xie Yutang stopped. After completing two circles, he returned to the starting point and could not help but gaze back in astonishment. “We should have entered a restricted area, right?”

“There is an array here.” Feng Jiu said.She felt no dark guards nearby when she released her divine sense. They heard the sound of a zither coming from the front just as she was about to speak.

“What are you pulling me for?” He returned a disgruntled look.

“This is someone else’s residence. Don’t just barge in.” This kid acted rashly and carelessly. Didn’t he know that curiosity could kill people?

“You see,” he added, “We just came in here. Thus, we stumble upon this place and did not intend to barge in.” He smiled treacherously. “Let’s go! Since we are already inside, we may as well have a look to see who is playing the zither.”

Feng Jiu sighed helplessly, “It will cause problems if you barge in and run into something you shouldn’t see. Come along with me! Let’s go look for your mother.” She grabbed him, but the kid broke away from her grasp and ran ahead.

“What’s the harm in simply looking? After all, what kind of trouble can we get ourselves into here? There must be people living in the area where the zither is heard. Why don’t we inquire as to how we can exit the array?” Xie Yutang dashed inside, following the sound of the zither, but was unable to leave the array.

When she saw this, Feng Jiu shook her head and realised she had no choice but to follow him. She noticed he was going to the other side after two circles. She grabbed him and said, “We seemed to have just passed through this way. Try this side!”

“Have we already passed?” He was extremely sceptical.

“Mm, we have.” Feng Jiu answered while walking toward the other side.

Seeing this, Xie Yutang decided to follow her. The two eventually left the array. He looked at Feng Jiu with astonishment. “You’re very lucky, aren’t you? How can you exit the array by walking randomly?”

Feng Jiu rolled her eyes furtively and ignored him. She caught a glimpse of what appeared to be a girl playing the zither in a pavilion in the bamboo grove up ahead as she cast a glance around.

“There’s a lady there. Why does she live in such a place?” Xie Yutang murmured. He strode forward without waiting for Feng Jiu to speak, shouting, “Let me ask you a question, Miss! How can we get out from this array?”

The young lady who played the zither seemed startled when she heard his voice. She even stood up and ran into the grove without looking back. She tripped over a stone on the ground while running too fast and fell, but she got up and ran despite the pain.

Xie Yutang stood still not far away, staring at the girl who was running into the grove. After a long time, he returned his gaze to Feng Jiu, asking, “Do I look scary? Why did she bolt as soon as I spoke?”

Feng Jiu gave the grove one glance before withdrawing her gaze. “Perhaps she’s not used to meeting strangers. It’s extremely impolite of us to appear in this manner. Let’s go!”

“Go? Where are we going? Do you know the way out?” Xie Yutang looked at Feng Jiu and remarked, “It was sheer luck that we were able to get in here just now. If we try again, we may not be able to leave until dusk.”

Feng Jiu’s lips twitched as she heard this remark. How did that beautiful woman give birth to such a stupid son? She thought as she stared at him speechlessly.