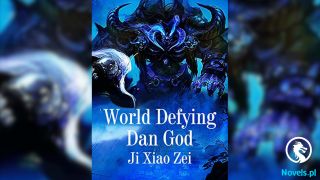 “I heard that Feng Jiu gave you a medicinal pill? Is it really that powerful?” Venerable Lingmu looked around Venerable Mu Xin, tsk tsk strange.

“Haha, it is indeed a small step.” Venerable Mu Xin said with a smile, and asked, “Why are you here? Did Xianjun also call you here?”

Venerable Lingmu stared at him, then sat down on the seat, and said, “As soon as I heard that you were out of the retreat, I came over to take a look. You have only broken through this retreat for a day and a night, it’s incredible! ”

“Yeah! If you follow the speed of cultivation in the past, it will take about ten years to take this small step. I have to say that the master is worthy of being an alchemist at the level of alchemy, and a pill that he takes out is like this. Awesome.” He said sincerely, with admiration in his heart.

“No, your two masters haven’t come out since they entered the cave. Yesterday, Xianjun asked people to invite them and failed to invite them. It’s not easy to see them.” Venerable Lingmu said, look Looking at him, he said, “You and Si Que are lucky to have Feng Jiu as your teacher. There will be many benefits in the future!”

Hearing this, Venerable Mu Xin laughed: “I didn’t think about this at the beginning, I just wanted to admit defeat. We didn’t expect that Master is an alchemist at the level of alchemy.”

“So you have earned it, but I heard from my family Qianhua that Feng Jiu is an incredible person.” A charming and glamorous figure walked out, the two of them looked over, saw Venerable Xueyu, and asked: “Is there anything else we don’t know about?”

Another voice came, and when a few people looked, they saw Xianjun came out with a few old men, and behind them, there were two alchemists.

“I have seen Xianjun and several elders.” The three bowed respectfully.

“Sit down!” Xianjun waved his hand, then looked at Venerable Xueyu, and said, “Xuanyuan Moze and Fengjiu are from the lower realm, it is difficult for us to find out the news of the lower realm, so we don’t know what kind of people they are. , since your disciples know it, can you ask me in detail?”

Hearing this, Venerable Xueyu smiled and said: “Xianjun, how can I ask this in detail? Qianhua is Feng Jiu’s sworn sister, and she is also towards Feng Jiu, not to mention, what kind of person is Qianhua? I also know that if she doesn’t want to say something, she won’t reveal the slightest bit if I say anything.”

After speaking, she smiled again: “However, I heard her say that Feng Jiu is not only excellent in alchemy, but also in medicine.”

Hearing this, everyone was slightly surprised, especially Venerable Mu Xin was a little bit incredible. He knew how powerful his master’s medicinal pill was, and the medicinal effect of medicinal pills was like this, so the medical skills would definitely be unusual.

And when Xianjun heard this, his heart moved slightly. He is still thinking, if he can, he will recruit Feng Jiu and Xuanyuan Moze, and make them two members of their immortal sect. In this way, if there is anything dangerous in the immortal sect in the future, they will be able to take action. Much easier.

Several elders were silent, not knowing what they were thinking, the two alchemists behind them looked at each other, then looked at Venerable Mu Xin and asked, “Sir Mu Xin, I don’t know if there is still that medicine pill. ?”

“No.” Mu Xin said without thinking, looked at the two of them, and said, “Master only gave me one.” Even if there was, he wouldn’t take it out. I know, if you take it out, you may not get it back.