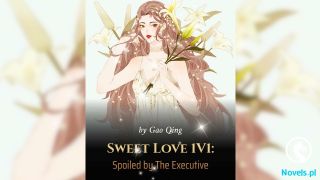 In the early morning of the second day in the Roman military camp outside the city of Setia, Camillus got up early, took the wet linen cloth handed to him by the slave, washed his face and then ate something.

Then his son, Lucius*, entered the tent as he always did and greeted his father. (He is an Equites, the leader of the Roman cavalry. Per the Roman military system, an Equites is the second in command of a legion.)

“Is there anything unusual?” Camillus immediately asked.

“Nothing has changed. It is still the same as before.” Lucius casually answered.

At the sight of his son’s relaxed expression, Camillus immediately reminded him, “Don’t let your guard down! The Senate has informed us that they rejected the Theonian’s demand a few days ago and have decided to continue the war against Volsci. So the Theonians would definitely join this war, so we should stay alert and ready, as Theonian reinforcements could appear anytime!”

“The Senate was right to reject the unreasonable demands of the Theonians! How could we give up the victory and the occupied lands we have won with our blood and our lives just because of their threat?!” Lucius said angrily. Lucius hadn’t inherited his father’s gentle and composed character and had retained his hotheadedness even though he was over forty years old.

“Nevertheless, they would certainly add many potential difficulties to this war!” Camillus said with slight concern.

Lucius confidently said, “Father, not only has our land in Rome greatly increased in size over the last ten years, but the number of our citizens has also grown rapidly. Without counting our allies in Latium, the Senate counted four hundred centuriae of soldiers in the Roman cities and colonies at the beginning of this year. Besides, we had the help of the Carthaginians, so it would be best if the Theonians didn’t come. But if they dare come, they will taste the might of our Roman army!”

Without wanting to argue with his son, Camillus waved his hand and urged him, “You should send a mounted scout on a reconnaissance mission.”

After Lucius left, Camillus donned his armour with the help of his slaves and began his daily routine of patrolling the military camp. And wherever they went, the soldiers would call him by his name with respect.

However, ‘Camillus’ wasn’t his real name. It was his childhood nickname, which comes from the name of a Roman deity. But after winning many battles, his nickname became so popular that many believed he was as brave as a god of war. Thus he took ‘Camillus’ as his family name and regarded it as an honour (he was the first Roman to use his nickname as a family name).

Camillus would often talk to the soldiers in the camp in a friendly way, like an older person caring for the young and understanding their mental state. And not only did he encourage them, he sometimes helped them solve minor problems, which is why the soldiers loved him. And to tell the truth, he enjoyed the atmosphere of the military camp much more than the somewhat exhausting, complex political environment of the Senate and the fierce conflict between the plebeians and the nobles. So the only place he could relax was in the military camp.

Shortly after his patrol, a commander of another legion, the military tribune Furius*, entered the commander’s tent. (As Camillus’ son is introduced, we will change this character’s name to Furius to avoid confusion.)

According to the Roman Senate’s rules, when two or more military tribunes lead an army, they take turns commanding it.

Since it was Camillus’ turn today, all Furius had to do was stay in his tent and do nothing. But out of respect for Camillus and his responsibility to the army, he came to the commander’s tent to support Camillus and listen to his new military task.

Seeing Camillus enter the tent calmly, Furius knew immediately that Camillus’ orders were to remain in camp today. Still, he continued to ask, “Camillus, are we not going to attack Setia today?”

Camillus reassured him, saying, “From the herald’s report, Quintus and his army will launch a siege on Satricum today. If they can capture it successfully, they can join us in two or three days and attack the Volscians together. So there is no need for us to rush now.”

How could Furius not be anxious? Roman citizens were always eager for military glory and honour, especially Furius, who desperately needed it to wash away the shame of his previous defeat. Then again, his last failure and Camillus’ patience had made him a little more cautious and respectful of Camillus.

“If only the Volscians would come out of the city to fight us! After all, even if they get reinforcements from Aurunci and Sidixi, bringing their numbers up to ours, they still won’t be able to defeat us with the strategy you’ve devised, Camillus. In addition, with the help of the Carthaginians, our soldiers are far superior in weapons and armour. So if we defeat the last of the Volscians in one fell swoop, we can drive them back into the mountains and occupy this fertile land!”

Camillus said thoughtfully, “Unfortunately, the Volscians became cautious now that everyone was hiding in the city to defend it, so we could not take even the small town of Setia in a short time. And if we launched a full-scale siege of Setia, we would have to worry about being flanked by the army in Privernum…”

“If only we had the ballistae the Carthaginians gave us!!” Furius sighed with regret. Then he suddenly remembered something and suggested, “Camillus, why don’t we do what you did before? Leave Setia and storm the city of Circeii instead!”

That made Camillus think about it, but he soon shook his head and said, “The Volscians had definitely prepared for this after our previous attack. If we fail to take Circeii quickly, the enemy will immediately surround us. By then, we’ll be so exhausted that we won’t have enough strength and time to set up a camp…”

Camillus looked at Furius again and earnestly persuaded him, “Now that we have the absolute advantage, there is no need for us to take risks. So we should just wait patiently for two to three more days. At that time, I will let you personally lead the army to capture Circeii!”

Furius slapped his thigh hard with his right hand and smiled helplessly, “Alright, Camillus. I’ll do as you say and wait for Quintus and the others. Hopefully, they arrive quickly!”

After hearing what Camillus wanted to say, Furius no longer wished to stay in the tent. But a man suddenly entered unsteadily and almost fell just as he was about to leave.

“Lucius!” Furius saw the person half-kneeling on the ground, covered in dust.

“What happened?” The calm and collected Camillus was surprised at his son’s miserable appearance.

Lucius propped himself up as he stood unsteadily.

Furius then hastily brought a chair for him to sit on.

Lucius expressed his gratitude, then pantingly said, “Father, I led two hundred cavalries…bypassed Privernum and prepared to continue south…to scout the Volscians in the area around Circeii…but suddenly, a group of cavalry dressed in black appeared…and they immediately attacked us-”

When Lucius said that, a hint of fear flashed in his eyes, “They have excellent riding skills and outnumber us. Apart from that, they are also good at throwing javelins while galloping, resulting in our cavalry quickly scattering…if the cavalry around me hadn’t…protected me…I fear that I won’t be able to see you anymore…”

Once Lucius finished his report, he remembered that scene of him closely being chased by the enemy, the javelins whistling past him from time to time, and the screams of his men still echoing in his ears…resulting in his face turning even paler.

Lucius had no time for such thoughts, for the only thing on his mind at that moment was escaping. Thus, he was surprised to hear what his father said, “Theonians?!”

“I don’t know of any cavalry in black armour among the forces around, and in the numbers you claim. And from what the Carthaginians had said, Theonia’s army, whether infantry or cavalry, wore black armour.” Camillus looked at his son and said gravely, “So they could only be the Theonians you previously threatened to defeat.”

Lucius could only lower his head in shame.

“Since…since we scattered during the retreat, some of them hadn’t returned yet. So…so we couldn’t count our losses for a while…” Lucius muttered.

At the reminder of Furius, Camillus was no longer in the mood to criticise Lucius.

The Roman army Camillus led had about ten turmae of cavalry. Every morning, the two military tribunes would send out most of their cavalry, some to scout the enemy and some to collect grain in the vicinity with the infantry. And since the Volscian cavalries weren’t strong and they had already defeated them before, Camillus didn’t worry about their cavalries’ safety. But now, he felt anxious and gave orders immediately, “Lucius, immediately send scouts to the north and inform those infantry and cavalry centuriae requisitioning food in the Volscian villages to return to the camp immediately! In addition, remind them to be careful of the Theonian cavalries’ attack on their way back!”