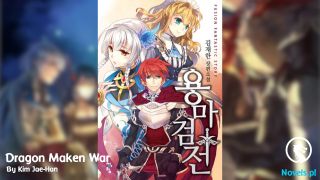 «Medical Master (Web Novel) - Chapter 958 This is a Monster!

Chapter 958 This is a Monster!

“It really is him!” Seeing the old man coming out of the crowd, Diwu Mingchuan narrowed his eyes and frowned deeply.

“What? Are you worried about your daughter?” Elder Zhan asked with a smile.

Xi Fengling smiled faintly and said, “Don’t worry. Mo Yilang hasn’t broken through to the Guru Realm yet. At his peak, his strength is only about the same as Lin Rusheng’s. In addition, he is old now. With his body weakening, his strength will definitely decline. With the power of John Doe, he can’t be easily threatened by Mo Yilang even if he has consumed a lot of internal Qi in the battle just now. Besides, the boy from Pear Garden is also there. If the three of them join forces, Mo Yilang won’t be able to gain the upper hand.”

“Yes, there’s nothing to worry about.” Patriarch Qian also smiled.

“Thank you for your kindness, sir. But as a member of the Pear Garden, I will never go back on my word!” Facing Mo Yilang, Yun Yangzi said fearlessly.

“As a member in Wulin, I’m a woman of my word.” Diwu Qian also looked straight at the old man.

It was obvious that both of them were unwilling to leave.

Hearing what they said, the onlookers all gave them a thumbs-up, full of admiration for them.

Fang Qiu was also straightforward. He directly held fist salute to the two of them and said, “Mr. Yun, Miss Diwu, thank you for coming out to help me. I’m more than grateful.”

After saying that, he turned his head to glance at Mo Yilang and added, “If you don’t think it’ll be boring, why don’t you stand aside and watch this fight? I can deal with this man!”

With simple words, he didn’t only thank and appreciate the kindness of the two but also degraded the old man on the opposite side bluntly. When confronted with this kind of person who took advantage of other people, Fang Qiu would never show mercy even if he was an old man.

When the people around heard this, they were shocked.

“Since this old man dares to stand out so boldly, it means that he is confident enough to deal with John Doe. Moreover, he came out after Yun Yangzi and Diwu Qian made a statement. It’s obvious that he can deal with them even if Yun Yangzi, Diwu Qian, and John Doe join forces. This old man is so confident, but John Doe doesn’t take him seriously at all.”

“Is this old man too arrogant, or is John Doe too proud?”

“This old man should not be a guru, right? John Doe is now the No.1 expert below the Guru Realm. How can this old man compete with him?”

“Although John Doe is very powerful, don’t forget that he has just fought with Lin Rusheng. Did you forget the earth-shattering scene just now? After that battle, John Doe must be very weak now. His strength is not at his peak. This old man might take advantage of this condition, so he stands out, right?”

The sound of discussion could be heard everywhere.

In the field, Yun Yangzi and Diwu Qian also gazed at Fang Qiu in shock.

Their strength was not inferior, so they could also see that the old man’s strength was very strong. They thought that John Doe would lose most of his combat capability after the battle, but they didn’t expect him to say such words. Did he want to have another fight with this old man?

On the top of the distant mountain, the four patriarchs frowned at the same time.

“Mo Yilang’s strength has already reached the Completion of the peak of the ninth class. Because he can’t break through, he has been accumulating his strength. Now 30 years have passed. Although his body has weakened, the strength he has accumulated for 30 years is remarkable. If he really erupts, Mo Yilang’s combat capability can definitely reach the level of Lin Rusheng. With John Doe’s current state, he is no match for Mo Yilang.” Patriarch Qian analyzed.

Elder Zhan nodded and said, “Yes, John Doe’s three moves are too powerful. Generally speaking, after performing these three moves, the internal Qi of a ninth-class expert will definitely be exhausted. Besides, John Doe only has the strength at the peak of the eighth class with two opened meridians. Now there is still a little internal Qi left in his body, which is already very surprising. If he continues to fight, he will definitely lose!”

Xi Fengling nodded and echoed, “Yeah, Mo Yilang is a master of using energy Qi. Once he uses his cultivation methods, the waves of energy Qi will be increasingly strong. John Doe in this state can’t resist it.”

Obviously, the four of them didn’t believe that John Doe could beat Mo Yilang!

“Haha…” Hearing John Doe’s words, Mo Yilang suddenly laughed and said, “I just stood aside from Jianghu for 30 years, but Jianghu has been turned upside down. As the saying goes, there are talented people in every generation in Jianghu.”

As soon as he said that, everyone present was shocked.

This old man had been standing aside from Jianghu for 30 years.

30 years ago, he was a super expert in the golden generation in Wulin!

Compared with the shock of everyone, Fang Qiu looked rather calm.

From the moment the old man appeared, he had already roughly figured out what was going on.

Different from others, he could tell at a glance that this old man was not a guru. Since he was not a guru but at such an old age, it was very likely that this person was the same kind of person as Lin Rusheng. The reason why he stood out now was not to find the Ultimate Enlightenment in the battle. As for people of his age, having a battle was already a kind of burden. Then the only thing that attracted him was the clue of Ambergris Grass, the Heaven Treasure ranked 8th!

“Young man.” Looking at Fang Qiu, Mo Yilang gently stretched out his left hand and said, “Hand over the clue of the Ambergris Grass and I’ll let you leave safely.”

Fang Qiu sneered and said, “Clues? You want the Ambergris Grass ranked 8th in the Heaven Treasure List. It seems that you really want to break through to the Guru Realm, don’t you?”

“What a pity. Don’t even think about it for the rest of your life. Even if you can get the Ambergris Grass, it’s impossible for you to break through to become a guru.”

As he said that, a cold light flashed in Mo Yilang’s murky eyes.

In the distance, the four patriarchs were also full of doubts.

“How could this kid be so sure?” Xi Fengling frowned.

“I’d like to hear what shocking remarks this kid will make,” Elder Zhan echoed.

“What did you say?” Staring at John Doe, Mo Yilang’s face instantly darkened.

Guru Realm haunted him for his whole life.

He spent his entire life trying to break through but failed.

The reason why he stayed out of the public eye for 30 years was that he cared too much about his dignity and was afraid of being laughed at by others.

He didn’t expect that John Doe ridiculed him in front of so many people when he just made his appearance today, which made him furious.

“I said it’s impossible for you to break through to the Guru Realm!”

“Since you are so afraid, you won’t be able to make it even if I give you the Heaven Treasure!”

Speaking of this, Fang Qiu glanced at him coldly and said, “Because you are too narrow-minded. You are so petty that you can only see yourself and that you are afraid of everything. You can’t even accept the most basic things. What else can you use to break through?”

Hearing Fang Qiu’s words, all the people present were confused.

No one understood what John Doe meant.

What did this have to do with the cultivation and martial arts practitioners?

Even Yun Yangzi and Diwu Qian were baffled and couldn’t figure out anything.

In the distance, the four patriarchs who heard this were all shocked in an instant.

“How come he has this kind of understanding?” Elder Zhan stared at Fang Qiu in shock.

“This kid is extraordinary.” There was a mysterious look in the eyes of Patriarch Qian.

“He’s able to reach this level at such a young age.” Diwu Mingchuan was also stunned. The reason why he had always rooted for John Doe was that John Doe once had a big battle with his daughter. Moreover, after many incidents, he had already regarded John Doe as a righteous person. As an elder, he would naturally think highly of such a talented boy.

However, even he didn’t expect that John Doe would make such a remark.

“If he hadn’t been standing right in front of me, I would have suspected that he was a guru.” Xi Fengling heaved a sigh of relief and said, “Elder Zhan, in this case, do you still think that John Doe is inferior to Lin Rusheng?”

“Ha…” Elder Zhan smiled wryly and said, “Lin Rusheng can’t compare with him. Even if this boy is not a guru, the obstacle of the guru that has blocked countless people can’t stop him at all. I misjudged! I misjudged him! This is a monster!”

“Bullsh*t!” In the field, as soon as Fang Qiu finished speaking, the anger in Mo Yilang’s heart could no longer be suppressed. With a roar, his internal Qi burst out, and the walking stick in his right hand was instantly shattered into pieces.

His stooped body suddenly charged forward and his right hand took the opportunity to push forward. With a blast of extremely powerful and terrifying energy like a wave, he directly slammed his palm toward Fang Qiu.

“Hmph!” Hearing that, Fang Qiu darkened his face and immediately went up to him.

The next moment, the two collided fiercely.

“Bang, bang, bang…” The intense sound of fighting sounded again on the top of Zhongnan Mountain.

Everyone on the scene was extremely startled.

No one expected that John Doe could still fight. In the battle with Lin Rusheng, John Doe had consumed a huge amount of internal Qi. In the last collision, although it was not obvious, he should have suffered some internal injuries.

In this case, how could John Doe hold on?

Every blow of Mo Yilang was violent.

Although he looked very old, he didn’t show any mercy when he attacked. Every time he struck, the Qi of Heaven and Earth would surge. The energy Qi that erupted from his palm was like a wave. Every wave was stronger than the previous one as he struck!

“With only this little strength, how dare you get my clue of the Heaven Treasure?”

After taking a few blows from the old man in a row, Fang Qiu immediately flew backward and moved his right hand. The Qi of Heaven and Earth immediately surged from all directions and gathered in front of him.