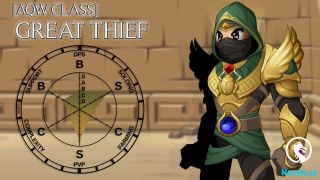 Chapter 1221 Murderers Behind the Scenes

He thought John Doe was behind these gurus who sprang a surprise attack on him. But before he could dwell on it, Fang Qiu flashed to his side. With a wave of his right hand, he blocked the palm strike from one guru.

“Fortunately, I made it in time.”

He stared blankly at Fang Qiu and asked, “Weren’t they sent by you?”

Fang Qiu stared at Qingshan in great surprise because he didn’t expect Qingshan to have such thoughts.

“Do you think I can’t kill you by myself?”

He thought of the palm strike from John Doe that he had suffered in the competition. If John Doe had delivered that palm attack at the beginning, his fighting capacity would have been too seriously impaired to enable him to go on fighting against John Doe.

In terms of power, John Doe was weaker than a guru, but his combat capability made him far more excellent than Qingshan, a guru!

John Doe alone could take his life. Why would he bother to bring a few gurus with him?

“Sorry, I misunderstood you.”

Qingshan, embarrassed to the extreme, apologized to Fang Qiu with a slightly red face.

“Let’s talk about it after dealing with them!”

Fang Qiu poised himself to meet the new vicious assault from the three gurus.

Qingshan didn’t dare to hesitate and immediately turned to combat their enemies!

They started a fierce battle right away.

Before Fang Qiu arrived, Qingshan had been suppressed and hardly had a chance to fight back. But with Fang Qiu here, Qingshan felt much less stressed.

These enemies could no longer pin him down as much as before.

Qingshan had been struggling in vain to break free from their converging attacks. At this time, with a deep sense of grievance, he exploded with rage and mounted a strong counter-attack.

“Do you want to take my life away? I’ll take yours first.”

As he went all out to charge at one guru, the wooden stick in his hand instantly emitted a ray of red light. With an aura full of overwhelming energy, it smashed against the rival before him.

On the other side…

In the face of two gurus…

Fang Qiu didn’t seem to have a tough time with this fight. On the contrary, he coped with the situation successfully and easily, though he had just gone through a fierce battle.

In the fierce battle, he clenched his right hand into a fist.

The Divine Sword instantly took shape in his hand.

As soon as the sword appeared in his hand, Fang Qiu immediately displayed the ancient swordsmanship move and threw himself into an intense fight with the two gurus.

A short while after the fierce battle started…

The faces of the two gurus from Nirvana Organization darkened.

These gurus, who had been lying in ambush here, didn’t know the result of the battle between John Doe and Qingshan. They didn’t know John Doe had defeated Qingshan, so in their eyes, John Doe only possessed ninth-class strength and two opened meridians. To their great surprise, John Doe was fully able to cope with a guru and could match the two gurus equally in skill and strength.

This unforeseen situation made their expressions change drastically.

It was almost impossible for them to finish off John Doe.

They wouldn’t have a chance unless the three of them worked together!

One of the three gurus was stuck in the fight with Qingshan who clearly felt his opponent was greatly drawn to the battle against John Doe. The guru seemed to have an impulse to rush over.

Qingshan quickly turned around to check their battle progress.

To his great surprise, John Doe, who fought the two gurus alone, did not seem to be in a disadvantageous position but pressed forward aggressively.

What a shocking scene.

Qingshan was quite taken aback.

He had consumed too much internal Qi in the battle just now. Therefore, when facing a guru, he could only summon some energy to attack from time to time.

But John Doe had experienced the same battle as him. After such fierce competition, he could still perform so well, which was unbelievable!

“This guru wants to go there, does he?”

Qingshan saw through his opponent’s mind — the guru was eager to break away from him and join forces with the other two to besiege John Doe.

How could Qingshan let such a thing happen?

“You’ll suffer losses if you don’t focus on your battle.”

Staring at his opponent, Qingshan sneered and immediately mobilized all the energy in his body to launch a full-force attack; He was like a man possessed!

The guru opposite him was taken aback and turned back in a hurry to deal with Qingshan. He no longer dared to be distracted.

Then the battle on the other side…

Under the fierce attacks of two gurus, Fang Qiu snorted and moved fast to slash his sword downward.

They were about to slide into a disadvantageous position.

Right away, they gathered all the internal Qi within them and their strength erupted with a mighty burst, as they tried to suppress John Doe.

One held a sword, and the other brandished a blade.

Each strike carried extreme savage energy Qi. They kept searching for Fang Qiu’s flaws from all kinds of tricky angles and attacked wildly.

Without saying a word, he waved the long sword in his hand.

As soon as the two of them approached him ferociously, an extremely sharp stream of sword Qi with massive amounts of energy shot out of the sword in Fang Qiu’s hand. In the meantime, it split into three before merging into one again. Like a bee sting, it shot toward the two gurus with irresistible might.

The faces of the two Nirvana Organization gurus darkened, and they lost no time in lifting their weapons to fend off the blow.

In the next moment…

An earth-shattering explosion rang out.

The massive energy blew up and sounded like massive claps of thunder in the sky.

The penetrating and cutting energy Qi scattered wildly in all directions.

Even Qingshan and another guru, who were fighting fiercely, were forced to retreat.

They turned to look.

They were the two gurus!

How could John Doe beat back two gurus in one fell swoop?

John Doe pushed on. After his blow knocked the two people up into the air, he changed his position and instantly darted toward the two gurus. A bolt of lightning suddenly erupted from the sword in his hand.

He let out a deep shout.

The sword in his hand was wrapped in lightning. With a wave of his arm, a gigantic lightning blade shot out rapidly.

The two gurus, who were beaten off, immediately got up to dodge.

To their great dismay…

The lightning blade was surprisingly fast. Like a bolt of lightning, it arrived before the two of them in the twinkling of an eye.

There was an explosive sound.

The two Nirvana Organization gurus were heavily bombarded by the lightning blade before they could even get into a proper defensive position.

The two of them, who had just struggled to stand up, were instantly sent flying again.

John Doe only knocked them back.

But this time, it was completely different.

Since it was too late for them to defend themselves, they were firmly hit by John Doe’s sword attack. As a result, when they were struck and sent flying high into the air, they spat out a mouthful of blood.

It was an extraordinary scene of violence.

Little did he think that John Doe could be so mighty. It was impossible for a non-guru to have such enormous strength. Usually, even a guru couldn’t be so powerful, right?

As soon as John Doe struck the two gurus down, he abruptly rushed toward the third guru.

Qingshan immediately understood what he was up to.

He immediately raised his wooden stick and attacked fiercely.

The guru’s countenance changed instantly and he hurriedly moved back to block the attack.

Just when he took action to resist…

Without the slightest hesitation…

Fang Qiu rushed forward and swung the long sword in his hand, releasing Shadowless Sword Triad to give the last guru a pincer attack with Qingshan. Before the two injured gurus could rise to their feet, Fang Qiu delivered a painful blow to the last Nirvana guru and sent him flying too.

This one also spat out a mouthful of blood.

All three gurus were severely injured and were vomiting blood.

John Doe alone did all of this.

“He alone confronted and wounded two gurus. Then, at the interval of his battle, he knocked the third guru out.

“What kind of horrifying strength does he have?

“John Doe, is he merely a Half-step Guru?

Qingshan had been practicing hard in the mountains for 19 years under the guidance of an indomitable master. Even so, he had never heard of John Doe, an expert beyond compare.

This was beyond his understanding of Wulin!

Qingshan was not the only one who was shocked.

“Is he the one who had killed several members of the Nirvana Organization?

“John Doe, he made a breakthrough and just became a Half-step Guru, didn’t he?”

They didn’t dare to think more about it.

All three gurus were flustered.

Before this, they were absolutely confident that they could slaughter Qingshan. When John Doe emerged, they were even delighted because they could wipe out both of them.

Contrary to their wishful thinking…

As the battle went on, they realized they were wrong.

Especially after being hurt by John Doe…

They finally concluded that John Doe’s combat capability was not as weak as they had imagined. Even a guru did not have the advantage to defeat John Doe!

The three of them gazed at each other in speechless despair and began to retreat secretly. In the end, they gathered together.

“Do you want to run away again?”

Fang Qiu sneered as he stared fixedly at the three gurus.

Qingshan was stunned. He turned to look at Fang Qiu and asked, “Do you know them?”

When Qingshan heard this, he became serious and asked, “Are they from Nirvana Organization?”

“The three of them alone can’t represent Nirvana Organization.”

Fang Qiu shook his head and said, “They are just minions under Seventh Venerable in Nirvana Organization.”

“I have no contact with Nirvana Organization. Why would you attack me?”

On his opposite side…

The three gurus turned a deaf ear to his question.

They huddled together with no intention of escaping.

“Didn’t you just come down from the mountains? You also know about the Nirvana Organization?”

Qingshan nodded and said, “There is information about Nirvana Organization on the Wulin online forum. I’ve learned something about it but don’t know much.”

“As you can see,” Fang Qiu narrowed his eyes and continued, “Its member pretended to be you and ambushed me. Also, one of them dressed up like me to attack you. As for their purpose, you will gradually know how frantic they are!”

Fang Qiu stepped aside, moved forward, and was about to interrogate his enemies.

But right at this moment…

A wave of ear-piercing sounds came from afar through the air.

He turned his head to have a look.

What appeared in his eyes were three figures soaring through the air.

Fang Qiu was quite familiar with the leader!