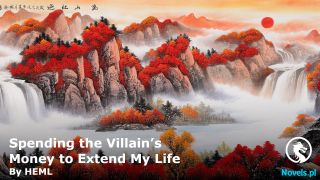 Zhu Qing watched curiously without interrupting him while Yang Kai was examining himself.

Many of his enemies had higher cultivations than him, and one of them was even a Star Soul Palace Elder.

But he ended up winning and defeating all of them in the end.

The Dragon Clan had always boasted that they were the strongest among all Divine Spirits, so their standards were exceedingly high and they never put other clans in their eyes, even other Divine Spirits were rarely worthy of the Dragon Clan’s attention.

But even Zhu Qing felt that it would have been impossible for her to achieve such a victory when she had a similar cultivation to Yang Kai.

[Is he really just a Human?] Zhu Qing truly admired him, despite his terrible no-good character. He could explain for himself that he did not mean to molest her for the first time because of the bloodline attraction he felt, but he definitely acted intentionally the second time.

If her Elder had not told her to make friends with him, Zhu Qing would have torn him apart and rid the world of this scourge.

“Don’t you think that I’ll be shy if you keep staring at me like this?”

Yang Kai suddenly opened his eyes and looked at Zhu Qing with a smile.

Zhu Qing quickly averted her eyes and turned her head away.

“I’m curious. Why didn’t you kill me?” Yang Kai frowned.

“Why should I kill you?” Zhu Qing looked out the window and replied without looking back.

Yang Kai asked quizzically, “If you’re not going to kill me, why did you come back?”

He had not seen her for nearly a month, and it was only reasonable for Yang Kai to misunderstand when she only suddenly appeared when he was in his weakest condition. He thought that she had come for revenge, but things turned out different from his expectations.

Zhu Qing turned her head and glared at Yang Kai, “Why else? I want to be friends with you of course!”

“Be friends…” Yang Kai was stunned for a moment, feeling this sentence somewhat sounded familiar.

Zhu Qing tossed something towards Yang Kai with a swing of her hand and remarked, “This is what you wanted. It took a lot of effort to get it.”

Yang Kai caught what was thrown at him and stared at Zhu Qing in confusion, only realizing after a while that what he caught was a wine bottle.

With a single thought, Yang Kai opened the bottle and sniffed it, smelling a rich wine fragrance.

“Western Territory Sword Wine Villa only brews ninety-nine bottles of Sword Wine each year, and one of them is in your hand now.”

Cold sweat trickled down Yang Kai’s forehead as he looked at her suspiciously and asked, “You went to the Western Territory?”

He mentioned this request casually a month ago just to make things difficult for her, but he did not expect that she really would get him a bottle of Sword Wine. Now it seemed that her disappearance was not because she had retreated in the face of difficulties, but instead went to obtain him this bottle of Sword Wine?

A thoughtless remark actually made her run around for an entire month. Yang Kai wondered whether this girl was stupid or not…

But he also felt a little guilty about it.

On second thought, even if she was a Dragon, how could one month be enough for her to go back and forth from the Western Territory?

“Why do you need to know where I went? Anyway, I got you what you asked for,” Zhu Qing clenched her teeth secretly because she actually paid a high price for this bottle of Sword Wine.

“Are we friends now?” She stared at Yang Kai.

Yang Kai looked up at her speechlessly.

Zhu Qing fumed, “Do you want to break your promise?”

She secretly cursed in her heart that if this hateful man dared to go back on his word, she would beat him senseless even if she would be punished by the Elder, then knock him out and drag him to Dragon Island. Looking at his current condition, she believed she would be able to win, so she clenched her pink fists and began scanning his body, thinking about where she should punch at to take him down fastest, otherwise she would be suppressed again when he used the Ancestral Dragon Source.

Yang Kai stared at her for a long time, then nodded lightly, “Good, we are friends now.”

It felt strange to make friends with a member of the Dragon Clan, moreover only under threat of violence.

While speaking, he put the bottle of Sword Wine into his Space Ring.

“Really?” Zhu Qing beamed from ear to ear when she heard this.

Zhu Qing’s face changed again as she retorted angrily, “Why don’t you drink the wine then? Are you only agreeing with your mouth but don’t actually intend on treating me like a friend?”

Yang Kai smiled lightly, “No one has ever worked so hard to get a gift for me, so I want to keep it as a memento. When I see this wine bottle again, I will always think of you.”

Who knew if there was anything else in the wine bottle! Although he promised to be friends with Zhu Qing, it was truly strange of her to even want to be friends with him. Zhu Qing definitely had other intentions, and Yang Kai naturally could not trust her completely.

But one thing was for sure, this girl bore no malice towards him at the moment; otherwise, he wouldn’t have woken up in the first place.

As he told Zhu Qing before, the word ‘friends’ was not as simple as just saying it.

Zhu Qing did not expect Yang Kai to say such words, so her face slightly flushed and her heart beat a little faster as she muttered, “Nonsense.”

Yang Kai’s eyes lit up at her shy demeanour. He recalled the girl’s sweet tongue and warm red lips, and started to feel restless.

Zhu Qing was confused too. Even though she had successfully made the first step by having Yang Kai promise to be her friend, she thought that it was not a good time to invite him to Dragon Island now because her intentions would be too obvious that way. For a moment, she hesitated about what to do.

The atmosphere was a little awkward as Yang Kai could feel his blood beginning to pump faster and faster, to the point that it seemed something bad would happen if he didn’t actively suppress himself.

It was inexplicable that he could not control himself every time he was with Zhu Qing. Although this girl was gorgeous and had an enchanting body, there were many beautiful and fine women out there, so why was it that only she could provoke such a visceral reaction from him?

He wanted to chase her away, but it would seem too ungrateful to ask her to leave right after saying they were friends.

Instead, Yang Kai grabbed a few Space Rings from his bedside and began checking them one by one.

These Space Rings were formerly owned by the Emperor Realm Masters he killed, eight in total.

He was in a coma earlier, so these Space Rings were collected by Ying Fei who arrived later.

“Let’s see what’s inside,” Yang Kai sat cross-legged on the bed and rolled up his sleeves excitedly.

Zhu Qing also took a look but did not pay much attention to them. Although there were many things in these Space Rings, none of them caught her eyes.

Other than that, the Space Ring was also full of a variety of pills, Secret Arts, Secret Books, rare ores, and artifacts.

Usually, someone had to cultivate for hundreds of years to reach the Emperor Realm, so they accumulated a great deal of wealth over the centuries.

Although Yang Kai was extremely wealthy too, now that he had created High Heaven Palace, he naturally needed to start preparing for the future. There would be at least tens of thousands of people who needed to migrate from Shadowed Star to the Star Boundary, and when that happened, the demand for resources would increase dramatically. Therefore, it was always better to have more assets.

Source Crystals would be the primary resource needed by the disciples of High Heaven Palace for cultivation in the future, while Secret Arts and Secret Techniques could provide a broader path on the Martial Dao for the disciples. As for artifacts, pills, and other auxiliaries, they could serve as rewards for contributing merits…

Delightedly, Yang Kai straightaway transferred everything in the first Space Ring into his own.

When he opened another Space Ring, he found that the loot was even more abundant.

Yang Kai laughed stupidly as Zhu Qing watched him with a frown.

But thinking about it, these Emperor Realm Masters had come to Flowing Shadow City for an auction, specifically to purchase Heaven Grade puppets, so how could they not bring sufficient Source Crystals with them?

These High-Rank Source Crystals probably represented a large proportion of the assets of these Emperors’ respective Sects.

But they all ended up lining Yang Kai’s pocket.

This Space Ring probably belonged to Tan Jun Hao, because Yang Kai found the Dragon Island Token that he handed over before inside as well.

He took out the Dragon Island Token first and threw it into his Sealed World Bead as Yang Kai generally stored his most valuable treasures there while less important things would be kept in his Space Ring.

“Wait!” Zhu Qing, who had been silent the whole time, suddenly shouted.

“What happened?” Yang Kai looked up at her.

“That thing just now…” Zhu Qing took a few steps forward, her tone was a little excited, “Can you show me that token?”

“Are you talking about this?” Yang Kai took out the Dragon Island Token with a flip on his palm in front of Zhu Qing.

“What do you want to do?” Yang Kai quickly clenched his fist around the Dragon Island Token and leaned away while remarking solemnly, “This is mine!”

Zhu Qing stomped her foot, “I know it’s yours. I just want to have a look!”

[Why the hell is this guy acting like he’s guarding against a thief? Would a noble Dragon really want to rob his things?]

The purpose of her leaving Dragon Island this time was to search for the whereabouts of the last remaining Dragon Island Token. Her search had only been delayed because she noticed the Dragon Qi coming from Yang Kai when she passed by Flowing Shadow City.

But she could not believe that she actually found the Dragon Island Token by mistake.

This Dragon Island Token meant a lot to her, so how could Zhu Qing not be thrilled?