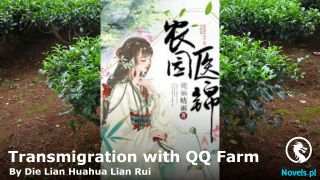 “Is Ming Feizhen your real name? I suppose it must be a mystery, one you can’t share with others. Who are you? Mount Daluo’s Ming Feizhen or Night Fortress’ master? Neither, I would say.” As Luo Ming whispered poison into Ming Feizhen’s ears, he observed every minute reaction out of Ming Feizhen so that he could figure out where to probe, what to feed and in what dose. “What’s your father’s surname? What should your surname be? Not being able to carry your ancestors’ family name must be vexing, huh?

“The imperial court is to blame for Flying General’s tragic death, yet you’re offering them your services? Are you planning to avenge your parents? Based on your abilities, how can you still be alive? What exactly are you after? Are you sucking it up so that you can find a chance to overturn the ruling?”

When Ming Feizhen’s face no longer showed any emotions, triumph came to Luo Ming’s lips: “I finally understand why you can’t disclose you’re Mount Daluo’s senior disciple or being Night Fortress’ master: you’re not supposed to be alive. You fear The Ultimate Three finding you if you publicise your existence, which will bring upon you the same fate as your parents. How sad. All this skill, yet you have no means of putting them to use. How about I kindly share your story with the world on your behalf?”

Ming Feizhen turned his head so that he was looking at Luo Ming out of his peripherals and, in a forlorn tone, responded, “… You done?”

Why does he still sound as though he will still win?

Luo Ming kept up his victorious front, taunting, “You’re just like your shifu. He failed to court Tianfeng Yu; all he could do was take care of her man’s son. You possess prowess at the top of this generation, yet you don’t have the spine to avenge your parents. Living above the clouds on Mount Daluo, far away from the rest of the world, certainly suits you cowards.”

Luo Ming sprawled and scrambled across the floor right after his last word the way a fighter would when caught out and trying to escape via whatever means possible. Once he had moved away, he realised that there was no actual incoming attack. What he felt was nothing more than pure bloodlust down his neck that could undoubtedly penetrate his true qi armour.

There’s only one universal way to get to someone in Divine Realm - via their mind. Anytime someone loses their calm in a fight, they’re highly vulnerable. Like every human being, Divine Realm adepts also have human emotions. Ming Feizhen had finally cracked.

“Pretty moving story.” Ming Feizhen plugged his weapon into the ground, then clapped. “Allow me to also share you a story that will surely also move you.”

Ming Feizhen’s eyes on the massive cauldron read, “Looks sturdy enough.” He braided thin threats inside his sleeve together into a rope and then prepared another five identical ropes, flummoxing Luo Ming. Ming Feizhen then wrapped his clothing around his black blade. In one wave of his hand, Ming Feizhen made six knots on the big cauldron.

“My story is short…” Ming Feizhen simpered: “Have you heard ‘Ten Mountains and Ten Oceans’?”

The tension Ming Feizhen imposed on the six ropes made from celestial spider silk tugged them straight. The grinding sound from the ground wasn’t scary. The possibility that the sound proposed was what shook Luo Ming.

Luo Ming always believed the cauldron was akin to a guardian of Luo Clan as it had accompanied the clan’s growth for a millennium. When he realised what Ming Feizhen was up to, he was at a loss for what to say or do. He always harped on about Repository Sword Theory encompassing all principles of all things in the world. Howbeit, even if he were to read it backwards, upside down or study every stroke in there, he would never find an answer for, “What to do when up against one man who can move an object several tonnes to use as a weapon.”

The huge cauldron that was used as an entrance to the underground area was connected to the ground with innumerable pipes, and there was also the cauldron right at the very bottom drawing on fire from Earth’s core.

His arms and face looked as though somebody painted dark green patterns on them. The last time Ming Feizhen showed that unbecoming, monstrous appearance was years ago. Regardless, he moved the so cauldron so little that using the adjective “mildly” would be an exaggeration.

Luo Ming squeezed his sword hilt: Your arrogance knows no bounds. I shall teach you a lesson on reality.

The cauldron started grinding against the ground increasingly louder as its sliding speed sped up accordingly.

“Garble, garble, garble, blah, blah, blah. You the flipping census department? What the hell is my parents’ business to you?! I haven’t forgotten about you chucking me into the cauldron!” Ming Feizhen retracted his shoulders and grounded himself. As he released all his might in one go, he belted, “Go eat crap!”

The extreme heat coming closer and closer blew as hard as a tornado. The huge objects enlarged before his eyes. It wasn’t Luo Ming’s imagination. The monster he had strove to slay for the last decade didn’t seem so intimidating anymore upon witnessing the gargantuan cauldron zooming through the air.

What can one man do with a sword against a real monster? The beast of Luo Ming’s nightmare wasn’t so terrifying anymore. Monster? How about a Ming Feizhen? If you have a nightmare, there’s one guaranteed way to overcome it: replace it with a worse nightmare.

Until today, the gargantuan cauldron only remained on the ground in Luo Ming’s realm of reality. Henceforth, he would believe it was capable of flight.