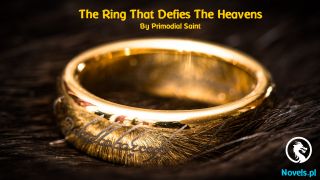 Chapter 5376: I’m Only Punishing One Person

“Don’t enter, Chu Feng!” a shout suddenly echoed from behind.

Two figures had charged into the cavern. They were Ling Sheng’er and Yao Luo. The one who had shouted was Ling Sheng’er, and the three people who had been in the cavern all along were stunned by her arrival.

“Sheng’er, you… When did you awaken your bloodline?” Ling Mo’er stared at her younger sister in a mix of delight and shock.

“Big sister, I have long awakened a portion of my bloodline but I didn’t want to tell anyone, so only Luo'er knows about it,” Ling Sheng’er said.

“You kept it from me even though you told Luo'er?” There was a tinge of sorrow in Ling Mo’er’s voice.

Meanwhile, Ling Sheng’er rushed forward to shield Chu Feng before glaring at Ling Mo’er with confrontational eyes. She knew her older sister well enough to know that the latter wouldn’t easily waver on her decision and that there was a high chance that she might resort to force if her ploy failed.

The sight of that left Ling Mo’er so angry that her lips crooked.

“You traitor! How can you side with that outsider when you haven’t even known him for a long time? Can’t you tell that my spirit power has been sealed? You should be protecting me instead!” Ling Mo’er rarely lashed out at Ling Sheng’er, but she couldn’t hold back her emotions.

She had just experienced the threat of death just a moment ago, and the arrival of her younger sister with her awakened bloodline ability showed her a glimmer of hope. She thought that her younger sister would protect her, but the latter actually sided with the enemy instead.

This chilled her heart.

“You… What kind of little sister have I brought up all this while?!” Ling Mo’er was so angry that her face turned dark.

“Feed this to your older sister,” Chu Feng said as he passed a jade bottle to Ling Sheng’er.

It was only upon seeing the jade bottle that Ling Sheng’er realized that the situation might have developed faster than she had expected.

When she barged into the cavern and saw that Chu Feng hadn’t entered the spirit formation gate, she thought that her older sister hadn’t succeeded in her ploy yet. This led her into thinking that she could keep Chu Feng in the dark as long as she stopped her older sister, thus preserving the earlier harmony in their group.

But it seemed like Chu Feng had already uncovered the truth and curbed her older sister. Just what in the world happened within this short period of time?

Ling Mo’er also lowered her head in shame, not knowing that there were so many loopholes in her scheme. She hadn’t expected Chu Feng to have such keen eyes.

“Does that mean that you have forgiven my older sister?” Ling Sheng’er asked Chu Feng as she glanced at the antidote in her hand.

“I can’t say that I have forgiven her, but I won't make things difficult for her on your account. Regardless of the reason, it’s a fact that she tried to harm me. I’ll have to punish her,” Chu Feng said.

“How do you intend to punish her?” Ling Sheng’er asked worriedly.

Yao Luo was so alarmed upon hearing those words that she blurted out, “You aren’t punishing young miss Mo’er here but us!”

Ling Mo’er angrily glared at Chu Feng and roared, “Punish me if you will, Chu Feng, but don’t drag my younger sister into this!”

“Shut your mouth. You’re the one I’m punishing here!” Chu Feng stepped forward with the intention of forcing Ling Mo’er into the right spirit formation gate.

“Big sister, I don’t think Chu Feng has a reason to lie to us. This is probably the antidote, but you should only take it once you’re inside,” Ling Sheng’er said as she guided her older sister toward the right spirit formation gate.

Ling Mo’er knew that she didn’t have the strength to change the current situation, so she turned to Ling Sheng’er and sent a voice transmission to her, “Sheng’er, you mustn’t trust Chu Feng. He isn’t as docile as he seems; he is a despicable man! My plight should be a warning to you! Make sure you don’t listen to him. Prioritize your safety above all things else!”

“Big sister, you need not worry about it,” Ling Sheng’er said before pushing her older sister into the right spirit formation gate.

This stage was set in a way where one could only leave the spirit formation gate once the test was over, whether it was a success or a failure. Nevertheless, the test would still take time, which meant that Ling Mo’er wouldn’t be able to return right away.

“Let’s get moving too,” Chu Feng said as he made his way to the left spirit formation gate.

“Young master Chu Feng, you should know what my young miss’ stance on this matter is by now. My young miss revealed the fact that she has awakened her bloodline ability to help you, so how could you punish her like that? Isn’t that too much?” Yao Luo grumbled.

She wanted Ling Sheng’er and her to enter the safer right spirit formation gate together with Ling Mo’er.

“I know that your young miss has sided with me, which is why I didn’t make things difficult for Miss Mo’er. I only gave her a small punishment,” Chu Feng replied with a smile.

“You aren’t punishing young miss Mo’er at all; you’re punishing us here! The left spirit formation gate is the dangerous one!” Yao Luo exclaimed in a panic.

“Fine, Miss Yao Luo can decide for herself which one to enter,” Chu Feng said.

“Young miss, didn’t we agree to share fortune and tribulations together? How can you abandon me during a time like this?” Yao Luo stared at Ling Sheng’er grudgingly.

Chu Feng had a newfound respect for Yao Luo upon seeing that. He could tell that Yao Luo was indeed frightened, which meant that it would have taken her much more courage to enter the left spirit formation gate together with Ling Sheng’er. This showed that their bond was true.

A furious roar echoed from the front.

Taking a closer look, they were standing in the midst of a gigantic cavern. Terrifying shrieks and roars could be heard from the other end of the gigantic cavern. Soon, black auras started to flow out and billow like the waves of an ocean. Shadows could be seen lurking in the black aura as if specters waiting for prey to latch onto.

In comparison, Chu Feng and the others appeared like mere specks of dust.

Chu Feng could tell that this was a formation. He couldn’t tell how powerful the formation was, but he could sense how scary it was.

“We’re doomed. We’re doomed!” Yao Luo cried, but she still insisted on standing in front of Ling Sheng’er to shield her.

“Don’t move. No matter what happens, don’t move a single step,” Chu Feng instructed before rushing into the terrifying aura all on his own.

His body was insignificant compared to the flood of black aura, almost as if an ant leaping into the sea. What awaited him was almost certain death.

Yet, as soon as Chu Feng stepped into the black aura, its prowess was suddenly fixed at a level comparable to Blue Dragon God-cloak. The formation had altered its prowess according to the strength of the person challenging the stage, similar to the previous stage.

Nevertheless, it was still a dangerous test.

There were at least tens of thousands of formations lurking inside the black aura. How could Chu Feng solve them all by himself?

Ling Sheng’er was tempted to step forward to help Chu Feng, but Bai Yunqing stopped her, saying, “Miss Sheng’er, you’ll only be causing trouble for my big brother if you step in now.”

In contrast, Bai Yunqing was much more confident in Chu Feng.

Loud explosions suddenly sounded. The light inside the black aura suddenly intensified as if lightning had weaved its way into the dark clouds. Bai Yunqing’s smile crept into a smile. Ling Sheng’er was surprised. Yao Luo was baffled.

Despite the terrifying sounds, the menacing aura in the black aura was swiftly weakening. Before long, a flood of light specks rushed toward their containers almost like torrential rain. It was so much that it took a while before their containers absorbed the final light speck.

“My gosh, why is there so much?” Yao Luo muttered as she excitedly stared at her container, which had started emitting a glow of its own.

“What do you think? Is it still a punishment?” Chu Feng asked from the sky above.

The black aura was quickly receding.

Chu Feng’s container was glowing with incredible luminescence, but Ling Sheng’er and Yao Luo thought that Chu Feng was shining much brighter than that. It was only now that they realized that Chu Feng wasn’t lying when he said that the one he was punishing was Ling Mo’er.

This was practically a reward for them!