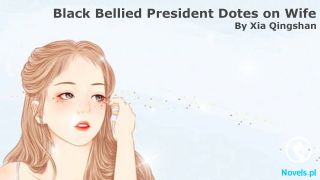 When Pagoda-Bearing Heavenly King Li shouted, it scared Taibai Jinxing, causing his heartbeat to speed up.

Taibai Jinxing says in his heart,&nbsp;damn it, he is starting again! Can’t you just bear with it? Did you get athlete’s foot?!

At this moment, the voice of a man came from outside, “Looks like the patience of a god is not that good.”

Everyone turns around to take a look and realize that it is none other than the Sect Head of Massacre Shrine, Liu Yi!

Liu Yi is currently wearing a Taoist robe, which gives him an immortal look. Behind him is a girl who looks very beautiful. On top of her head is a small crown making her look like a little princess.

She is tied up with a golden rope with the end of the rope in Liu Yi’s hand.

“Hahaha, like I expected, my charm is very great. Without me in Massacre Shrine for a day, it will make you guys panic.”

After all, this is not the first time I got to know him. His face has always been this thick!

If someone asks me what magic equipment’s defensive capability is the best, there is no need to consider it. It will be Liu Yi’s face!

Taibai Jinxing strives to speak before Pagoda-Bearing Heavenly King Li, “Are you Sect Head Liu Yi? Aiyah, I have been looking forward to meeting you for a long time!”

Looking at the old man in front of him, Liu Yi asks, “May I know who you are?”

Taibai Jinxing smiles merrily before pointing at the golden pentagram between his brows, “Do you see this? This mark symbolizes me!”

Liu Yi claps his hand; this&nbsp;guy is a famous person!

“Then the other guy must be Pagoda-Bearing Heavenly King Li, Li Jing, right?”

Liu Yi’s gaze lands on Pagoda-Bearing Heavenly King Li, but unexpectedly he snorts coldly and does not care about him.&nbsp;Damn, yet another arrogant god.

Pagoda-Bearing Heavenly King Li did not say anything while Liu Yi also cannot be bothered to take notice of him. He turns his head to look at Taibai Jinxing and asks with a smile, “May I know what matter did Deity Taibai descend to the mortal world for?”

“I believe that young friend has also heard some news.”

Taibai Jinxing chuckles, “The reason why I descend to the mortal world this time is to hand over an olive branch to you, to offer you amnesty to join our Heavenly Court.”

Liu Yi says in his heart,&nbsp;turning hostility with Heavenly Court into friendship is actually quite good. After all, the real enemy is Qin Imperial Palace.

“But I must say something first. I do not have so much time to go to the Heavenly Court to be an official…, I still have a lot of matters to handle in the secular world.”

Pagoda-Bearing Heavenly King Li says, “Hmph! A mere mortal wishes to become an official of my Heavenly Court! What a joke!”

Momentarily the mood becomes slightly awkward, and Tabai Jinxing hurried to alleviate the atmosphere and says, “Hahaha, this does not matter! It is okay if you do not go to the Heavenly Court to be an official. Our main objective is to give you an official position, and from then on, you will be ranked among the Immortal Records. If you have unfinished business in the secular world, you can remain in the secular world.”

Pagoda-Bearing Heavenly King Li roars, “Taibai Jinxing! What kind of Heavenly Court official are you? Have you forgotten the Heavenly Court’s rules? Celestial beings are not allowed to interfere with the matters of the secular world!”

Taibai Jinxing restrains his temper and says, “Pagoda-Bearing Heavenly King Li, you do not know of this. Although Heavenly Court has this kind of rule, before we left, Jade Emperor gave consent to allow Liu Yi some freedom. After all, he can enjoy some privileges; after all, he is a human; naturally, his predestined love has not ended.”

Liu Yi can understand why Pagoda-Bearing Heavenly King Li is naturally unhappy.&nbsp;He has been an official of the Heavenly Court since a long time ago and has not obtained this kind of privilege. As for me, I suddenly appeared out of nowhere and immediately obtained it; naturally, he will be unhappy and unsatisfied!

But why should I care about him? The moment I see him, he acted arrogantly. Damn it, who does he think he is!

Liu Yi asked, “Then may I know which official position does the Heavenly Court wish to give me? I am slightly nervous.”

Taibai Jinxing suddenly took out a golden Immortal Decree from his sleeve and pulled it open.

A golden light immediately shoots out while Liu Yi says in his heart,&nbsp;don’t tell me that this Immortal Decree is some kind of treasure?

Seeing the group of people standing and sitting down, Pagoda-Bearing Heavenly King Li immediately berates, “How dare you be presumptuous! Seeing the Immortal Decree is like seeing Jade Emperor! Why are you still not kneeling down!”

Pagoda-Bearing Heavenly King Li is very unhappy and shakes off Taibai Jinxing’s hand before standing by the side.

“Thank you, Deity Taibai, for your understanding.”

Liu Yi cups his hand and feels the old man with a golden star between his brows is not bad.

“In the future, we will all be on the same side. There is no need to be so polite.”

Taibai Jinxing laughs before starting to read out the Immortal Decree.

The words at the front are naturally all conventional greetings, while those at the back are then the main point.

Taibai Jinxing laughs as he keeps away the Immortal Decree and stuffs it into Liu Yi’s hand before saying, “True Monarch Liu, from now on, you shall be in charge of the dangers in the human realm.”

Liu Yi suddenly sees the light and the meaning of overlooking the North Office. It is to safeguard the human realm’s safety.&nbsp;Hey! Am I a security guard?

Like I expected. Heavenly Court will not give a major position. But it is also not bad. Hanging up a sinecure and eating Heavenly Court’s meal, it has also become an iron rice bowl!

Taibai Jinxing advises earnestly, “True Monarch Liu, since we had handed over the decree, I hope that you will not follow the bad example of Qin Imperial Palace.”

“Relax.” Liu Yi smiles, “Qin Imperial Palace is our enemy. If one comes, I kill one, two come, I will kill two. You can say that I am the number one person on their wanted list. Talking about the Ten Heavenly Stems, around half have died in my hands. As for the remaining half…haha, let’s say that they run fast!”

“Unexpectedly True Monarch Liu has done such a huge feat!”

Taibai Jinxing hurriedly says, “We should have conferred you Clear Sky Achievement True Monarch instead!”

“Hahaha, both are the same.”

Liu Yi waves his hand, “After all, Qin Imperial Palace is our common enemy. With them around, the six realms will not be in peace.”

“What you say is right.”

Taibai Jinxing nods his head, “From now on, the Heavenly Court and Massacre Shrine are considered as allies.”

Pagoda-Bearing Heavenly King Li says coldly, “What ally! It should be a subordinate relation! When is Massacre Shrine on the equal footing as Heavenly Court!”

Liu Yi waves his hand and says, “My own relationship with Heavenly Court is unrelated to Massacre Shrine. The doctrine of Massacre Shrine is to one day be capable of massacring god!”

The moment this sentence is said, Taibai Jinxing and Pagoda-Bearing Heavenly King Li did not say anything and only looked at each other.

{True Monarch Liu. You should only think about this in your mind, but please don’t say it out loud.}

Taibai Jinxing suddenly transmits his voice to Liu Yi, {There are legends that says that the entire six realms are monitored by the Nine Layer of Heaven…Heavenly Court is like the frontier station of Gods. We are satisfied with the gods. After all, as long as we do not break through to the 7th layer of Heaven, we will be safe and sound.}

By not breaking through to the 7th layer of Heaven, sooner or later, these immortals will have to enter the state of five declines and be caught up in the reincarnation cycle.

This is the scariness of life. Looks like these immortals are all very lamentable.

“Anyway, True Monarch Liu, from now on, you are part of our Heavenly Court. Work hard.”

Taibai Jinxing pats Liu Yi on his shoulder with an expression of ‘brother, I shall be relying on you.’

“Okay. Then I shall not send you off.”

Liu Yi’s reaction is very swift, and instantly notices it. He extends his hand and destroys that small snake!

Liu Yi presses down Zhang Yunyun’s head as he glosses it over, “Apologies, the child, is mischievous…”

This time even Taibai Jinxing did not say anything to alleviate the atmosphere.

He is also staring at Zhang Yunyun with cold sweat covering his face.

Liu Yi senses that something is wrong.&nbsp;What is going on here?

While Zhang Yunyun is delighted,&nbsp;hmph, it looks like Liu Yi is going to be unlucky now! Who asks him to be so proud of himself! Let’s see what he is going to do now!

“True Monarch Liu…you don’t understand…alas, this time even I am unable to help you…”

Taibai Jinxing only sighs, “The implications of Nine Yin Demon Dragon are too big…”

Pagoda-Bearing Heavenly King Li glares at Zhang Yunyun and roars, “Demon! Follow this god back to the Heavenly Court!”

He is dressed in armor and a winged crown. He is holding a pagoda in his left hand as he waves his other hand and instantly grabs a trident!

The impressive image of Pagoda-Bearing Heavenly King Li appears in front of everyone!

“Who dares to touch her!”

Liu Yi also becomes angry as he extends his hand and Through Heaven Sword instantly rumbles and stat shaking none-stop. Instantly, it shrinks until it is three feet long and lands in Liu Yi’s hand. He then points it at King Li, “Don’t blame my sword for being ruthless!”

Pagoda-Bearing Heavenly King Li denounces indignantly, “You are only a small Looking North Official! How dare you point your sword at I! Seeking death!”

“Whoever dares to touch my people, I will behead irregardless of who they are!!”