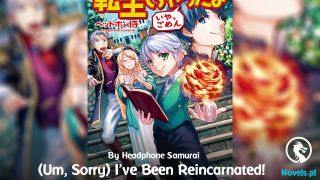 Those were the first words that came out of the mouth of Bafrosk, the chief of the Kaigyaku clan.

“Have you forgotten how many of our people died in that ‘Great Magic War’, or what those filthy humans call it? Do you think we can pretend it never happened and hold hands with them just like that!?”

Bafrosk had the appearance of a human in his mid-40s, with gray hair and gray eyes. He had a fierce look on his face.

“One of our own clansmen, Androgias, was murdered by humans! And yet you ask us to get along with them?”

That was the chief of the Kyouran clan, who had come here despite not being invited.

“Why should we be afraid of those lowly humans!?”

“Humans can come here and beg for forgiveness all they want, and we would still not forgive them!”

On September 8th, the first discussion was held in the Kaigyaku clan’s abode, but more than an actual discussion, it was chaos.

“Please, calm down! Try to be a little bit more rational!”

Not even Jalardos of Shinshoku’s call to attention’s voice was enough to make them listen.

“Everyone! Calm down! Let’s look at our reality!”

Belials of Kugutsu also resolutely tried to get them to listen to reason, but it was no use.

Jin (‘s double) had stayed inside Capricorn 1, which was stationed about 4 kilometers away from the Kaigyaku clan’s abode.

Only Belials and Jalardos had gone to meet with the chief of the Kaigyaku clan… Apart from Ann, who, unbeknownst to either of them, had followed them using the Invisible spell.

And Ann was now secretly relaying what had been discussed there.

“It’s worse than I imagined.”

In the Control Room on Hourai Island, the real Jin let out a sigh.

The radicals were so chaotic that trying to reason with them seemed to be impossible.

“They live quite far away from everyone else… Something must have happened to them during the thousands of years they’ve been moving around from place to place.”

Looking at the footage sent from Anne’s eyes, Jin could see that the radicals seemed physically a bit different from the other demons.

First of all, they were taller. Most of them were 1,80 meters tall, some of them reached 1,90, and a few even reached the 2-meters mark.

Their hair was either gray or black. And most of them had black eyes.

“My Lord, perhaps it is the other way around.”

“It could be said that the radicals are more pure-blooded.”

“Ah, I see. And that’s why they’re magical power is so strong, right?”

It was a plausible theory. However, expanding upon it wouldn’t help solve the current situation, so Jin decided not to pursue it for the time being. He would merely keep an eye on it after the talks were over.

After the long period of words being hurled back and forth had finally subsided, Jalardos of Shinshoku reiterated his posture.

“You have to start thinking about achieving food self-sufficiency! You can’t live without food, it’s common sense! We’re saying your living conditions can be greatly improved with our help!”

However, his desperate appeal was crushed by the words of the radicals.

“Hmph, when we don’t have enough food, we just steal some from the humans. They have a lot of food.”

Bafrosk of Kaigyaku spoke with confidence. But to Jalardos, his words were unfathomable, almost as if they had come out of the mouth of an insane person.

“…Let me ask you one thing. Where does that confidence come from?”

“Because I’ve done my research.”

Then, he raised his voice to make sure everyone else in the room could hear him loud and clear.

“Listen to me, and listen to me well. Humans are susceptible to ‘Magical Exhaust Fever’. They can be easily manipulated with Enslavement Magic. And above all… they are creatures of great desire.”

That was some of the information that the radicals had on humans, which had been mainly gathered by the Kaigyaku clan.

“They are helpless against Gravity Magic. Not to mention the fact that their power at an individual level is far inferior to ours.”

“…But humans outnumber us by a scale of more than a thousand to one of us.

“Hmph, you’re saying tackling them head-on is reckless? But there are many ways to deal with them. We can spread the Fever on them. We can force them to do our bidding and cause them to break their bonds with one another.”

That’s where Belials jumped in.

“That might work against humans. But you seem to be forgetting about the Magi Craft Meister.”

“The Magi Craft Meister, you say?”

“That’s right. You were saying something about Gravity Magic? Well, I’ve heard that that Lardus fellow actually lost.”

For the first time after hearing Jalardos’ remarks, Bafrosk was at a loss for words.

“And you also forgot to mention that the ‘Magical Exhaustion Fever’ was actually dealt with before it could cause a significant amount of damage to the human population. And what’s more, you said that we can make humans do our bidding, but he was found out and ended up escaping, or have you forgotten?”

With that, the rest of the radicals who were still making noise finally became completely quiet.

“Humans themselves might very well be insignificant against us, but the Magi Craft Meister is different, don’t you think?”

“H-Hmph. Certainly, Lardus may have lost. But his opponent was still one single person. If we attack him in large numbers, not even the Magi Craft Meister would be able to deal with us all.”

“You don’t know anything. Even a trivial glimpse of a hint is enough for the Magi Craft Meister to devise any countermeasure. He seems to be far ahead of us in the game already.”

“What are you saying! Have you lost your pride, Jalardos? We might be faced against the Magi Craft Meister, but even he is a human after all.”

“Hmm, that kind of thing is no different from garbage before our overwhelming power.”

“You’re the one who needs to wake up. Don’t forget the pride of us demons!”

Vigorous remarks like that were certainly pleasing to the ear. However, Jalardos knew that the demon race as a whole was currently stepping on thin ice.

“You know as well as I do that those words are just that, empty words. If you really worry about the future of your clan, think with your head. Don’t let your emotions cloud your reason.”

However, Jalardos’ words fell on the deaf ears of Bafrosk and the other demons, who got heated up once again.

“We’re not going to reach an agreement here.”

“You need to change your mind! Please, wake up already!”

Jalardos words came out as a sorrowful plea.

But the radicales were no longer willing to listen. They were just laughing.

(All traps were sorted out without any problems.)

Laojun’s mobile terminal, Laozi, had infiltrated one of the bases of Nega-Doll 001.

(I’ve finally made it this far.)

At this moment, Laozi was closing in on what could be considered to be the base’s Control Room.

He was inside an air-conditioning pipe that was hanging from the base’s ceiling.

He had been crawling slowly at a speed of a certain number of centimeters per hour, and was currently just above this Control Room.

Though Nega-Doll was undoubtedly there, he couldn’t hear his voice.

After all, he had no-one to talk to. The homunculus Nega-Doll 001 didn’t talk to himself.

He hid behind a ceiling board and left the reception of visual input to the Finger Golem. With that, he would reduce the risk of being found out by Nega-Doll 001.

(I see… I have been curious about the meaning of that screen.)

Taking the visual feed perceived by the Finger Golem, Laozi was finally convinced.

He had been wondering how Nega-Doll 001 was able to get information from that screen -which was merely getting brighter and darker at seemingly random intervals- but it soon became clear.

(He can see things that are in a different spectrum.)

Laozi’s vision, as well as that of Reiko, Ann, and the Golems, was finely tuned around the normal visible range… that is, “normal” for humans.

But if the one he was observing could see in a different spectrum, there was a chance that some invisible pieces of information could have already gone unnoticed by Laozi’s eyes.

In terms of wavelength, the normal visible range is approximately 400 to 700 nanometers. Of course, with certain adjustments, it is possible to see ultraviolet rays of less than 400 nanometers and infrared rays of more than 700.

(This is an ultraviolet light of 300 nanometers…)

After adjusting his vision to perceive ultraviolet rays, the letters on the screen became visible.

It was actually not his own vision he adjusted -Laozi was still hiding behind a ceiling board-, but the Finger Golem’s.

It would appear that both homunculi and the distant ancestors of both humans and demons were naturally able to see ultraviolet rays.

Before, the Covert Units had been seen because they hide outside normal, human visible range, and Nega-Doll can see beyond that wavelength.

Laozi thought this time he would be alright, since his own invisibility covered both infrared and ultraviolet rays as well.

His surveillance went on for another 3 days.

(The radicals? …A spy among them? Though it seems that, whoever they are, they disappeared amongst their kind.)

Nega-Doll 001 seemed to be following Jin’s movements through one of the radicals.

(It seems he’s not working alone after all…)

On one single occasion, Nega-Doll 001 had contacted someone else.

As a result, Laojun finally decided against attacking Nega-Doll 001 directly. He realized it would be ill-advised to do anything of the sort before identifying this spy.

He persisted cautiously for a while longer.

And then, the fateful day, September 8th, arrived.

Nega-Doll 001 teleported away somewhere all of a sudden, disappearing right before Laozi’s nose.