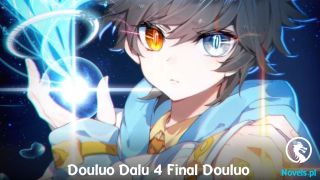 «Loved By An Older Man (Web Novel) - Chapter 1160 Being Unreasonable

Sun Miao did not expect Jiang Yu to see her acting like that just now. She could not help but feel a little annoyed and said, “This isn’t the competition time. Even if you’re a judge, you can’t care so much, right? Or are you just here to quarrel with me?”

Sun Miao sneered, “I think you’re thinking that I’m the one who posted those negative comments about you online, right? I saw it a long time ago, but I think they’re right. You’ve always been biased towards Kang Xue.”

“I haven’t even said anything yet.” Jiang Yu smiled and said, “Forget it, I won’t disturb you. You should practice well.”

As she spoke, Jiang Yu was about to walk past Sun Miao to check on the next contestant.

Sun Miao’s eyes darted around as she quietly extended her leg, wanting to take the opportunity to trip Jiang Yu and see her make a fool of herself.

Unfortunately, Jiang Yu had already noticed Sun Miao’s restless foot from the corner of her eye. Hence, she pretended not to know anything and stepped on it, but she walked over as if nothing had happened.

“Ah!” Sun Miao howled, “Jiang Yu! Are you crazy? You stepped on me on purpose, was it to prevent me from participating in the competition?”

In fact, Jiang Yu did not use too much strength just now. Sun Miao was indeed in pain, but it was only for a short while and the pain disappeared very quickly. However, she could not miss this opportunity to frame Jiang Yu. She was the only one who had walked past her just now. If someone had stepped on her foot, it would definitely be Jiang Yu.

Jiang Yu covered her mouth and pretended to be surprised. “Aiya, did I step on you? I’m really sorry. I didn’t pay attention to where I was going.”

Sun Miao refused to let her off. “I don’t care. You stepped on me. Hurry up and take me to the hospital to see if I’m alright.”

“The crew hired a professional doctor to deal with emergencies. Wait here, I’ll call him over immediately.”

As she spoke, Jiang Yu immediately looked for Director Liu and asked him to help call the doctor over.

Although Director Liu did not know much about Sun Miao’s injury, he still followed Jiang Yu’s instructions and called for the doctor.

When the doctor arrived, Sun Miao was still sitting on the ground, surrounded by a crowd.

Director Liu was helpless at times. He didn’t know why Sun Miao always liked to cause trouble during her live streams.

Could it be that she wanted to gain the attention of the audience? Or was she trying to create a pitiful image to win the sympathy of the audience and also to trample on Jiang Yu’s reputation at the same time?

The doctor squeezed through the crowd and saw Sun Miao sitting on the ground with a pained expression on her face. “It hurts! I don’t think I can feel my feet anymore. Ah, it hurts! It’s all Jiang Yu’s fault! She’s the one who stepped on me!”

Although the people around them did not say anything, they were already looking at Jiang Yu with some disdain.

The doctor squatted down and opened the first aid kit. Just as he was about to touch Sun Miao’s foot, she yelled, “Ah, it hurts! Doctor, can you be gentler! My leg is injured! If it’s too serious, I won’t be able to participate in the competition next week!”

“I haven’t even touched you yet. Besides, it’s not like an elephant stepped on you. It won’t be that serious.” the doctor said, baffled. “Miss Jiang Yu seems very light, you wouldn’t get hurt if she stepped on you.”

“Doctor, what do you know?” Sun Miao retorted. “Do you know how heavy Jiang Yu is? She looks thin and weak, but that doesn’t mean she’s really thin and weak! Besides, I’ve never trained so hard before, so I’ve always taken good care of my feet. How could I not be injured after being stepped on by her?”

The doctor was speechless.

This foot isn’t made of glass, so how serious of an injury could it be? Wasn’t it unreasonable to keep looking for trouble here?

Sun Miao was still unwilling to let the doctor touch her feet. Whenever the doctor tried to reach his hand over, Sun Miao would quickly shout, “It hurts! Don’t touch me! Let me just sit here!”

Hence, the doctor had never had the chance to touch Sun Miao’s foot.

Director Liu was getting impatient. He walked over and asked, “Still not done?”

Director Liu frowned and said to Sun Miao, “Didn’t you say you were injured? Then let the doctor take a look, don’t delay the shooting.”

“But my foot hurts so much.” Sun Miao said with a pained expression. “It hurts so much just from touching it. I can’t even walk now. It’s all because of Jiang Yu. If she didn’t step on my foot, I would never have been injured.”