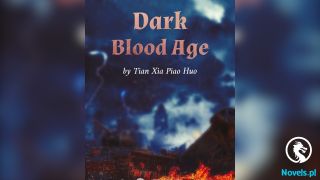 At the same time, Tengda Corporation’s various departments were still progressing in an orderly manner.

Ever since the person-in-charge said that Tengda’s internal segment had become a topic for everyone to participate in online, the substitute people in charge of Tengda’s various departments had temporarily lost their main goal.

The opposing Tengda Alliance had probably been beaten until they were a little dizzy. They had no idea at that moment, so they did not cause any new trouble recently.

Perhaps he was silently accumulating strength, looking for a new breakthrough point! Haoxiu Gym was the most miserable. It was the first company to be defeated in the anti-Tengda Alliance. It was already set to withdraw even though it was still struggling.

He could only say that he dug his own grave!

Ordinary consumers would not have any sympathy for it because it stood on the opposite side of Tengda.

Fitness enthusiasts would not sympathize with it because it did not provide outstanding services to customers at all. Instead, they would think of ways to cheat money.

Once he got involved with those internet celebrity trainers, many things would be unclear. You said that you were serving customers, but who would believe what you did? On the other hand, when the anti-Tengda Alliance saw that Haoxiu Gym was completely defeated and could not be supported, they would only comfort it verbally and would definitely not help Haoxiu Gym bleed.

They might even curse in secret: How useless. They were defeated so quickly!

No matter how he thought about it, Boss Pei was probably the only one who would feel heartache while enjoying fitness.

Both sides temporarily gave up. The substitute in-charge of Tengda Corporation continued to busy themselves with their work. There were still two months until the “low-level” event.

As for the people in charge of the other departments, they continued working hard at the foundation.

Ma Yiqun was at the base level of Thriller Hostel, working with Ruan Guangjian to design a new haunted house.

The two of them racked their brains every day on designing. Ruan Guangjian was in charge of designing the concept art and the art style while Ma Yiqun combined the art style with the background to think of the details.

Ma Yiqun did not plan to give a detailed and comprehensive background story. Instead, he thought about disassembling, disrupting, and turning the plot into a fragmented plot like Repent and be Saved. Then, he would stuff it into various corners of the haunted house.

That way, if he wanted to escape the haunted house in advance, he would have to complete the challenge and collect these plots.

What’s more, he could not restore a complete plot after collecting it. He could only piece these fragmented plots together and add his own imagination to find a general direction.

It was a pity that he could not imagine the right content even though he had found the plot. All his hard work could be instantly reduced to zero.

That was obviously making the design of the entire haunted house more thrilling!

There might be a special subject in the future, “Thriller Hostel”. It would study the real plot hidden in Thriller Hostel through various clues.

This job reminded Ma Yiqun of the excited feeling he had when he first started working on Repent and be Saved!

On the other side, Hu Xianbin was editing at Zhongdian Chinese Network.

Hu Xianbin was a game designer. He had thought that he would not be able to adapt to being an editor. He had already planned to apply for overtime and work hard to learn. In the end, he realized that it was unexpectedly smooth after he started.

He picked it up very quickly!

After a simple chat with Zhu Xinan, he realized that the two matters had similarities to a certain extent.

Be it creating games or writing novels, they had to follow the objective laws of the industry.

The reason why many people found it difficult to enter the industry was because they thought too highly of themselves and regarded their own subjective feelings as the objective laws of the industry. This blind confidence would become a huge resistance.

On the other hand, Hu Xianbin did not have such resistance at all, so the conversion would be especially smooth.

On top of that, Hu Xianbin had also used his experience as the person-in-charge of the games department to re-examine Zhongdian Chinese Network. He realized that this website actually had many flaws.

For example, the design of some functions was not reasonable, and the recommendation mechanism was not efficient and transparent. Many activities looked good, but in fact, they were not attractive at all compared to the activities made in the game.

However, Ma Yiqun had not truly been in charge of the games department after all. He had not been personally guided by Boss Pei. He was lacking in this aspect.

Some operations were not that outstanding.

Therefore, Hu Xianbin had also found his own direction. He would learn while working as an editor and come up with a modified plan so that the entire website’s operating system could be like a game, maximizing the participation of ordinary users, making all activities efficient and novel!

Both of them had never entered Tengda’s games department and knew nothing about games.

Fish-Catching Internet Cafe and Fish-Catching Take-Out might have done very well but they had never experienced the creative atmosphere of the games department. They had not understood this spirit. They were still lacking.

That was because of the unique work flow and working atmosphere!

Tengda’s games department was the department that emphasized imagination and creativity. Everyone could express their thoughts and contribute their strategies. The person-in-charge had to integrate these good suggestions so that the game would have unlimited possibilities.

On the other hand, Xiao Peng and Rui Yuchen realized that both of them might have placed too much emphasis on infrastructure when they were working at Fish-Catching Internet Cafe and Fish-Catching Take-Out. However, they had not fully stimulated the imagination of the employees. He immediately felt the difference when compared to Tengda’s games department!

Therefore, they planned to continue learning seriously. They would return to their original department after the lower-level activities ended and work hard to pass on the spirit and atmosphere of Tengda Games!

Rui Yuchen might have done a episode of “The person-in-charge said” previously, dismantling the routine and explained the fact that other take-out platforms would definitely continue to squeeze merchants and delivery men to pursue scale expansion and form a monopoly but they were still lacking a lot of data support after all.

It could make people’s eyes light up and think, but it was very difficult to make people believe

Yu Pingan felt that there were many outstanding young scholars and experts in his Useful App. If he could study the model of other take-out platforms in depth through these experts and scholars, he would definitely be able to reach a more convincing conclusion combined with some real data!

At the same time, Upwind Logistics, which Boss Pei valued the most, was also changing.

His father was a coal boss. The biggest characteristic of a coal boss was that it would definitely not interfere with the decisions of professionals. It would fully respect the objective rules of every industry.

That was because if he did not respect professional rules and forcefully interfered when mining charcoal, he would die. There would be a major safety accident!

Xue Zhebin was in charge of Upwind Logistics. Every step he took was very solid. He would not worry about suddenly messing up the originally good department.

For a department like Upwind Logistics, nothing was more important than stability. The original person-in-charge of Deposit Fitness, Guo Licheng, was a delivery man at the bottom of Upwind Logistics.

In fact, Guo Licheng did not think too much about choosing departments. He simply felt that his body was the strongest. This job might be relatively torturous, so he volunteered.

Reality proved that Upwind Logistics’ work was indeed not very heavy. Guo Licheng still had the energy to go to the gym to train after delivering the goods every day. Tengda Corporation and the anti-Tengda Alliance tacitly gave up and entered a temporary state of rest. However, everyone knew that this was only the calm before the storm.

The anti-tengda alliance might be retreating but they would definitely not give up.

The next battle between both sides could explode in any field!

At the same time, in the headquarters of Shengyun Corporation in Shanghai. Nie Yunsheng looked at the strategy report submitted by the anti-Tengda Alliance think tank and frowned. He looked very dissatisfied.

“Why are there still so many old tricks? Don’t these people know that these tricks cannot cause any damage to Tengda?” Nie Yunsheng originally thought that transferring outstanding talents from various companies to form a think tank would change the current situation.

However, he did not expect it to be the same. None of the ideas raised by the think tank made Nie Yunsheng’s eyes light up! In fact, this can’t blame these strategists for being stupid.

Was there really such a huge gap between the strategists of the two countries in ancient times? Obviously not.

However, the situation of the two countries was different. Some countries had strong national strength, abundant military strength, clear political intelligence, and wise monarchs. Then, these strategists would have a lot of room to play and could come up with a series of strategies based on their advantages.

An outstanding strategy was a plan that had been planned throughout history.

On the other hand, even if Zhuge Wu was still alive, he would not be able to salvage the situation on the weaker side.

That was because he had too few cards in his hand. There were only so many cards left. Even a clever housewife cannot cook without rice!

This was exactly the same as the Tengda Corporation and the anti-Tengda alliance.

On the surface, Tengda Corporation looked far inferior to the anti-Tengda Alliance, but it had too many cards to play.

On the other hand, it was useless even if there were so many talents in the anti-Tengda Alliance. That was because many real and effective strategies were not in line with the essence of the Tengda Alliance. They could not be implemented at all.

Since that was the case, why did he propose these strategies to make himself look bad?

Nie Yunsheng was watching when he suddenly heard a knock on the door.

A Vice-President rushed in and said, “Boss Nie, look, Upwind Logistics is doing a new job!”

“They actually found a muscle man with a particularly good figure to deliver the package. Now, that picture is going viral online!”