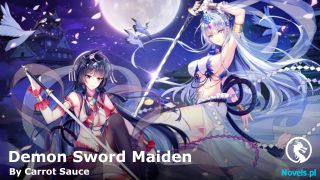 The opening episode of ‘Successor’ was a push-up shot in the sky above the city.

It was just like the push-ups that appeared in many superhero movies. A magnificent modern city sat on the east coast. Several cruises floated on the vast sea, and there were tall buildings built of steel and concrete. It was a prosperous scene.

The sky was already dark. The sky was a little dark, and there were still pattering raindrops, causing the entire city to be covered in a layer of fog.

The camera gradually lowered. It could be seen from the appearance of tall buildings and the details of the billboards on them that this was a city in Western countries.

The camera continued to lower as they arrived at a wide and deserted street.

This city might be very prosperous but there were no cars on the road on rainy nights. It gave people an inexplicable sense of danger.

A sports car zoomed by, with loud music playing inside.

A handsome young man with blond hair and a tall figure was showing off his sports car driving skills with one hand. His other hand was rubbing the voluptuous thighs of his female partner, who was wearing silk pants.

This was obviously the protagonist, Phil.

The camera panned forward from the back seat. Phil’s handsome side profile and his partner’s charming and welcoming expression could be seen.

The rain brush swayed. The visibility of the road in front of him was not high, but the obviously empty road, the music that made his adrenaline surge, and the touch of his hand made Phil very excited. After he stepped on the accelerator, the sports car roared, and the speed meter and time table began to swing crazily.

However, at that moment, a burly man suddenly appeared in the middle of the road and blocked Phil’s way!

Phil subconsciously cursed as he slammed on the brakes amidst the woman’s screams!

The friction between the tires and the road on the rainy night made a sharp sound. The sports car still hit this strong man who was like a small mountain.

After a loud bang, the camera spun, and the airbag exploded. Phil fell into a semi-coma.

However, the car door was violently pulled open and a thick arm dragged Phil out of the car.

Phil, who was held by one hand, swayed in front of the camera. The bright red tie floated back and forth like the long tongue of a hanging ghost.

The following content was the plot that Meng Chang had already seen in the original novel.

The strong man brought Phil to the rooftop of a nearby building. Phil was so scared that he was crying. Fortunately, two superheroes arrived in time. The next day, Phil’s ugly picture of him crying and his image destroyed was on the front page.

Obviously, Director Zhu Xiaoce had respected the original content during filming. He had only maximized the performance of the entire story with the camera.

For example, in the beginning, the camera kept lowering from the sky above the city. Finally, it showed the scene of Phil’s car accident through the perspective of the car. Many details were hidden in the camera. There was rich information hidden while entering the topic.

In terms of the plot’s performance, the specific graphics and sounds were obviously much better than the thin text.

Phil’s frightened soul had also been completely displayed through the camera. It even gave people some slight discomfort under the exquisite acting of this young actor.

After all, it was rare for a protagonist to be so cowardly right from the start.

The plot after that was roughly based on the original work of ‘Successor’. However, there were some changes in the specific narrative order. Director Zhu Xiaoce used the method of movies and dramas to slightly disrupt the original linear story, creating more suspense. At the same time, many classic scenes became more infectious and performanceful.

What’s more, the specific format of the same plot was different for novels and movies.

For example, there was a part of the text that explained Phil’s motive for personally sponsoring a superhero talent show.

There was a natural disadvantage for rich people to participate in talent shows. The audience preferred ordinary heroes with tragic backgrounds and strong sense of social responsibility.

If a rich man participated in a talent show and gave money to the judges, he would easily be boycotted by the audience. That was why Phil decided to make his own talent show, ‘Successor’.

In the original text, Cui Geng’s description of this paragraph was very normal. It was explained based on Phil’s conversation with his father and Phil’s own thoughts.

Such an expression method was not particularly outstanding in novels, much less in movies and dramas.

Thus, Zhu Xiaoce changed his expression and arranged for Phil to watch and observe the plot of other superhero talent shows.

The plot showed the difference in treatment of the audience when rich and common heroes participated in the talent show. The entire plot seemed smoother and more natural to the audience.

The specific details had also changed.

When Cui Geng wrote the original story, he had looked up a lot of relevant information and planned the entire story background for a long time. However, there was a limit to a person’s efforts after all.

Cui Geng had never lived in the United States, so he definitely did not perform well in many details. There were even mistakes.

Director Zhu Xiaoce brought the scriptwriter team of Fei Huang Workspace to redo the details of the entire story. He also exchanged opinions with the script writers in the United States and made up for the gaps in the details.

Meng Chang also got a copy. He flipped through it briefly and matched the original plot that he had seen before.

According to the plan of the ‘Successor’ series, there were a total of 12 episodes. The first three episodes were equivalent to a quarter of the plot.

The first three episodes mainly included: Phil was kidnapped and made the headlines, flew into a rage in his mansion, smashed things, and even beat up the maid and butler;

He proposed to his father to become a superhero and observe other talent shows;

The next three parts of the plot were:

Episode four to six: The viewership of ‘Successor’ continued to soar, and there were many tricks in the program. Phil became like a fish in water;

The black man in Phil’s team obtained second place with outstanding performance. Phil had also changed everyone’s impression of him through the ‘Successor’ talent show. However, he did not use this opportunity to become a superhero and hid himself.

There was a kidnapping in Hope City. The daughter of a rich businessman was killed. Phil began to bombard the three superheroes who participated in the rescue online.

Episode seven to nine: Phil was in charge of everything behind the scenes. He stood in the perspective of God and harvested the people’s trust in him. However, he was still unwilling to become a superhero. He only reluctantly agreed to review the relevant events on Twitter.

Phil’s black apprentice fell into a coma when he was carrying out a mission. Phil used this opportunity to finally decide to become a superhero, but he was rejected by the Superhero Association.

Not only was Phil not angry, but he was also very happy. He even began to prepare the superhero program to participate in the Superhero election.

The last three episodes: Phil chose the right representative group and won the first battle of the election. However, he quickly welcomed the crazy counterattack of the superheroes. Both sides exploded in dirt and scandal, but Phil had already firmly tied his fans to him through the information cocoon house.

In the end, Phil successfully pulled down the current strongest superhero and replaced him through a huge public safety event, reaching the peak of his strength.

Compared to Cui Geng’s original novel, the content of ‘Successor’ was considered half done.

That was because according to Cui Geng’s plan, Phil becoming the strongest superhero was only the first half of the story. It could also be regarded as “Phil’s dirty history”.

In the second half of the plot, Phil would be attacked by traditional interest groups and emerging superheroes. He would face even more serious challenges.

However, Phil continued to suppress his dissidents through various dirty methods and the power in his hands. He squeezed the superheroes dry, made them his vassals, and deceived the people with fake criminal data. Instead, he sat steadily on the supreme throne of superheroes.

The current 12 episodes of ‘Successor’ only planned the part of ‘Phil’s Dirty History’.

On one hand, it was because the capacity of the series was limited. That was why it could only show so much content. On the other hand, it was also because the latter half of the plot was not as exciting as the first half.

It was not difficult to feel this.

The latter half was the strengthening and supplement of the first half. It was just like the sequels of many outstanding series. It could only be said that the plot was quite standard and passable. However, it no longer gave people the fresh feeling that the first half of the plot gave.

Thus, he only planned the first half of the revision for ‘Successor’. He was still in the midst of investigating if he wanted to release the second half.

If he did not produce it, it would not be bad to leave half of the plot empty as the ending.

Phil had become the strongest superhero, but he was facing the double challenge of the old and new factions. Would he be driven off the pedestal by the traditional factions and the ‘anti-Philist’, or would he firmly rule and cause the entire Hope City to fall into endless darkness?

Everyone should have different answers in their hearts.

Obviously, the audience had less room for similarity according to the original ending.

Huang Sibo asked apprehensively, “Boss Pei, what do you think?”

In his heart, he thought that even if there was any blame, it would be Zhu Xiaoce’s fault. After all, he was still suffering during the filming of this episode.

In fact, when Huang Sibo took over, the filming was almost done. It would be difficult to change it even if he wanted to.

They could edit the video again, but they had already decided on the filming materials. Forcefully editing the video would only make it worse.

Huang Sibo paused for a moment and said, “The first three episodes might look more sullen, but that’s the story structure. It’s very difficult to change.”